11 of the Best Vegan Cookbooks by Black Authors

Way too often, people think vegan food tastes like cardboard or is just plain bland and boring. However, with this list of vegan cookbooks by black authors, you will find that this is not the case.

If you are thinking of becoming vegan and want to explore food from numerous cultures, these books are for you. Trust us; you won't want to return to your old eating habits!

And, if you cook for your meat-eating friends, you may just convince them to go vegan also. 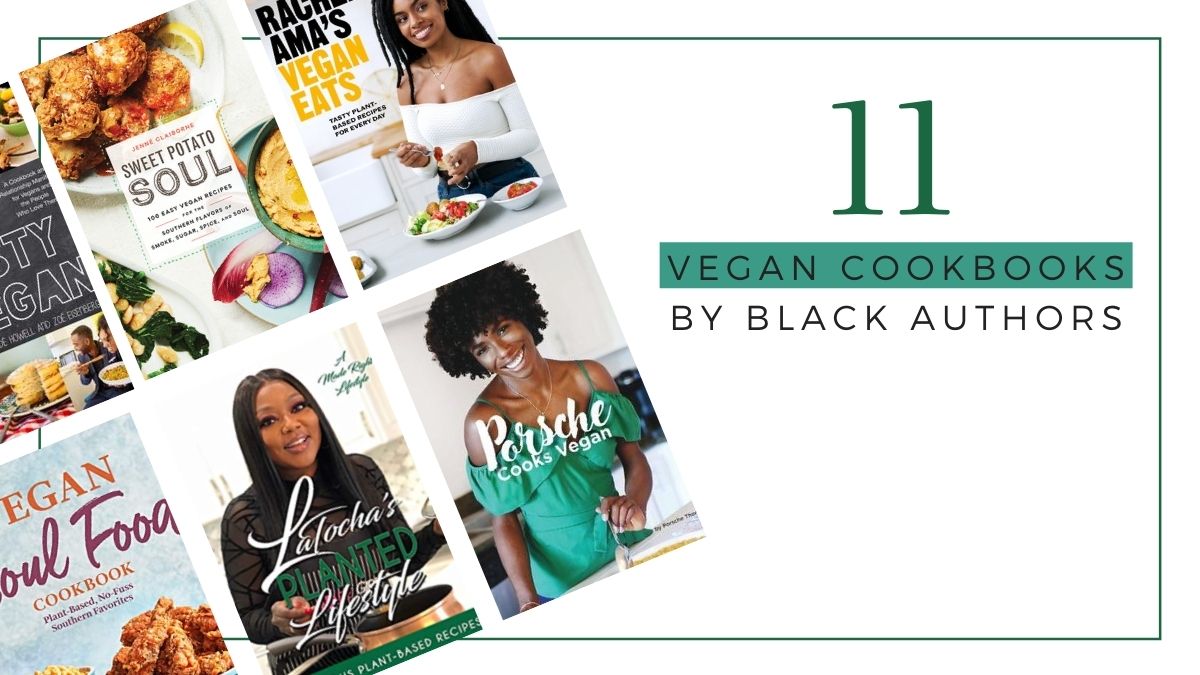 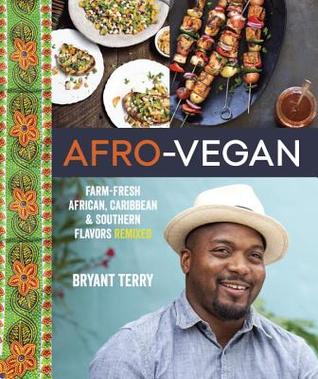 If you're looking for a change in your diet, the Afro-Vegan cookbook is here to help. Bryant Terry's new book offers vegan and vegetarian recipes worldwide with fresh ingredients, and many of them are easy to make! This cookbook provides an alternative way of life that will have you feeling healthier than ever before. Not only does it offer delicious meals, but it also provides insight into how different cultures approach food differently.

It is full of plant-based dishes that will excite your taste buds while providing a healthy balance in your lifestyle. The recipes use spices from Caribbean cuisine as well as rich spices from Africa to create flavorful dishes with complex flavors.

Mr. Terry has numerous books on began cooking, so feel free to check out his others. 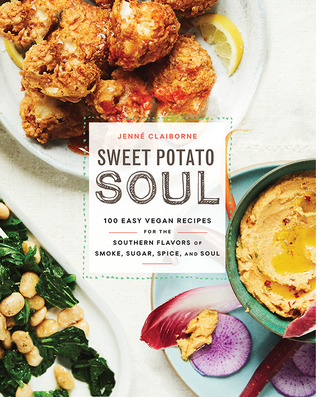 This book is perfect for anyone looking to incorporate healthier vegan recipes into their diet. We love sweet potatoes, so this book was a must-have for me! It has one hundred easy vegan recipes that are healthy and taste great. If you want to try something new or are transitioning to veganism, these simple recipes will help you feel good about your choices. You can even make them ahead of time if you're busy because they take less than thirty minutes from start to finish! Some of these include Jalapeno Hush Puppies, Sweet Potato-Tahini Cookies, and others.

Another benefit of this book is that Claiborne also goes into the health benefits of the ingredients. These include ones such as mustard, okra, dandelions (!), and so many more. So not only will you be getting a cookbook that helps you make excellent Southern food, you'll learn about so much more. 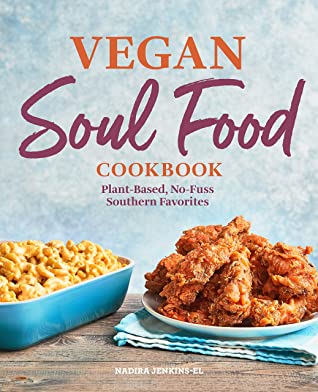 Nadira Jenkins-El is a woman on a mission. She wants to prove that vegan soul food can be healthy, scrumptious, and cruelty-free. As an African American raised in the south, she knows how important it is to have soul food from her culture available for vegans. She also knows that it is to be shared with the rest of the world because it is delicious.

In this cookbook, Nadira shares recipes from her childhood which are all veganized, and some new dishes as well. Recipes include macaroni and cheese made with cashews; collard greens with smoked tofu; okra gumbo; sweet potato pie cake; Southern-fried cauliflower bites with buttermilk ranch dipping sauce. Trust us, this is one of the best vegan cookbooks by black authors on our shelf. Jenkins-El has other books about vegan cooking that are also working checking out! 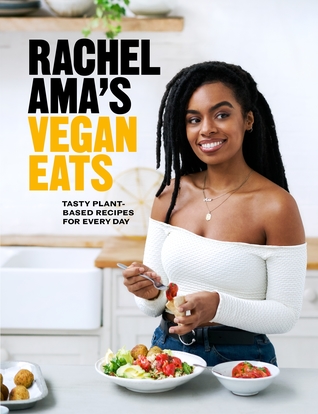 Rachel Ama is a vegan food blogger who has dedicated her life to creating delicious plant-based recipes that are not only healthy for you but easy as well. In this cookbook, she shares over 100 of her favorite recipes from breakfast all the way through dessert! From tofu scrambles and smoothies to lasagna and chocolate cake, there's sure to be something in here for everyone.

We love this book because many of her recipes are adapted from her West African and Caribbean roots. It also includes color photographs to know precisely what your dish should look like when it's finished. So, if you want to eat healthier or just love tasty vegan eats, make sure to check out Rachel Ama's Vegan Eats: Tasty Plant-Based Recipes for Every Day. 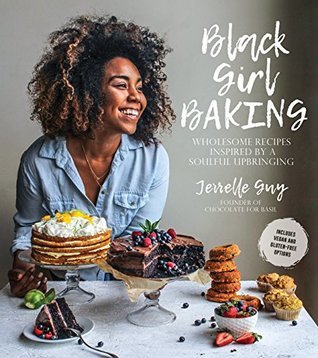 Soul food is a term that conjures up images of hearty dishes like fried chicken, macaroni and cheese, or collard greens. Jerrelle Guy’s new cookbook Black Girl Baking: Wholesome Recipes Inspired by a Soulful Life has recipes for all these soul-warming favorites as well as some lighter options.

One of the reasons this one of the great cookbooks by black authors is that her background is diverse. She is from the USA's south, raised in Florida, while her mother was from Guam.

It also offers tips on making the most out of your kitchen tools, navigating gluten-free baking, and more. Whether you are looking for something sweet or savory, this book will have something for everyone!

6. The Lusty Vegan: A Cookbook and Relationship Manifesto for Vegans and Those Who Love Them 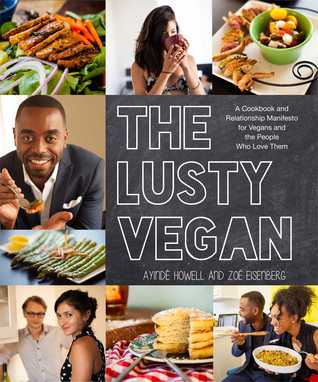 This is one of our favorite vegan cookbooks by black authors since it is so much more than just a cookbook. The Lusty Vegan: A Cookbook Relationship and Manifesto is a book written by Ayinde Howell, who also happens to be the founder of the blog 'The Lusty Vegan.' The book contains many vegan recipes, as well as stories of how he met his wife. He uses this opportunity to share some tasty recipes with you and give him and Zoe both give their opinions on much of what is happening in today’s society.

He and Zoe also discuss how neither of them dated another vegan until meeting each other even though they are vegan. So, instead of just making this another cookbook, they decided to help others understand how to bridge the differences between carnivores and vegans.

7. Ageless Vegan: The Secret to Living a Long and Healthy Plant-Based Life 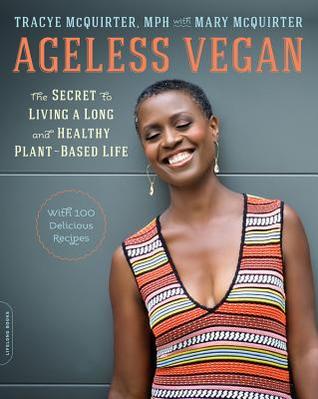 Tracye and her mom put together 100 of their favorite vegan recipes in this beautiful cookbook. However, the stories behind them and how to make the healthiest choices in your life are just as important. They describe nutrition and what it means to you and your body, how to make sure you have the right ingredients for vegan cooking, and how it has allowed them to stay healthy for decades.

We love that they also have a 14-step guide to help you move towards being a vegan. The book is written as if you are friends and just having discussions about life. And, of course, the recipes are delicious beyond belief. This is one of our favorites of the vegan cookbooks by black authors since you get to see the relationship between her mother and her while also learning how to be healthier!

8. In Bibi's Kitchen: The Recipes and Stories of Grandmothers from the Eight African Countries that Touch the Indian Ocean 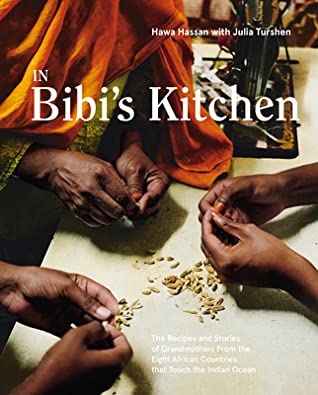 Cooking is more than just a method of making food; it is an experience. In this incredible cookbook, you will get the feel of what it is like to eat vegan food from all around the world. And when we write that, we really mean it.

The word "Bibi" means "Grandmother" in Swahili, and being around them is precisely what Hassan wants you to feel like in this book. It will take you on a journey through eight African countries, giving insight into each culture along with their unique dishes. If you want to learn about different cultures while also learning how to cook delicious meals, then this book is for you!

The recipes are some of the most fun, innovative, and engaging that we've seen anywhere. We felt like we were there, with the Bibis, as we learned to cook from this book. 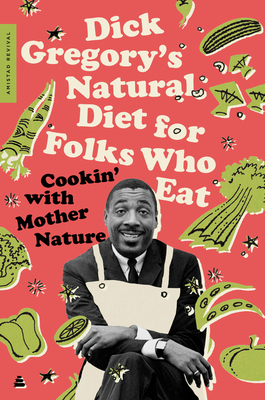 If you don’t know about Dick Gregory, he was a famous actor and comedian back in the 70s and 80s in the USA. He was also known to be a strong advocate for equality, civil rights, and environmental activism.

This book will be helpful to anyone wanting to eat better, lose weight and live a healthier lifestyle. The recipes are delicious and easy to follow, and he even has suggestions on how to adapt drinks containing alcohol into natural and healthy ones.

Readers who have been following the diet plan from this cookbook swear by it, including celebrities such as Oprah Winfrey, John Legend, and the Golden State Warriors’ Draymond Green. This book always leaves Aram and me laughing while allowing us to be our best selves. 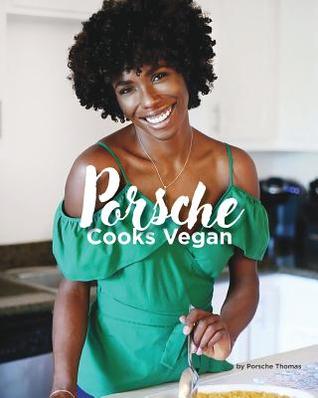 Written by: Porsche A. Thomas

Porsche Thomas is a bit of a star in the world of vegan cooking since she is Russel Simmons' chef and won the Food Network's show Chopped.

She first became interested in food at age 13 when she began to experiment with vegetarianism, and then later on, as an adult, she became vegan. The recipes within this book are inspired by her travels worldwide, offering dishes that will impress not only vegans but also everyone who loves great-tasting food.

This cookbook offers over 100 tasty plant-based recipes that even meat-eaters will love!  Thomas's style is friendly and inviting, ensuring you feel like you're learning how to make these new recipes alongside her. 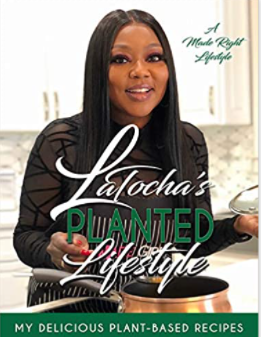 LaTocha Scott-Bivens first became famous as one of the stars of the platinum award-winning group, Xscape. We love their music, and it is fun to play it as we cook, and for that reason, this is one of the vegan cookbooks by black authors that we love.

Because of her notoriety, she’s been able to help others learn about vegan cooking and the vegan lifestyle through the years. Not only does this book deliver incredible tasting food, but LaTocha also advises on how to build a garden to help you save some money and grow your own food.

She's been featured in the Huffington Post, The Guardian, and numerous other publications.