As a historian, Michael Beschloss has a keen understanding of the past and how it can shape the future. In his books, he weaves together fascinating stories with deep insight to create a rich tapestry of our shared history.

Whether you're looking to learn more about presidents or presidential elections, Beschloss is sure to have a book that will capture your interest. 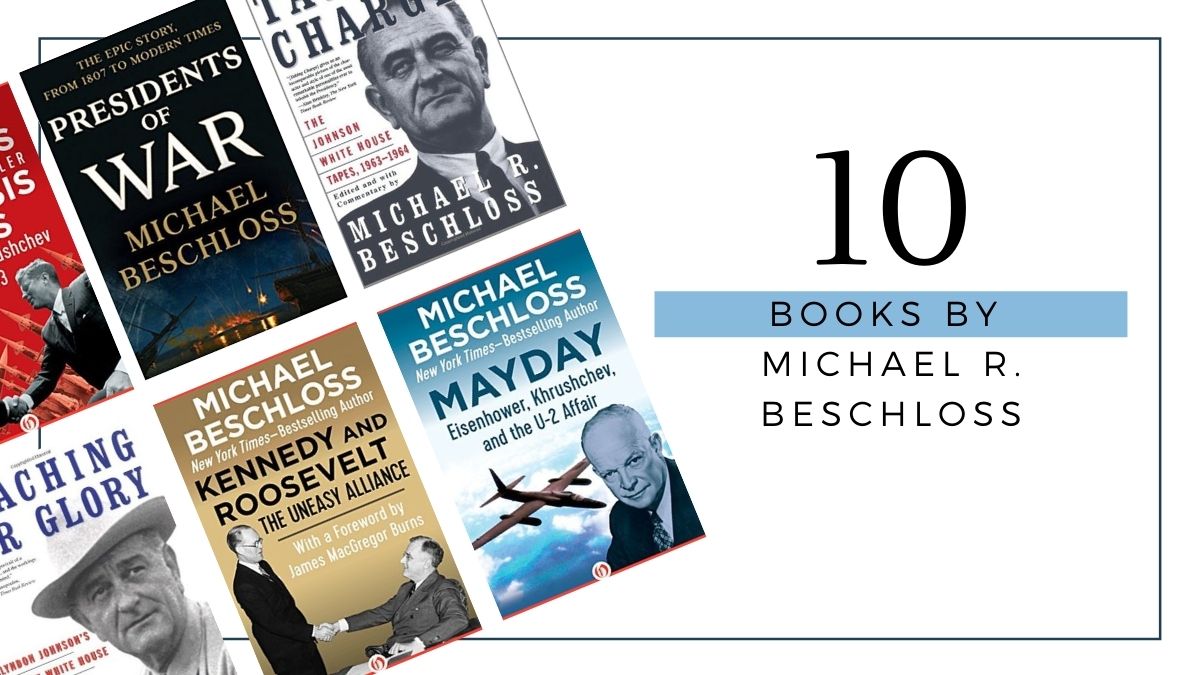 1. Kennedy and Roosevelt: The Uneasy Alliance 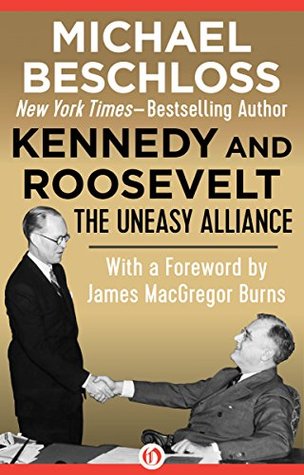 This book examines the relationship between Joseph Kennedy and Franklin D. Roosevelt in the first half of the 20th century. Both men wanted to be in power and do as much as possible to get it. This includes using each other, sometimes helping and sometimes hurting the other person.

However, there are many issues that they disagreed on. One of which was Kennedy’s willingness to appease Hitler, while Roosevelt was utterly against this. Kennedy believed that democracies and dictatorships could trade and work together; Roosevelt was appalled and knew it wouldn’t work.

Even though there were so many problems between them, Kennedy still stumped for Roosevelt in 1940 because he knew that his election was the only way that the USA could help the Allies win the war. Interestingly enough, Roosevelt campaigned for John F. Kennedy in 1960.

2. Mayday: Eisenhower, Khrushchev, and the U-2 Affair 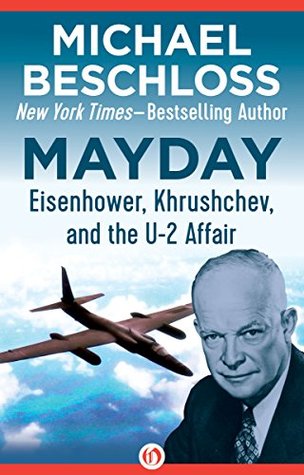 In May 1960, Soviet leader Nikita Khrushchev and American President Dwight Eisenhower were locked in a tense standoff over the fate of an American U-2 spy plane that had been shot down in Soviet territory. The pilot, Francis Gary Powers, survived, but Eisenhower had to decide whether to admit to allowing the spy mission or blame the CIA.

The incident brought the two superpowers to the brink of war and ultimately resulted in a diplomatic triumph for Eisenhower. In this book, you learn about all the intrigue, cover-ups, and the possibility for nuclear war, because of this one mistake.

Beschloss draws on previously unseen documents, diaries, and interviews with many of the key players. Even though this story is fact-based, you will feel like it is a spy thriller almost too impossible to believe.

3. The Presidents of the United States of America 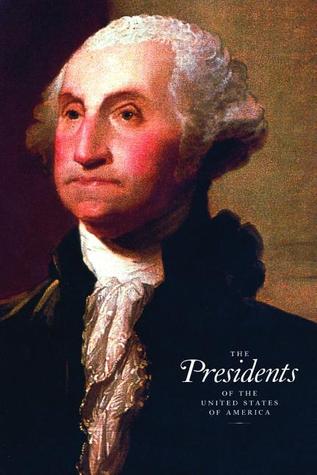 This is a masterpiece of information regarding every president, starting with George Washington and continuing until George W. Bush. We know about Thomas Jefferson, Teddy Roosevelt, Harry Truman, Jimmy Carter, and Ronald Reagan. However, some so many other presidents have basically been forgotten through history.

Many presidents have accomplishments and errors that have been forgotten since they haven't been written about previously. This book fills in the history of some lesser-known ones, such as Herbert Hoover, John Tyler, and others.

The details and information that Beschloss can compile are outstanding, especially considering how much of it has been lost through time. No matter how much you think you know about any of the past presidents, you will find out something new.

This book is sometimes titled American Heritage History of the Presidents. 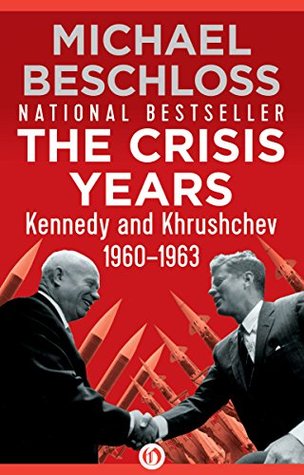 This book tells the story of how President John F. Kennedy and Soviet Premier Nikita Khrushchev navigated the dangerous years of the Cold War. From the Berlin Wall to the failed Bay of Pigs invasion to the Cuban Missile Crisis, Beschloss paints a picture of two leaders who were constantly testing each other's resolve.

With the world on the brink of nuclear war, Kennedy and Khrushchev played a high-stakes game of chicken that could have ended in disaster. Luckily, cooler heads prevailed, and both sides backed down from the brink. The Crisis Years is a fascinating account of those pivotal years in American and Soviet history.

Using declassified documents and interviews with the players at this crucial time, this book shows just how close the world came to destruction and how hard everyone worked to prevent it.

5. At the Highest Levels: The Inside Story of the End of the Cold War 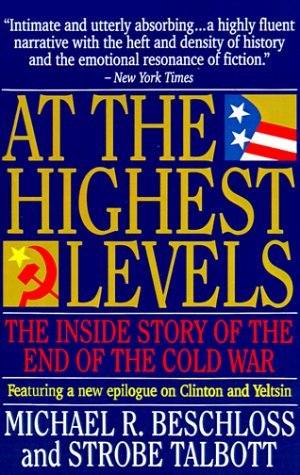 On December 3, 1989, ABC News aired an interview with Soviet leader Mikhail Gorbachev that would change the course of history. In the interview, Gorbachev announced his plans to end the Cold War and work toward a more peaceful future with the United States. The Berlin Wall was coming down.

At its heart is a delicate dance for power between two men who were rivals and mutual respecters: President George H.W. Bush and Mikhail Gorbachev, General Secretary of the Communist Party of the Soviet Union.

Drawing on recently declassified documents from both U.S. and Soviet archives, Michael Beschloss tells the inside story of how top American and Soviet officials brought an end to the Cold War. 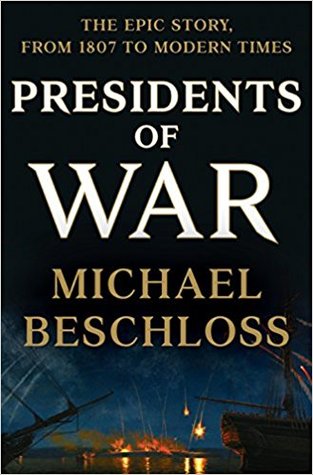 This book focuses on the presidents who were in power when the USA went to war with other nations. Beschloss starts the book with Jefferson and then Madison's role in the War of 1812 and continues until the Vietnam War. You will learn about the history and then look at the other possibilities and decide for yourself which would have been the best.

Three main themes are written about in this book. The first is about how complicated being president is since so many people have different ideas and you have so much pressure to be perfect. The second is that the US seems to go to war when we are belittled or treated disrespectfully rather than for more rational reasons.

Lastly, we still don't have a designated way to determine how and when we should go to war after all this time. 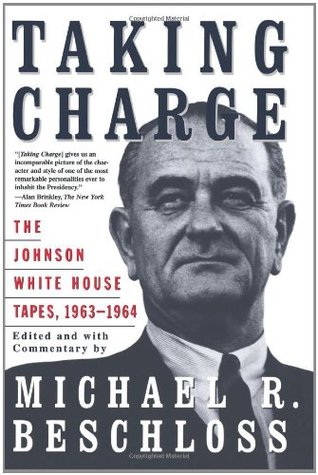 In this incredible book, Michael Beschloss brings to light a series of never-before-heard recordings made by President Lyndon B. Johnson in the Oval Office and elsewhere. These tapes provide an intimate and objective view of a leader grappling with momentous decisions during one of the most tumultuous years in American history.

From the assassination of John F. Kennedy to the passage of historic civil rights legislation, these recordings offer an unprecedented look at how a president governed during a time of great challenge and change.

It is incredible to hear some of the most essential conversations regarding civil rights, the Vietnam War, and how he dealt with others during his presidency. 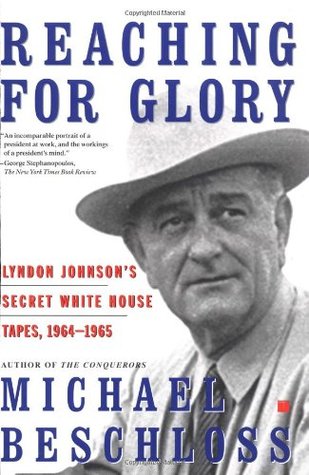 Simply stated, LBJ could have been one of the greatest presidents in U.S. history. However, he was often caught between a rock and a hard place. Since he had already started recording conversations at the White House, we get an inside look into his re-election and how he would say one thing in public and then another in private.

It is amazing to see Johnson constantly fight back and forth with himself and others, trying to figure out the right thing to do and then if he follows through with it. Examples include wanting more civil rights for African Americans but still not being entirely devoted because he didn't want to lose the South.

He is willing to leak information on his opponent, Barry Goldwater, to win the election. There is also his public and very vocal support for the Vietnam war, while his tapes show that he was sure we could not win.

9. The Conquerors: Roosevelt, Truman and the Destruction of Hitler's Germany, 1941–1945 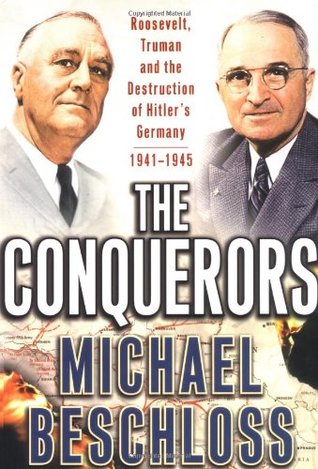 This book primarily deals with 1943 to 1945 as the Allies thought they were about to win the war. During this time, Stalin, Churchill, and FDR met in Tehran for extensive discussions on handling Germany after the war ended.

Stalin wanted to make an example of their mistake by killing 50,000 soldiers. Amazingly, FDR agreed, and Churchill sanely did not. Stalin later said he was joking, but who is to know?

One of the prominent personalities is FDR's friend and Treasury Secretary Henry Morgenthau. After learning of the concentration camps, he wanted Roosevelt to intercede immediately. Sadly, FDR did not seem to think that it was important enough at that point.

Morgenthau also believed that Germany should be severely punished for the war, with an example of that being that they could only eat the food they grew. FDR seemed to support it, but Churchill and Stalin would not. After FDR died, President Truman stopped the plan and met with Churchill and Stalin again.

As history shows, they decided to help instead of hurt Germany. 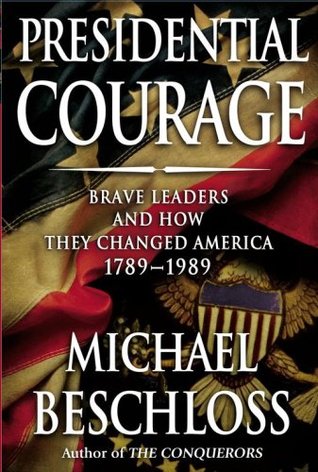 Focusing on the years between 1789 and 1989, Beschloss highlights the most courageous of the 39 Presidents and their actions. You may think you know the presidents, but many of these are not widely known. Each one gets a short section on their lives and the presidency.

Some of the stories investigated include Truman's fight to build a Jewish state, Kennedy and how and why civil rights became important to him, and John Adams stopped a possible war with France.

It is very intriguing to see how they made their decisions and conclusions.

Even at their best, like all of us, they have times of weakness and greatness.