10 Fascinating Reads about the Mexican-American War

The Mexican American War is one of the most important events in American history. It led to the annexation of a huge swath of territory from Mexico, including what are now California, Utah, Nevada, and parts of New Mexico, Arizona, and Colorado.

This conflict also resulted in the United States becoming a major world power.

Even though war has been written about extensively, few know much about it.

Here are ten of the best Mexican-American War books that we think you will enjoy. 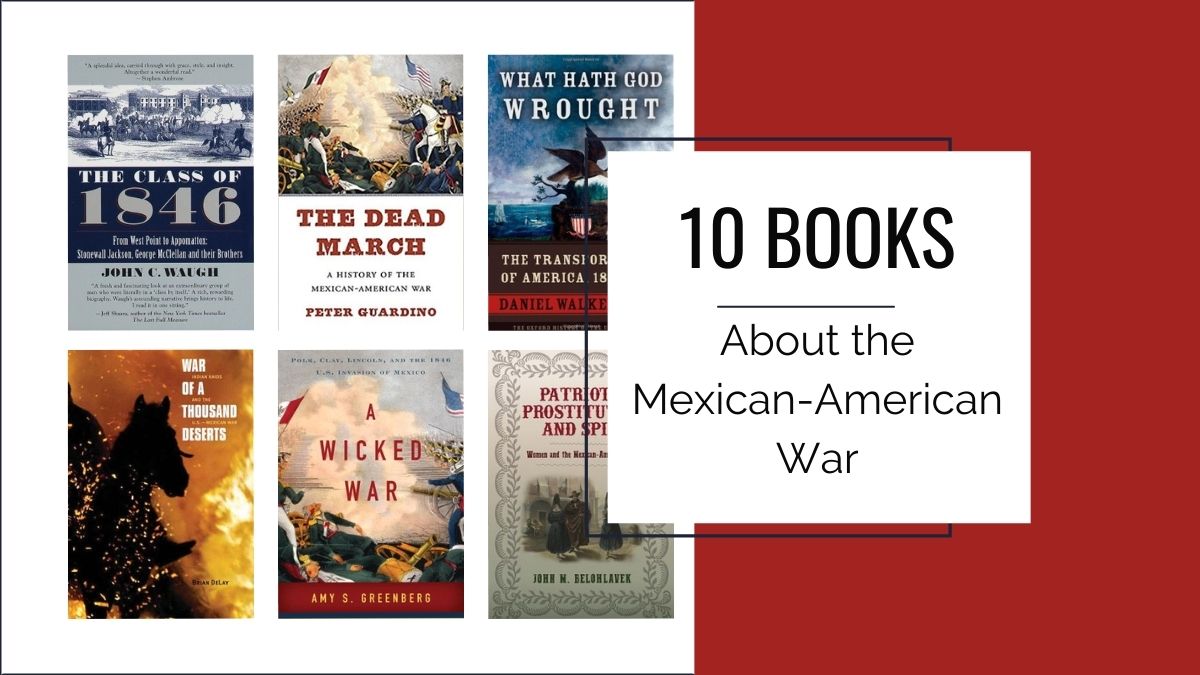 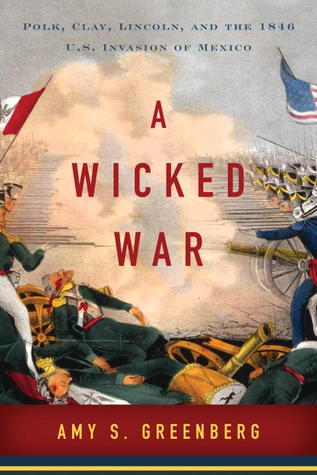 It is often said that the victors write history. In the case of the 1846 U.S. invasion of Mexico, history has been somewhat revisionist in its portrayal of those involved. People often don’t even realize that this was the first war that the U.S. would fight against another nation.

In this book, Greenberg shines a light on the little-known story of how President James K. Polk deliberately provoked and misled Congress into declaring war on Mexico. It also follows how Lincoln started gaining power, Polk's wife was just as politically knowledgeable as any man, and more.

This timely and provocative book offers fresh insights into one of America's most overlooked military campaigns and casts new light on some of our nation's most celebrated historical figures.

2. A Country of Vast Designs: James K. Polk, the Mexican War and the Conquest of the American Continent 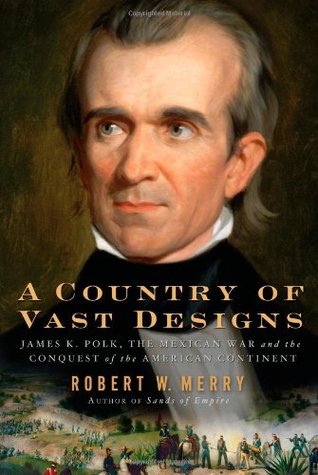 A detailed and well-researched book, Merry offers readers a comprehensive look at how then-President James K. Polk used the Mexican-American War as a tool to fulfill his American expansion goals.

Polk's vision for Manifest Destiny is brought to life through historical accounts of his presidency and interactions with other important political figures of the time. Some include Andrew Jackson, James Buchanan, Thomas Hart Benton, and others.

This book gives readers an in-depth exploration of how Manifest Destiny became a reality under Polk's rule. If you're interested in learning more about America's 19th-century history and how this little-known war came to be, this book is definitely for you. 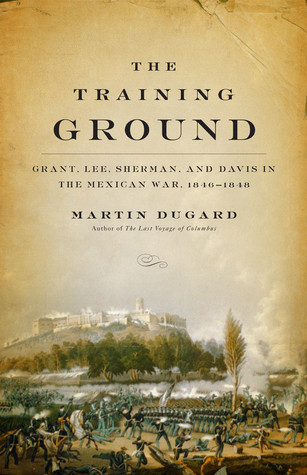 As we know, few people know about the Mexican-American War of 1846-1848. It was a small war in relative terms, but it had a significant impact on the future of America.

This conflict was where some of America's most famous Civil War generals started. Men like Ulysses S. Grant, Robert E. Lee, and William T. Sherman saw action in this little-known war.

They also learned the strategies and tactics that would eventually lead them to victory in the Civil War. This war was a training ground for these men, and it proved to be an invaluable experience for them. 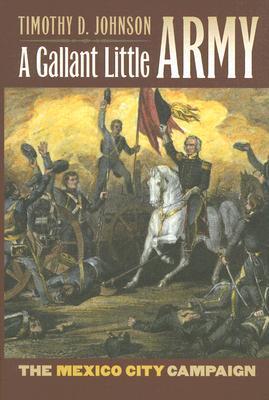 The Mexico City Campaign by Timothy D. Johnson is a detailed history of General Winfield Scott's invasion and campaign to take the Mexican capital.

Focusing on the operational level, Johnson does an excellent job of bringing to life the challenges faced by both armies as they fought their way from Veracruz to Mexico City. Even though he could be one of the most powerful adversaries in battle, he also allowed the beaten to sue for peace and not be slaughtered.

The book is well written and exhaustively researched, providing readers with a comprehensive understanding of this essential but often overlooked campaign. 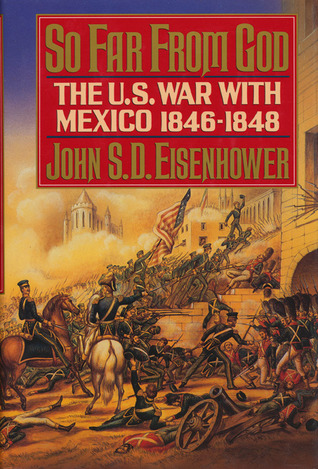 It isn't easy to overstate the importance of John S.D. Eisenhower's book. It provides a comprehensive and engaging account of one of American history's most significant military conflicts. Still, it also sheds new light on the motivations and thinking of both the Mexican and American governments at the time.

In addition, Eisenhower's analysis is fresh and provocative, offering readers a unique perspective on this crucial period in our country's past. Not only that, but the way that the Mexican people were treated is still entirely relevant in today’s time.

6. War of a Thousand Deserts: Indian Raids and the U.S.-Mexican War 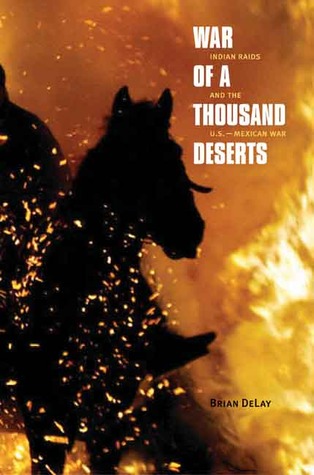 With the United States and Mexico engaged in a brutal conflict Mexican-American War, most people don’t think of the native people at this time. However, various Indian tribes took advantage of the situation by raiding American and Mexican settlements along the frontier.

This book looks at the stories of these raids and their impact on the course of the war. DeLay's extensive research brings new light to this often-overlooked aspect of the conflict.

As he argues, the depredations committed by Indian raiders were a significant factor in shaping how both sides viewed and prosecuted the war. This is an essential read for anyone interested in learning about a lesser-known part of the war.

7. What Hath God Wrought: The Transformation of America, 1815 – 1848 (The Oxford History of the United States) 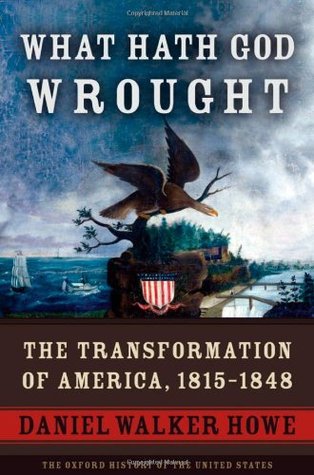 In 1815, the United States was a fledgling nation, just starting to find its footing on the world stage. However, America would undergo a dramatic transformation over the next three decades, emerging as a powerful and influential force on the global stage.

Daniel Howe explores how this transformation came about, tracing the country's development from 1815 to 1848.

Along the way, he highlights some of the key figures and events that shaped America during this time, including the Mexican-American War and so much more surrounding it.

8. The Dead March: A History of the Mexican-American War 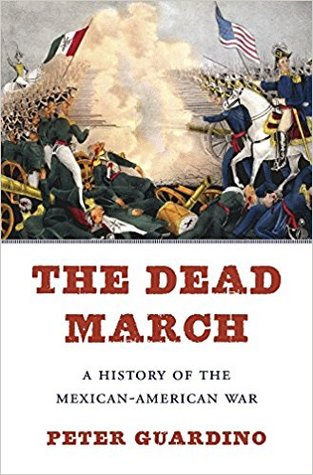 Peter Guardino's The Dead March: A History of the Mexican-American War is an engaging, well-researched account of one of America's most forgotten wars.

From the initial clashes along the Rio Grande to General Winfield Scott's brutal march to Mexico City, Guardino brings to life the soldiers, civilians, and leaders on both sides of the conflict.

This book is unique because it looks at viewpoints from both the American and the Mexican sides instead of just one. His book provides a much-needed corrective to the standard view of the Mexican-American War and offers a more nuanced understanding of this chapter in U.S. history.

9. The Class of 1846: From West Point to Appomattox: Stonewall Jackson, George McClellan, and Their Brothers 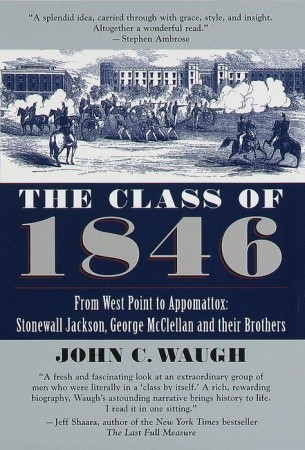 In 1846, a group of young men graduated from the United States Military Academy at West Point. These men would become some of the most famous and successful military leaders in American history.

They fought in some of the most pivotal battles of the Mexican-American War and the Civil War and led their troops to victory time and time again. Among these men was Stonewall Jackson, who would become one of the Confederacy's most legendary generals. George McClellan, who would command Union troops at Gettysburg; and Ulysses S. Grant, who would become General-in-Chief of all Union armies and later be elected president of the United States.

We found this book interesting because it goes into so much detail about the people in the war and their lives before and after it.

10. Patriots, Prostitutes, and Spies: Women and the Mexican-American War 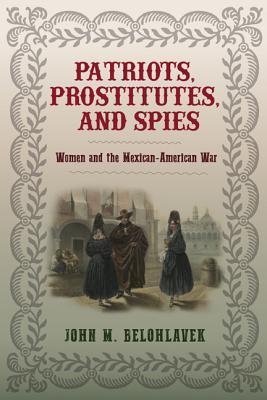 The Mexican-American War was a complex and fascinating conflict, one in which women played an important role on both sides of the border. While historians have long examined the roles of men in the war, few have studied the contributions of women.

This lack of attention is surprising, given that women participated in a wide variety of activities such as producing supplies for the war effort, spying, smuggling, and prostitution.

This book explores why they became involved in the conflict and what they did to help their respective armies.