Discover a list of the best Martin Gilbert books. Sir Martin Gilbert was the official biographer of Winston Churchill for many years. He is known to be one of the most respected historians ever.

His books on Churchill, both World Wars, the Holocaust, and much more have been best sellers for years. In 1990 he became a Commander of the British Empire and then was awarded a knighthood in 1995. 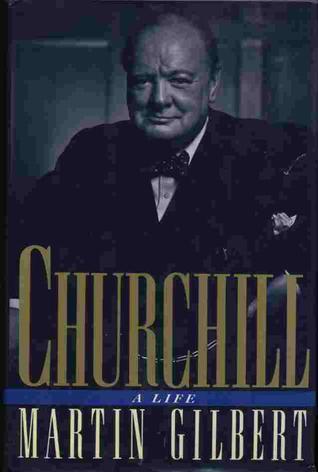 Churchill: A Life is a biography of the 20th century's most influential and controversial leader. Martin Gilbert, Churchill’s official biographer, has written this book as a culmination of his work on Churchill for more than twenty-five years. The meticulous research and fair-minded analysis make this volume an indispensable contribution to any study of Britain in modern times.

This book provides new insights into Winston Churchill's life and career; it also reveals how he grappled with some of the most challenging decisions ever made by a British politician. Written with intelligence, insight, wit, and compassion, these volumes deserve their place alongside the finest examples of English historical writing about our age." This biography is over 1,000 pages and will allow you to learn everything you've ever wanted to know about this remarkable man. 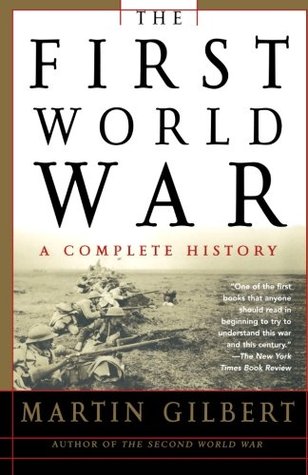 The First World War: A Complete History is a complete and comprehensive history of the first world war. The book covers not only the military and diplomatic events but also the social, economic, and cultural aspects of this global conflict that changed the face of Europe for generations to come. It was published in 1975, and it's now considered one of the best books about WWI ever written.

This non-fiction book has been praised by readers who say it provides an unbiased view of such a controversial event in human history with its complexities, controversies, and contradictions. Many detailed maps are included, which help readers understand where exactly battles took place or what areas were occupied during WWI.

3. The Holocaust: The Jewish Tragedy 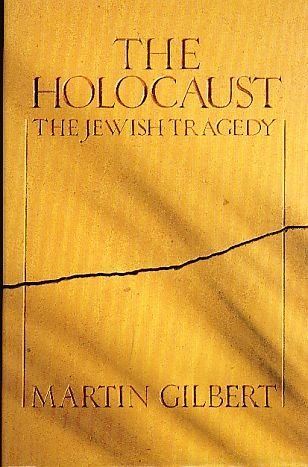 Martin Gilbert's book The Holocaust: The Jewish Tragedy is one of the most essential and well-known books on the subject. It provides a comprehensive account of what happened during World War II to Jews in Europe, emphasizing Nazi Germany, Austria, Poland, France, Holland, Czechoslovakia, and Hungary.

This includes Hitler's rise to power in 1933 through his death in 1945, and the events leading up to WWII. Gilbert has written many other books about WWII, including Auschwitz and D-Day, so this is not his first time writing about these topics. He also uses the descriptions of the people who were abused, tortured, and ultimately led to slaughter to help you understand the reality of their existence.

Gilbert states that he was frustrated with previous accounts of the Holocaust because they either omitted facts or were biased towards one side. This realization is why he wrote this in-depth history of this evil event.

>> More books about the Holocaust 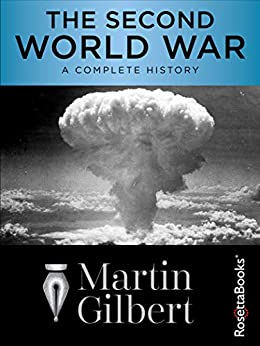 The Second World War: A Complete History by Martin Gilbert is a comprehensive and readable account of this monumental conflict. The book begins with the events leading up to the war, from Hitler's rise in Germany to Stalin's domination in Russia, and analyzes its aftermath. In between are accounts of battles on land, at sea, and in the air; campaigns and generals; resistance movements and secret operations; as well as everyday life during wartime.

Written by one of our most distinguished historians, it provides a uniquely authoritative voice for interpreting this complex history while conveying the human experience that was so often lost amid global conflict. This latest volume completes a landmark work that began with The First World War: A Complete History, published over 25 years ago.

5. A History of the Twentieth Century: The Concise Edition of the Acclaimed World History 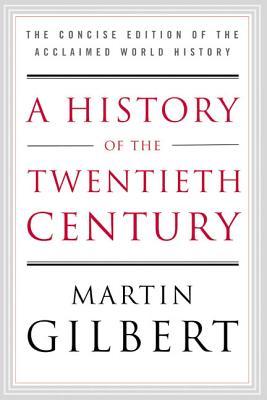 The twentieth century was a time of significant historical events. The world had seen the rise and fall of many empires, a World War, and the beginning of space travel. This book is a concise version that takes some highlights from this amazing period in history, including political changes, wars fought, technological advances made during these hundred years. It also discusses how profound these events were for human civilization as we know it today.

This book details significant events such as WWI and WWII but does not go into extensive detail on any one occasion, so it covers many important topics without being too long or boring to read through. Although each chapter can be read individually on its own, there are connections between them all because they occur over the same period. 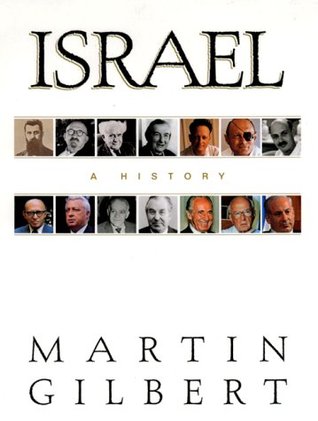 It is often forgotten that Israel has a long history. The modern state of Israel was founded in 1948, but the region's history stretches back to biblical times. This book by Martin Gilbert tells the story of Jewish people living in their historic homeland for thousands of years before and after Jesus Christ lived among them.

It also covers how they were persecuted throughout history and during WWII when Nazi Germany killed many Jews. It then focuses on Israel becoming its nation and what has occurred, both the good and bad, since then. If you're interested in learning more about the unique country of Israel, you will enjoy this book.

7. The Righteous: The Unsung Heroes of the Holocaust 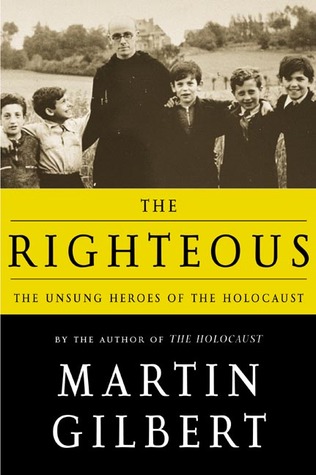 The Righteous: The Unsung Heroes of the Holocaust is a book that honors those who risked their lives to save Jews from the Nazis during World War II. This story tells about these brave souls and other heroes such as Oskar Schindler and Raoul Wallenberg. It also looks at the people who didn't become famous and helped in more minor ways. It's essential for people today to remember what happened to prevent future atrocities from occurring.

In this compelling work, author Martin Gilbert sheds light on some of the most heroic individuals in history. He uses first-hand accounts and eyewitness testimonies to bring these stories back into perspective never to forget them again. By reading this book, one can better understand how much courage was involved with saving innocent lives when capture meant a death sentence. 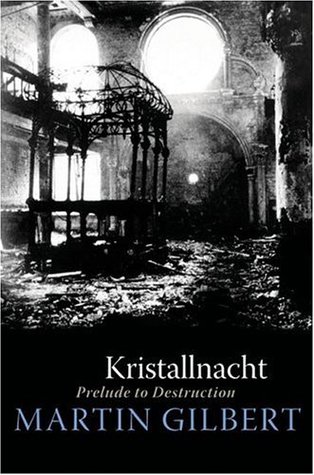 On November 9, 1938, the Nazis burned down synagogues and vandalized Jewish homes and shops in a horrific event known as Kristallnacht or "The Night of Broken Glass." This was not the first time their fellow citizens attacked Jews, but it would be one of many steps taken before they attempted to exterminate them all.

Martin Gilbert's book talks about this dark day in history through eyewitness accounts, including Nazi soldiers who participated in the destruction. Using over fifty newly discovered testimonies and information gathered from other sources, you will find the truth of what happened here.

Kristallnacht: Prelude to Destruction looks at an important date in history with first-hand accounts that will give readers insight into what exactly happened during this horrific event.

9. The Somme: Heroism and Horror in the First World War 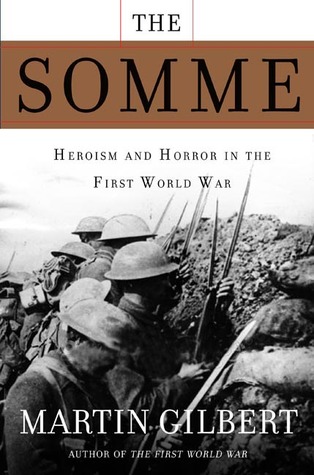 On July 1, 1916, the British Army launched an attack on the German trenches at the Somme. The battle lasted for nearly five months and resulted in more than a million casualties. Martin Gilbert's book offers a vivid account of this pivotal event in history that marked "a turning point in world history."

The Somme: Heroism and Horror in World War One by Martin Gilbert is filled with detailed accounts of battles, strategies, tactics, troop movements, medical care, food supply lines-all the minute details that make up this account of one of humanity's most horrific wars. He uses interviews and notes from simple soldiers all the way to the most powerful generals.

He also included maps, photos, journals, and more so you can get an even more in-depth account of what happened here.

This comprehensive look into what was once considered one of Europe's bloodiest battlefields would leave readers with an understanding of what happened and why it mattered to the countries fighting this war. 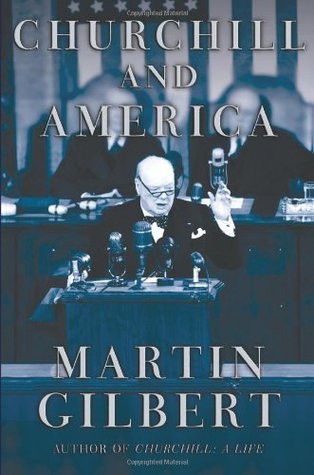 Martin Gilbert's book, Churchill and America, is an excellent read for anyone interested in the relationship between these two countries. It gives an intimate look at how Winston Churchill shaped America's role in WWII and what this meant for the future of both nations. Although it is an academic work, Gilbert does not write in a dry or dull way, and he makes history exciting and accessible with his writing style.

The book includes many quotes from people who knew both Churchill and Roosevelt to give readers a sense of what it was like to be with them during the war years when they were shaping their countries' futures together. Some illustrations capture key moments, such as Roosevelt sitting next to Churchill on HMS Prince of Wales when they celebrated victory over Japan after working together.

Sir Martin Gilbert was the official biographer of Winston Churchill for many years. He is known to be one of the most respected historians ever.

His books on Churchill, both World Wars, the Holocaust, and much more have been best sellers for years.

In 1990, he became a Commander of the British Empire and then was awarded a knighthood in 1995.