Many people are familiar with the story of Lewis and Clark, but what books are out there that tell their story in more depth? This list includes some of the most popular titles about the famed explorers.

Whether you're looking for a more details about their journey, those that traveled with them or their lives, there is sure to be something on this list that fits your needs. So get ready to learn more about Lewis and Clark than you ever thought possible! 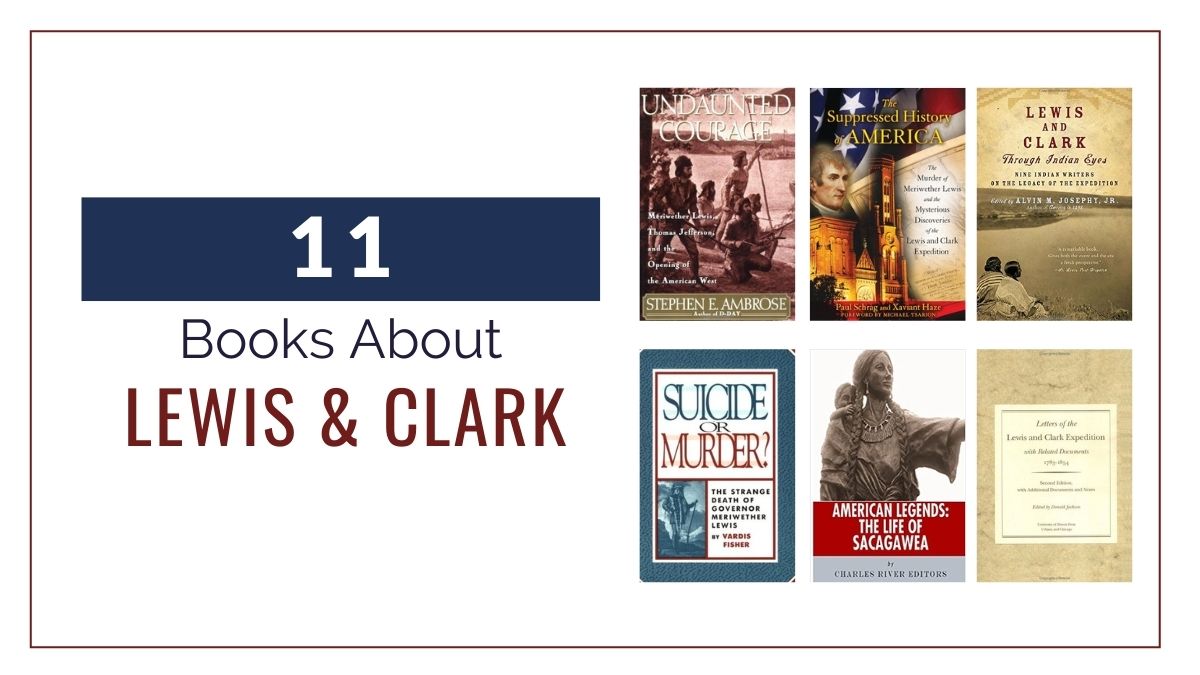 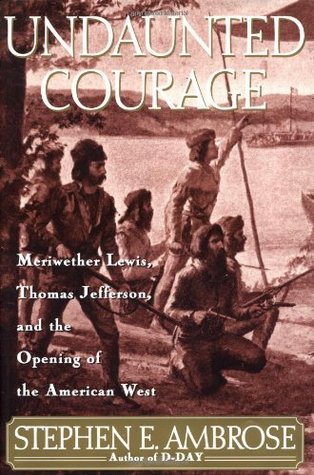 In July of 1804, a group of 33 brave explorers left St. Louis on an epic journey that would change the course of history. They traveled over 2,000 miles, encountering all sorts of obstacles and problems along the way to the West Coast. But what is often forgotten is that it was also an epic journey of exploration — one that opened up the untamed wilds of the American frontier. In this riveting new book, historian Stephen Ambrose tells the complete story of the expedition for the first time, from start to finish.

Drawing on interviews with descendants of the expedition's participants, as well as other newly unearthed sources, Ambrose brings to life all the uncertainties and dangers faced by Lewis and Clark — as well as their extraordinary discoveries.

2. The Journals of Lewis and Clark 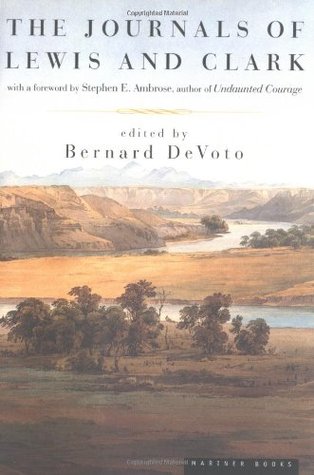 In 1804, Meriwether Lewis and William Clark were commissioned by President Thomas Jefferson to explore the uncharted American West. For two years, they traveled up the Missouri River, filled with hope and anticipation of what lay ahead. The result of their journey was a remarkable document: The Journals of Lewis and Clark.

This book provides an eyewitness account of the explorers' encounters with Native Americans, their arduous travels across mountains and prairies, and their discoveries of new wildlife and plants. Today, this book stands as one of America's most important historical documents and a unique testament to the courage and perseverance of two extraordinary men and their team. It is written by the two men who led this fantastic journey. It is a must-read for anyone wanting to see the trip from their eyes.

3. Lewis & Clark: The Journey of the Corps of Discovery 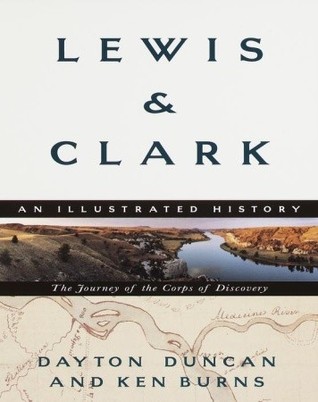 In 1804, President Thomas Jefferson selected Meriwether Lewis and William Clark to lead an expedition to explore the newly purchased Louisiana Territory. The goal was to find a route to the Pacific Ocean and establish diplomatic ties with the Native American tribes in the region. The journey of the Corps of Discovery would take them across uncharted territory, including the treacherous Rocky Mountains, before they were able to reach their destination.

Not only did it take eighteen months, but it also was over eight thousand miles to the West Coast and back. Thanks to Lewis and Clark's determination and courage, they made it safely to the Pacific Coast and returned home with an invaluable trove of knowledge about this new frontier.

4. The Character of Meriwether Lewis: Explorer in the Wilderness 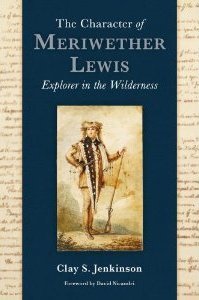 We all know about the travails of bother Lewis and Clark, but we don't know much about the men. So the question is, who was Meriwether Lewis and what was he like as a man? Clay Jenkinson answers these questions and more in his book, The Character of Meriwether Lewis: Explorer in the Wilderness. Drawing on journals and letters from Lewis' contemporaries, as well as archaeological evidence, Jenkinson paints a portrait of a man who was much more than just an explorer.

Lewis was also a diplomat, soldier, and scientist who made significant contributions to our understanding of the West. Jenkinson paints a rich portrait of one of our country's most fascinating and under-appreciated heroes. Jenkinson does an excellent job portraying all aspects of Lewis' life, from his early years to his tragic death.

5. Lewis and Clark Through Indian Eyes: Nine Indian Writers on the Legacy of the Expedition 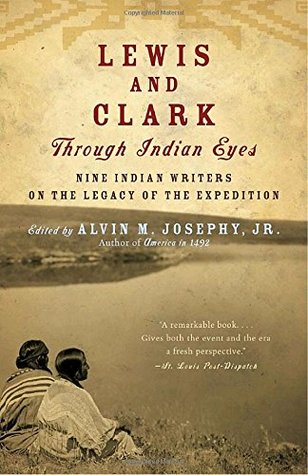 We've all heard about Lewis and Clark's journey across the United States, but what about the effect on the Native American people's lives? Included In this eye-opening book, we learn about that through the essays of nine native authors. Being that history is almost always written by the victors and winners in any journey or battle, this allows us to see that things may not have always been as they appeared.

Some of these include stories specifically about the Lewis and Clark expeditions, but most deal with the present day and how the people have adapted and see the past. One of these is about Sacagawea and the truth about her life. Others deal with current spiritual aspects and cultural issues. Some of the writers include the famous M. Scott Momaday, Debra Magpie Earling, and Roberta Conner, who uses Lewis and Clark's journals and compares them to the stories passed down to her by her culture.

6. The Fate of the Corps: What Became of the Lewis and Clark Explorers After the Expedition 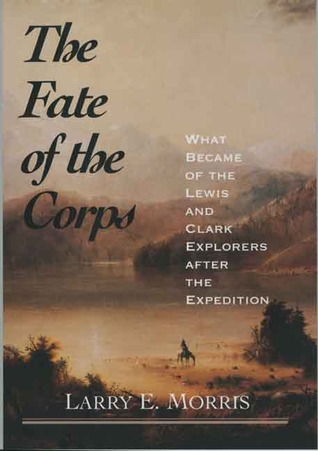 Unlike the other books on this list, this one focuses on the other thirty-three expedition members across the United States. By tracing the history of almost all these men, readers get a great view of what they and Sacajawea went after returning home.

We found it very interesting since the stories are so divergent, including the possible suicide of Lewis, which most of these books cover, but so much more. There is the story of Captain Clark and York, Colter's run, and so much more. With the last of the Corps dying in 1870, there is a load of information and data and still easy to read.

7. Suicide or Murder? The Strange Death of Governor Meriwether Lewis 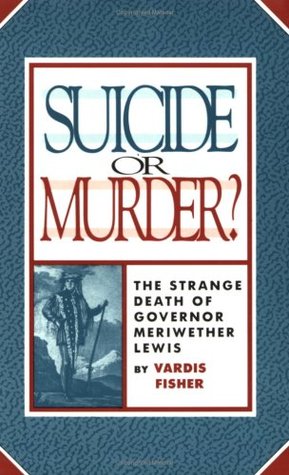 In 1809, the governor of the Louisiana Territory, Meriwether Lewis, was found dead with a gunshot wound to the head. The death was ruled a suicide at the time, but many have questioned whether it was murder. He was only 35 years old and incredibly respected and admired by many.

This intriguing mystery has inspired speculation and debate for over two centuries. Was Lewis simply despondent and took his own life at the Grinder's Stand Inn? Or did someone else kill him? There is no definitive answer, but the case is still fascinating to consider.

8. American Legends: The Life of Sacagawea 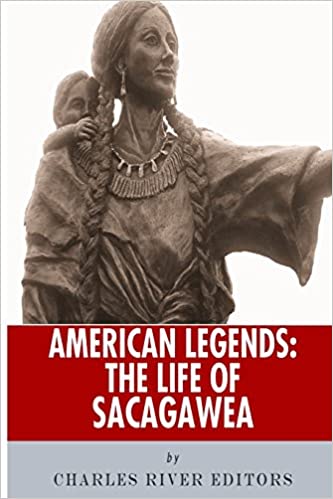 This is a quick read but fascinating since it comes from what the author thinks Sacajawea would have said and believed during her lifetime. This book primarily focuses on the role she played in the journey.

It also looks at the possibility that more than one Native American woman was on the trip and what that means for history.

9. The Suppressed History of America: The Murder of Meriwether Lewis and the Mysterious Discoveries of the Lewis and Clark Expedition 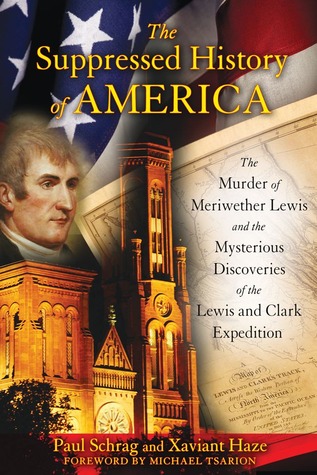 This is first and foremost and grouping of some of the stranger and other stories regarding the Lewis and Clark Expedition. Some of these stories include the belief that the group members saw giants and the fountain of youth.

It includes looking at other native people and that Europeans may have come to the states long before people believe. This book goes into the idea that he was murdered to keep these secrets safe, and the people in power didn't want the knowledge out in public. Schrag and Xaviant Haze do an excellent job using newspaper stories, documents from the times, and how the Smithsonian may have destroyed the records so that people wouldn't be able to know the possible truth. 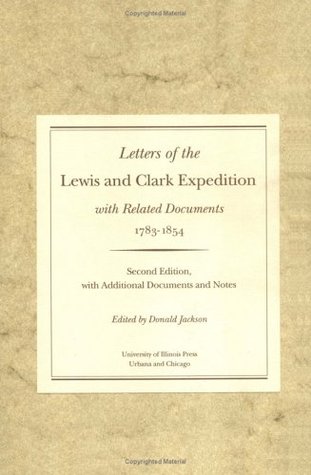 In the early 1800s, the Lewis and Clark Expedition explored and mapped America's Western frontier. The ambitious journey was documented in letters written by the expedition's members. These letters have been published in a new book called Letters of the Lewis and Clark Expedition. The book offers an intimate look at the expedition's progress, from their preparations before leaving St. Louis to their encounters with Native Americans and wildlife along the way to their triumphant return two years later.

This book uses many letters, documents, and memorabilia to prove its points. Donald Dean Jackson provides insightful commentary on each letter, offering historical context and shedding light on the thoughts and motivations of the participants. This is a must-read for anyone interested in American history or western exploration.

11. Out West: A Journey Through Lewis and Clark's America 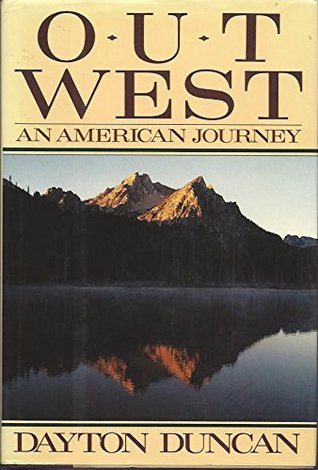 Though Jackson's engaging writing, readers are taken on a journey through the vast landscape of America's westward expansion. This is one of our favorite books because of this simple fact: Duncan decided to follow Lewis and Clark's journey. How did he do this? He bought a Volkswagen camper van and went to see the United States of America.

Readers will see the same natural beauty and historical landmarks that greeted Lewis and Clark over 200 years ago in this beautiful book. During this trip, you’ll experience some of what Lewis and Clark dealt with and how the country has changed since their journey. This is more than just a history lesson; it's an invitation to experience one of America's most iconic regions firsthand. Don't miss out on this unique opportunity to travel back in time!