Discover a list of some of the John Keegan books. He's both an author and a historian with an expertise in World War I, World War II, and other battles.

His books vary from complete write ups about a certain topic to important events that changed history.

We've also included a few he edited or collaborated on in order to give you a more robust list of options to add to your reading list. 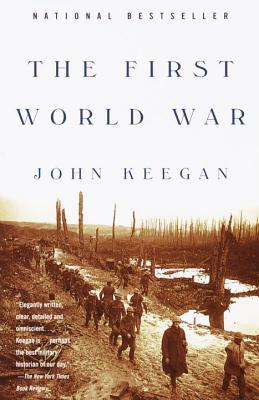 The First World War is one of the most studied conflicts in history. It was a war that changed the way wars are fought, and it's still being debated today about who won this global conflict. John Keegan has written an exhaustive account of this war, and it starts with the inability of diplomacy between countries and leaders. There is an emphasis on how unprepared Europe seemed to be for such a large-scale disaster. He also delves into the personalities in charge, both good and bad, and their choices and consequences.

By looking at numerous battles, Verdun, Gallipoli, and the Somme, among others, he will give you a view into this horrific war. He also takes time to discuss why so many people died during this four-year-long event. People forget that by the time World War One ended, three empires had fallen, and a massive amount of the world was in ruin. To simplify this complicated war, there are maps and photographs.

>> Books about World War I

2. The Face of Battle: A Study of Agincourt, Waterloo, and the Somme 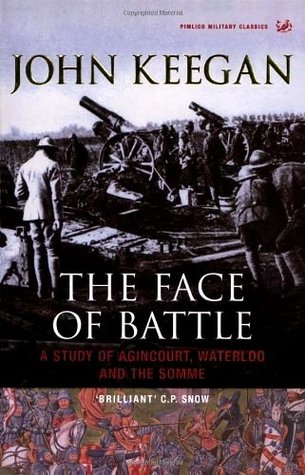 This is not just a book about three battles; it is about three battles in three different centuries. The first, Agincourt, was fought in France during the Hundred Years War between England and France. The second battle was Waterloo which occurred thirty years later during Napoleon's rule over Europe. Finally, he describes the Somme, which took place on Jul. 1, 1916-November 18th, 1916, with no clear winner at all.

John Keegan looks at these battles through many different eyes to give us an accurate depiction of what it was like to be there with every soldier getting their own voice heard throughout this book, giving us an insight into history that we may never have known without his extensive research and analysis of information from both sides involved in these wars. It is fascinating how Keegan can write about such disparate battles at different times in history and compare and contrast them eloquently. 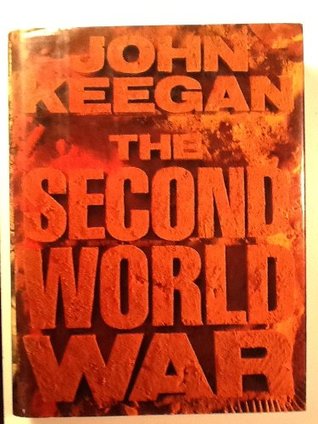 What do you know about the Second World War? Join me as I discuss this war that changed history.

This book delves deeply into the subject by Keegan writing his thoughts on what he learned from studying the war. The author starts with an introduction to give some background information on the war and then discusses each year of the conflict in detail. These are not simply battles or events; John Keegan discusses every aspect of life during these years-the struggles of people trying to keep their homes safe, food available for families, and industries running smoothly.

To provide this type of comprehensive overview, it also covers subjects such as Hitler's rise to power, his early wars in Europe, and Japan's role in Asia up until Pearl Harbor. He also tells us about how countries dealt with occupation forces and how they tried to fight back against them. It offers coverage from both perspectives: Allied and Axis so as not to be biased or ignore essential facts relevant to either side.

4. A History of Warfare 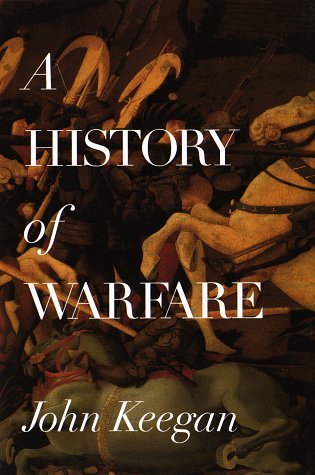 Since the dawn of time, humans have been engaged in one form of warfare or another. As our world has changed, so too has the way we fight wars. John Keegan takes readers on a journey through the history of warfare to show how changes in technology and society have affected different types of conflict throughout time.

From spears to nuclear weapons, this book will give you an understanding of how wars are fought and why they happen. You'll also get insights into what makes us human and how these wars have shaped history. This includes the world today, and how much of the world is still at war. This includes whether it is in secret or out in the open and how that will affect us forever. Wars are never pretty, and this book examines how they have been that way since the beginning…and will continue.

5. An Illustrated History of the First World War 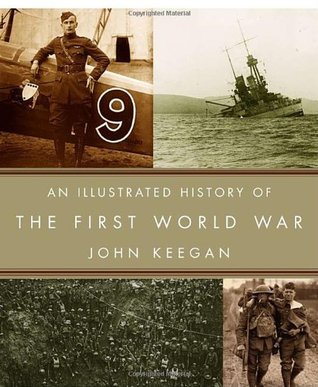 The First World War is a complex and often confusing topic. John Keegan's An Illustrated History of the First World War provides an accessible overview for readers that want to understand this global conflict without having to wade through hundreds of pages of a history text. Keegan breaks down the war into six parts: The Origins, The Western Front, Eastern Europe, Russia, Africa, Asia, The Home Fronts, and Aftermath.

Each section includes detailed maps with arrows showing the movement of troops and photographs from museums around Europe. This book is perfect for anyone looking to grasp the war while with the information provided in the text and graphics. 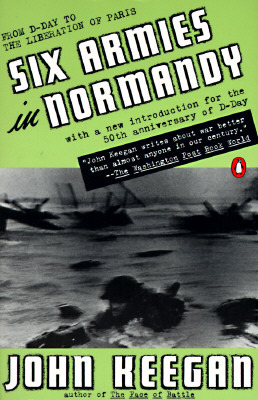 John Keegan's Six Armies in Normandy: From D-Day to the Liberation of Paris is a unique look into the Allied invasion of France, told from the perspective of six different armies that were involved. Each chapter focuses on one army or group and how it contributed to the overall success of D-Day, which was Jun. 6, 1944. While there are many books about WWII, this book highlights an aspect that is often overlooked by other books - showing what each army did during their time in France.

It also discusses how these victories came at significant costs for both sides but helped pave the way for ultimate victory over Nazi Germany. If you want to learn more about WWII history focusing on some lesser-known aspects, then this book.

7. The Mask of Command 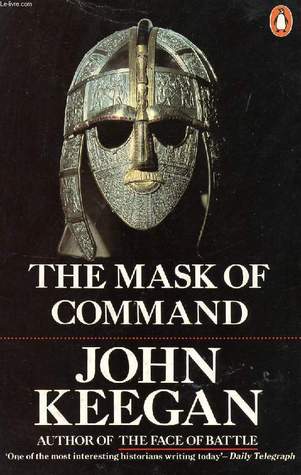 In this intriguing book, the author discusses leadership tactics from commanders from different periods in military history. He provides examples of successful and unsuccessful leaders throughout the chapters to highlight what a leader should do or not do in certain situations.

Some of the explored leaders include Alexander the Great, Hitler, Ulysses S. Grant, Napoleon, and others. For example, he talks about how King Henry V's success depended on his ability to behave like a commander-in-chief during battles. This book is an informative read for anyone who wants to know more about military strategy and its evolution over time.

It is an incredibly intriguing way to look at these men and see their strengths and weaknesses.

8. Intelligence in War: Knowledge of the Enemy from Napoleon to Al-Qaeda 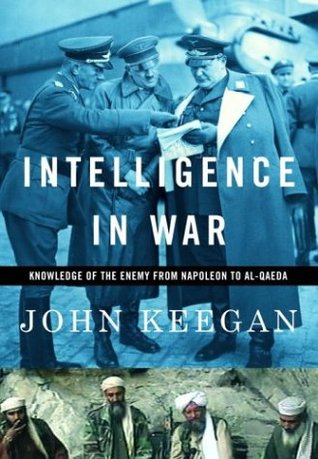 Intelligence in War: Knowledge of the Enemy is a book about how to understand your enemy to defeat them. It takes examples from historical battles, such as Napoleon's battle tactics against Russia and Al-Qaeda's attack on the World Trade Center.

John Keegan goes through many different strategies that have been used throughout history, including understanding what motivates your enemy, avoiding mistakes that will lead you into traps set up by the enemy, and knowing when it is time to fight or retreat.

Keegan is an expert in military history, so he has plenty of knowledge on these topics. His ability for analysis makes this book very interesting because he draws connections between historical events while also providing practical advice for modern warfare situations involving terrorists or other opponents.

>> More about the Afghanistan War 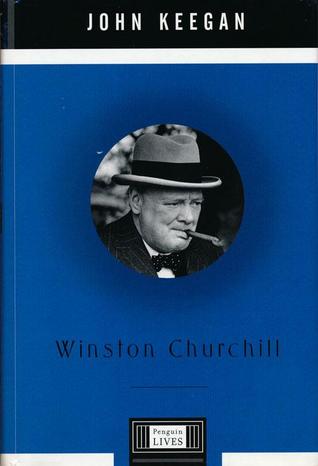 Winston Churchill is the most well-known and celebrated British Prime Minister in history with a career spanning more than six decades. He was known to be a barely passable student but became a soldier, an accomplished artist, Nobel Prize laureate, and of course, Prime Minister. His life story has been chronicled by many. Still, John Keegan's biography delves into his upbringing and military service to provide a comprehensive account of this great man's life.

This book provides readers with an intimate look at Winston Churchill from childhood to death and all the events that shaped him along the way. Often using Churchill's speeches, you will get a biography of this great man that is more than in-depth any you can find elsewhere.

10. The Price of Admiralty: The Evolution of Naval Warfare from Trafalgar to Midway 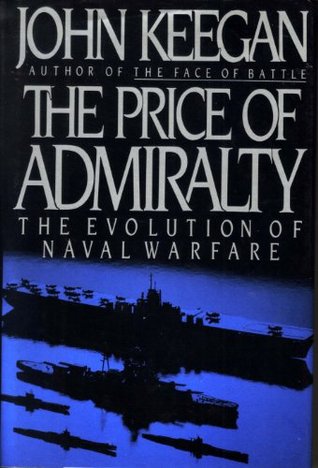 The evolution of naval warfare is a fascinating topic that many scholars have studied. Keegan takes on this subject in his book The Price of Admiralty: The Evolution of Naval Warfare from Trafalgar to Midway. In the first chapter, he discusses how the French Revolution profoundly changed naval warfare. The following chapters are devoted to events such as Nelson's victory at Trafalgar and Japan's decision to attack Pearl Harbor, which had far-reaching consequences for both sides.

He examines each event thoroughly, with attention paid to strategic considerations and tactics employed by the participants. His straightforward writing style makes this work come alive with incredible detail about what happened during these battles and why it was significant for future naval wars around the world.

11. The Book of War: 25 Centuries of Great War Writing 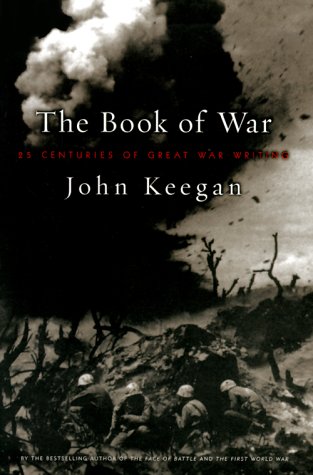 The Book of War is a compilation of the best writing on the war in history. It spans 25 centuries and 64 authors, including Homer, Shakespeare, Tolstoy, Hemingway, and Orwell. It includes stories about the battles they fought, advice for generals and politicians, and reflections on their experiences. The book contains many exciting pieces worth reading—especially if you're interested in how war has been written about over time.

The book starts with ancient writings about wars in Greece and Rome before progressing to modern-day literature like Catch 22 by Joseph Heller. Keegan also writes in it and gives his opinion on its events so you can see his thoughts about the writings.

12. Fields of Battle: The Wars for North America 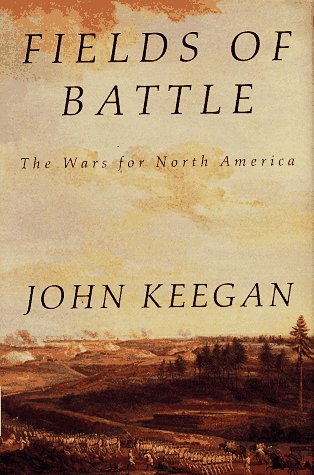 This is a narrative nonfiction book that analyzes the wars for North America from 1520 to 1815. The author, John Keegan, provides an interesting perspective on the conflicts in North America during this time.  He makes it clear in his introduction that he will not be discussing "how many were killed or wounded" but instead how these events shaped our modern world.

He also explains why he chose to write about this specific era and what aspects of history are most important when studying these wars. This sets up Fields of Battle as an approachable book for anyone interested in American history and gives readers a peek into what they can expect from the rest of the text. One of the reasons it is so interesting is that it is almost like a travelogue since you are reading about his travels around these locations. 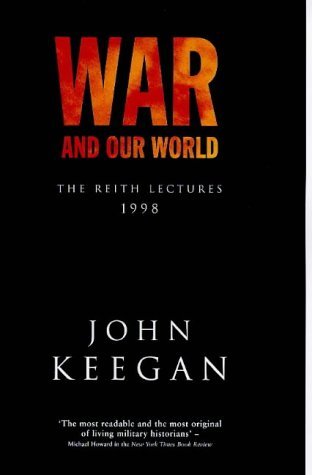 The world sometimes seems as if it is constantly at war somewhere every single day. It has been that way since the dawn of time, and it looks as though there will always be a conflict between groups of people. War is something we all know about, but what do we understand about it? In his book, War and Our World, John Keegan attempts to answer this question by looking at the history of warfare from pre-history until today's modern wars.

From ancient times to today's conflicts, John covers a wide variety of topics such as: why war happens, how societies change when they go through periods of peace and war, and how technology affects our perception of what constitutes acceptable violence in society. Throughout each chapter, he uses examples from history to help readers better understand the topic at hand.