Joe Posnanski is a popular sports writer, and for good reason. He has written six amazing books that are well worth your time.

Whether you're a fan of sports or not, Posnanski's writing will keep you entertained. His stories go beyond the game itself and explore the human side of sports.

If you're looking for some great reading material, check out Joe Posnanski's eight books. You won't be disappointed. 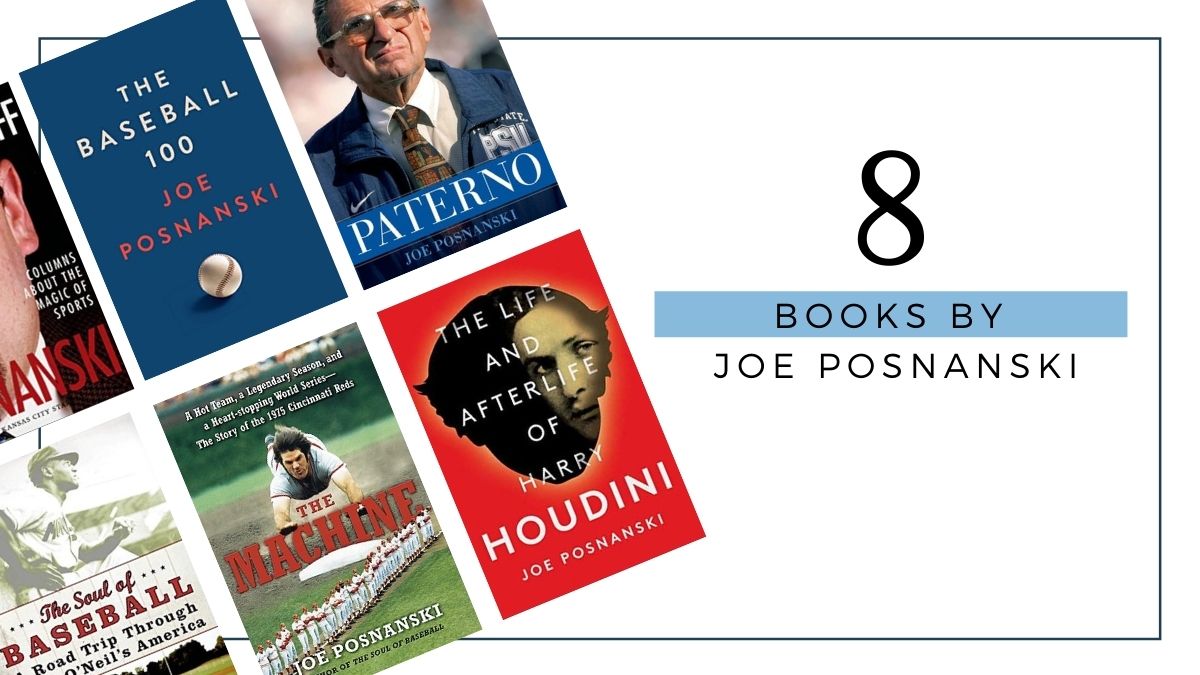 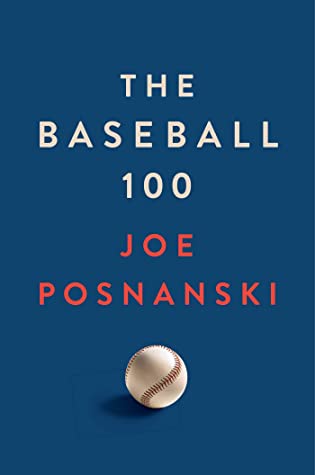 It is almost impossible for those who love baseball to pick the top 100 players and agree on them. Heck, it is hard even to determine the top 10! Whether you choose because they played on your favorite team, because they broke barriers in the sport, or statistically, they are the best, it is up to you. That is why Joe's book is so fun and exciting: He picks his favorites and does it in his way.

So how does he pick them? He looks at what they've accomplished and their meaning in baseball lore. A great example is Joe "The Yankee Clipper" DiMaggio. Joe would agree that he could easily be in the top 10, but he put him at #56. Why is that? Because of the connection between DiMaggio’s 56-game hitting streak and the list.

We love that he also has a photo of each player before going into their biographies. It gives a human feeling to these mostly iconic baseball legends and others that are sometimes forgotten.

2. The Soul of Baseball: A Road Trip Through Buck O'Neil's America 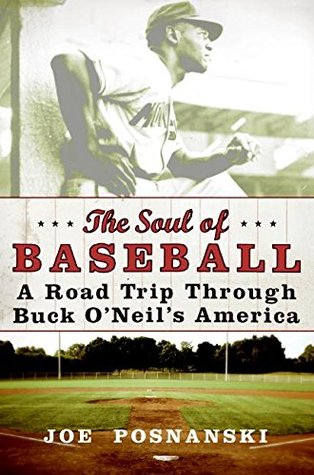 What would it be like to travel around the USA with one of the greatest Negro League players of all time? In 2005, Joe got just that chance as he and the 94-year-old Buck O’Neill took a road trip across the country. Buck relives his life and how the world has changed from his days as a player as they travel.

When you consider all that he had to deal with, as African Americans weren’t allowed to play in the white’s only Major Leagues, you find a man who continued to stay positive, loving, and hopeful about the world. O’Neill called Posnanski the son he never had, and he does a fantastic job of catching every emotion and thought during their trip together.

O’Neill died the year after this road trip, so this book makes his life even more important and magical.

3. The Secret of Golf: The Story of Tom Watson and Jack Nicklaus 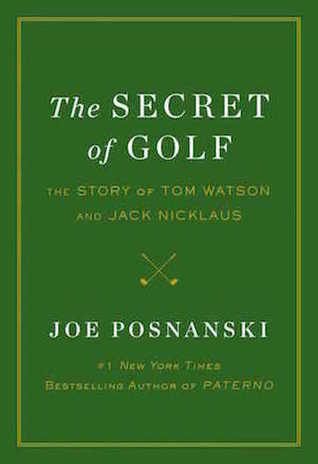 Tom Watson and Jack Nicklaus are two of the most successful golfers of all time. They've both won multiple major championships and have been inducted into the World Golf Hall of Fame. But what sets them apart from other great golfers? What is the secret of their success? Joe Posnanski tries to answer these questions in this book.

To do this, he delves into their backgrounds, analyzes their swings, and interviews those who have witnessed their greatness firsthand.

More than that, he investigates their personalities and how they almost mirrored images of each other. Nicklaus was cold and calculating, while Watson was gregarious and took chances. Their battles are legendary, and each of the eighteen chapters in this book shows their personalities perfectly. This is a must-read for any fan of golf or anyone who wants to learn more about two of the greatest golfers in history.

4. The Machine: A Hot Team, a Legendary Season, and a Heart-stopping World Series: The Story of the 1975 Cincinnati Reds 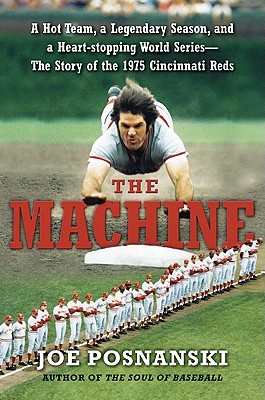 Depending on your age, you remember the 1975 Cincinnati Reds and how they were unstoppable. If you are younger, you will want to read about them and how this fantastic team played the game. Posnanski's writing ability makes you feel like you are on the field, inside the dugout, or in the middle of the locker room and experiencing everything that happens at the moment.

Their manager, the no-nonsense Sparky Anderson, seemed to care primarily about his star players, Johnny Bench, Tony Perez, Joe Morgan, and Pete Rose. The rest of them were just side notes in his mind. However, Anderson built a team that could demolish any other and wins the World Series.

Posnanski does a beautiful job of intertwining their season with everything that was happening during the times, such as the end of the Vietnam War, Muhammad Ali and Joe Frazier, and much more.

5. The Life and Afterlife of Harry Houdini 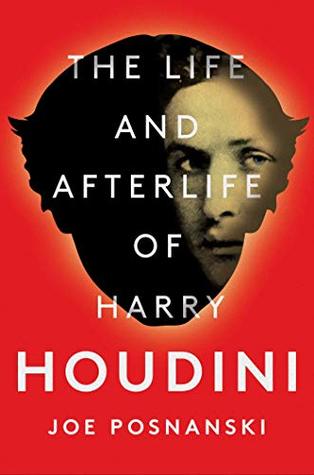 This is unlike most biographies in that Harry Houdini's life has been written about; this book focuses on how he influenced others and why he is known as one of the greatest magicians of all time. As Posnanski points out, through the stories, many of them are unsubstituted, but that doesn't make them any less interesting to the reader.

Now, as for the afterlife of Houdini: Posnanski interviews and finds out how people, such as David Copperfield, have been influenced by him. He talks to people from different parts of the world who say they would never have gone into magic without him.

Which, when you look at the fact that Houdini was most likely an average magician at best, makes this story even more magical. Posnanski can use his magic of storytelling to bring him back to life…and he tells a few of the secrets of the magic tricks…so maybe you’ll be inspired to become the next Houdini! 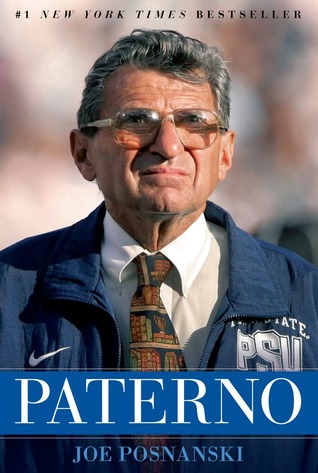 On November 9, 2011, Joe Paterno was fired as head coach of Penn State football. It was a stunning and heartbreaking end to a story that had defined his life. In this book, Joe Posnanski tells the story of Paterno's rise to fame as one of the most successful coaches in college football history—and his fall from grace.

Paterno is an intimate portrait of a complex and legendary man who had a strong passion for education and equality, among so many other positive traits. However, he is primarily remembered for the Sandusky abuse scandal, while there is so much more to know about him.

Posnanski draws on his personal relationships with Paterno and interviews with those who knew him best to create a complex portrait of one of the most controversial figures in sports history.

7. The Good Stuff: Columns about the Magic of Sports 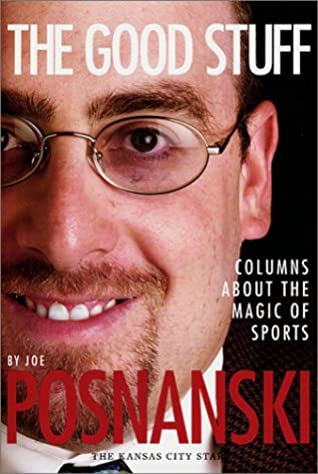 Posnanski is a professional sports writer who has worked for the Kansas City Star, and Sports Illustrated.

Joe Posnanski writes about the magic of sports. In this book, he shares some of his favorite columns on the subject.

Whether he is writing about a miraculous comeback or an underdog story, Posnanski's writing captures the wonder and excitement that comes with watching athletes perform at their best.

This compilation of his best columns from the Kansas City Star are sure to inspire readers to appreciate the athleticism and dedication of today's athletes.

8. Unstoppable: The Kansas Jayhawks' Journey to the NCAA Title 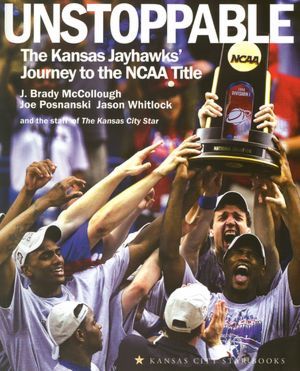 This book offers a look back at the unstoppable Kansas Jayhawks basketball team in 2008. It features award winning article from the Kansas City Star written by both Joe Posnanski and Brad McCullough.

It offers 96 pages of action and colorful images of the journey. You'll learn all about their season which ended with a win over Memphis for the NCAA Men's Basketball Championship.