12 of the Best Gymnastics Books

If you're looking for a good book to read about gymnastics, you've come to the right place. Here you'll find recommendations for some of our favorite books about gymnastics and Olympic athletes.

You'll find books written by gymnasts such as Simone Biles, Shannon Miller, and Aly Raisman. You'll learn what it takes to become a champion at their level.

We've also added a couple of books about the Larry Nasser scandal, so you can hear the stories directly from those impacted by this tragedy.

Whether you're a fan of gymnastics or just want to learn more about the Olympics, these books are sure to keep you entertained. 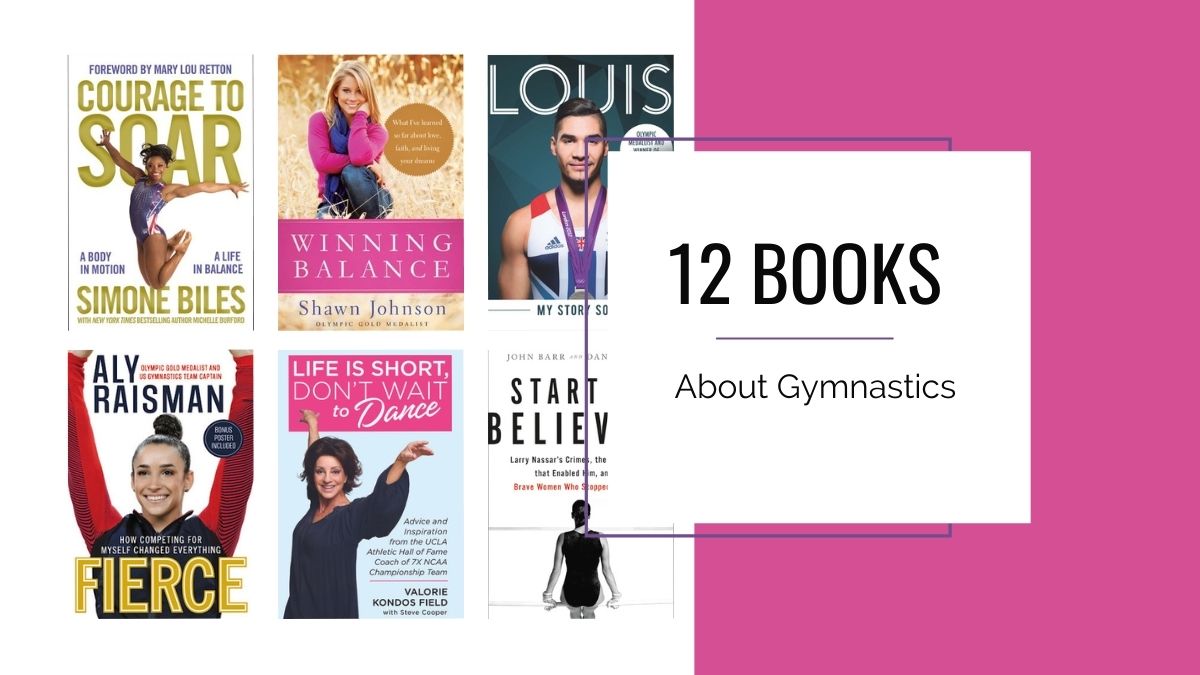 1. Courage to Soar: A Body in Motion, A Life in Balance 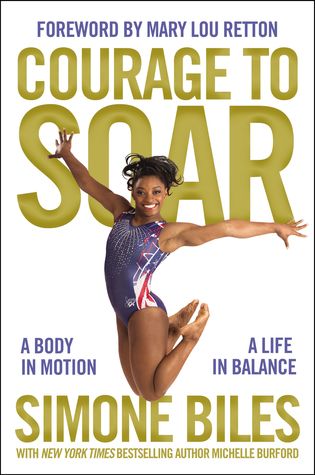 Since childhood, Simone Biles has been propelled by a single ambition: to be the best gymnast in the world. She finally tells her story for the first time—from her early years being raised in a foster home, of her using her faith to fight through any obstacle and her record-breaking performances in the 2016 Rio Olympics.

This is more than just a coming-of-age story or memoir of adaptation; it is an inspiring account of self-realization. With unflinching honesty and sharp humor, Simone explores the drive that helped her become one of the greatest athletes ever and translates her determination into words that will inspire readers everywhere. With fantastic photos in the book, no one who reads it will doubt that Simone Biles was always meant to soar.

>> More books about the Olympics

2. Winning Balance: What I've Learned So Far about Love, Faith, and Living Your Dreams 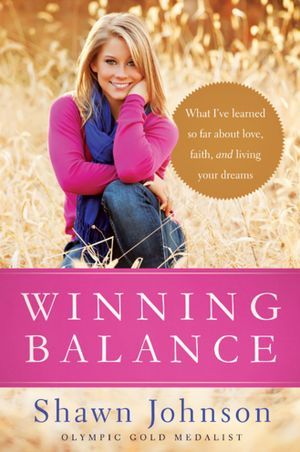 In her new book, Shawn Johnson East shares what she's learned about love, faith, and how to go for your dreams. She does this by drawing on her own experiences, from growing up in the public eye to overcoming serious injury and achieving record-breaking success as an elite athlete. Shawn offers readers a unique perspective on living life with purpose and expectation.

In these pages, you'll find powerful insights and encouragement to pursue your passions with zeal, deal with disappointment in healthy ways, and establish rewarding relationships. No matter where you are in life, there is something valuable for you here.

3. Letters to a Young Gymnast 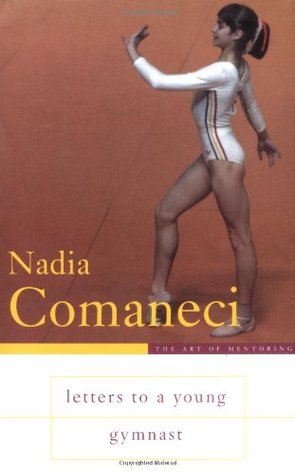 Nadia Comaneci is one of the most famous gymnasts in the world. After achieving international fame at the young age of 14 for her perfect scores at the 1976 Olympic Games, she became a spokesperson for the sport and has dedicated her life to helping others achieve their dreams. Even today, when her name is mentioned, she is revered, and many gymnasts say she inspired them.

Nadia provides wisdom and advice to aspiring gymnasts on succeeding in the sport. Drawing on her own experiences and those of other top gymnasts, she covers essential topics such as hard work, discipline, setbacks, and competition. This book applies to anyone who wants to overcome hardships and learn to be the best they can be no matter what happened, or happens, to them.

4. Make It Happen: My Story of Gymnastics, the Olympics, and the Positive Power of Sport 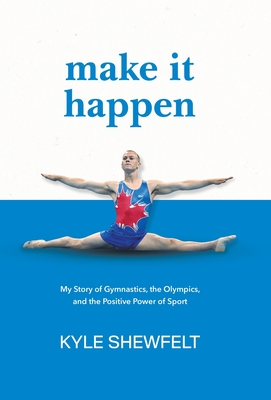 There are so many amazing stories of athletes who have competed in the Olympics. Many people know about the incredible journey that female gymnasts took to win gold medals at the Olympics. But what about the story of Kyle Shewfelt, Canada's first-ever Olympic gold medalist in gymnastics?

In his book, Shewfelt tells all about his extraordinary career, from his early days as a gymnast to his triumphant victory at the Beijing games. This book will take you behind the scenes of so many of the events in Kyle's life that you will have an immediate love and respect for everything he went through to become the champion he is today. However, most people don't realize that he landed in a training session just eleven months before the Olympics and broke both legs.

5. Life Is Short, Don't Wait to Dance: Advice and Inspiration from the UCLA Athletics Hall of Fame Coach of 7 NCAA Championship Teams 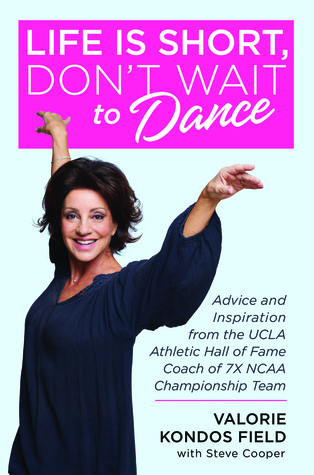 Amazingly enough, one of the greatest college gymnastics coaches never was a gymnast. She never played sports at all! However, what "Miss Val" did learn was how to find and fix the smallest detail, notice everyone's strengths and weaknesses, and how to dance through life with grace and elegance.

During this enthralling autobiography, you’ll read about the gymnasts that she inspired to become some of the best and how they were able to win back-to-back NCAA championships under her leadership. And even though it seems like life has been perfect, she shows how dealing with breast cancer was incredibly difficult and helped shape her life afterward. She also delves into the sex abuse scandal led by Larry Nassar and how it was covered up for so long. This is an incredibly inspiring and powerful autobiography.

6. Start by Believing: Larry Nassar's Crimes, the Institutions that Enabled Him, and the Brave Women Who Stopped a Monster 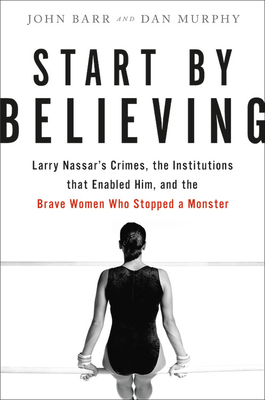 In Start by Believing, authors John Barr and Dan Murphy explore the case of convicted sexual abuser Larry Nassar and the institutions— including Michigan State University and U.S.A. Gymnastics— that enabled his crimes. Nassar's victims have spoken out about the failures of these organizations to protect them, but Engler offers an insider's perspective on how these institutions allowed this tragedy to unfold.

Drawing on interviews with key players involved in the case and personal experience as Michigan's governor, they provide a comprehensive account of how Nassar was able to prey on young athletes for so long. This book is a must-read for anyone who wants to understand how institutional failures can allow abuse to fester unchecked.

7. It's Not About Perfect: Competing for My Country and Fighting for My Life 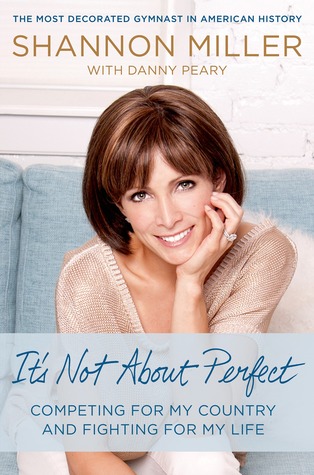 Olympian Shannon Miller shares the challenges and rewards of dedicating her life to excellence in this book. As a young girl, Shannon was determined to be the best she could be, no matter what it took. Her drive led her to become one of America's most decorated gymnasts, with seven Olympic medals to her name.

In this candid autobiography, Shannon discusses the highs and lows of her career, from mastering complex moves on the balance beam to coping with devastating injuries. With hard work, perseverance, and optimism, she has overcome every obstacle in her path. She proudly writes about her faith allowed her to win when so many others would have just given up. This includes her incredible battle with ovarian cancer. Readers will be inspired by Shannon's story and reminded that success is not defined by perfection but by dedication and effort. 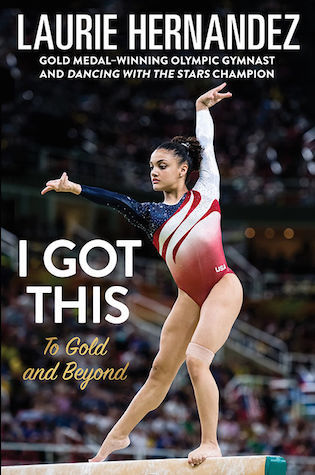 Many athletes dream of winning a gold medal, but few ever achieve it. Laurie Hernandez is one of the lucky ones. She started gymnastics at a young age and quickly rose through the ranks, becoming one of the most decorated American gymnasts ever. Not willing to only be a one-sport star, she also was the youngest winner of Dancing with the Stars show on tv.

In 2016, she won a team gold medal and individual silver medal in the Olympics. Now retired from competitive gymnastics, Laurie uses her platform to inspire others to pursue their dreams. This is especially true since she is one of the few Latinas in high-level gymnastics in the U.S.A.

9. What Is a Girl Worth?: My Story of Breaking the Silence and Exposing the Truth about Larry Nassar and U.S.A. Gymnastics 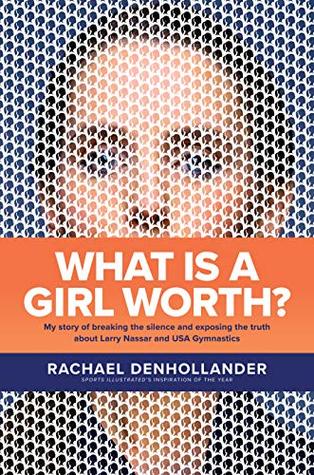 Most of the other gymnasts on this list are very well known. However, you may not know the name of Rachel Denhollander, but she is one of the most important of all time since she was the first to speak out against Larry Nassar. What Is a Girl Worth is her story of courage and conviction in the face of unspeakable odds. This book tells the story of one woman who refused to be silenced and instead risked everything to protect other girls from suffering the same fate.

Drawing on her own experiences and those of other survivors, Denhollander offers readers a unique perspective on sexual assault, inspiring strength and hope in victims everywhere. Denhollander is now an attorney and advocate for equality and was of Time Magazine’s 100 Most Influential people for 2018. If you're looking for an empowering read, look no further than this empowering and powerful book. 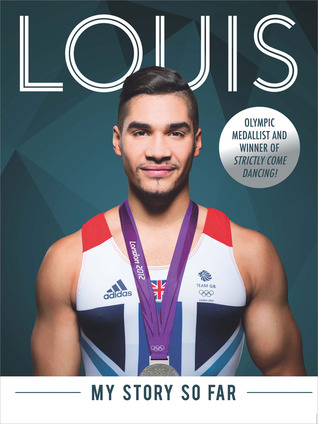 When Louis Smith burst onto the Olympic scene in 2008, becoming the first British gymnast to win an individual gold medal in over a century, he was hailed as a hero. He then followed that up with two more medals in 2012. Louis tells his story so far in this autobiography: from humble beginnings to international fame and fortune.

Through all the ups and downs of his career - including an often-difficult relationship with British Gymnastics - Louis has remained determined to achieve his goals. And, instead of just resting on his laurels, he won the U.K.'s Strictly Come Dancing and even has his own line of clothing! From a youngster with A.D.D., who needed an outlet so that he could slow down, to an amazing adult, this is a must-read for any fan of gymnastics or sporting triumphs.

11. Fierce: How Competing for Myself Changed Everything 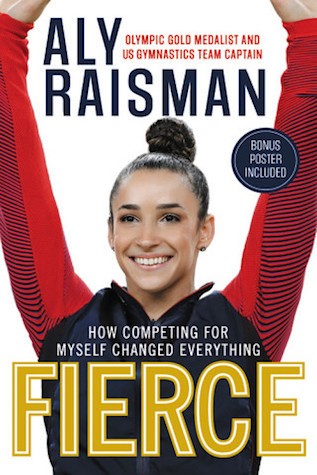 Aly Raisman offers readers an inside look at the fierce determination that helped her become a three-time Olympic gold medalist and national icon. Drawing on never-before-shared memories and photos, as well as exclusive interviews with her family and closest friends, Raisman reveals how she overcame obstacles both big and small to reach the absolute pinnacle of her sport.

When reading this book, it is easy to see why U.S.A. gymnastics allowed these horrors to go on for so long. Some of the most important parts of the book deal with body shaming, how the abuse that she and others dealt with by coaches, and how so many of the gymnasts were treated like objects instead of people.

This includes the sexual abuse that so many had to deal with during their careers. Her story is one of invincibility in the face of overwhelming odds and serves as an inspiration to anyone who has ever faced adversity.

12. Landing on My Feet: A Diary of Dreams 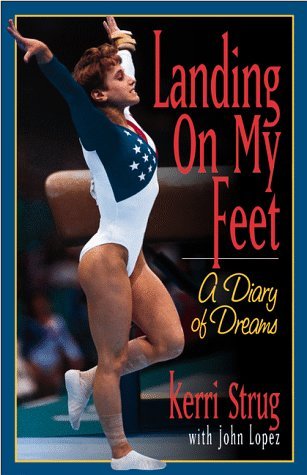 In this exciting book, Kerri Strug recounts the events leading up to, and following, her heroic performance in the gymnastics competition at the 1996 Summer Olympic Games. After tearing multiple ligaments in her ankle during a warm-up session, most people expected Strug to withdraw from the competition.

This inspiring book tells the story of one young woman's determination and resilience in the face of adversity. However, she refused to give up and valiantly competed on an injured ankle, stunning the world by landing her final vault and securing the United States' victory in the team competition.

You will learn all about her life and how she never gave up even though she wasn't the most famous or flashy of the gymnasts.