Doris Kearns Goodwin is a famous biographer and historian who has written many books on the subjects of Abraham Lincoln, Franklin D. Roosevelt, and Theodore Roosevelt.

She is a highly respected author whose work has been met with critical acclaim.

Here will find a summary of all seven of her books. If you are interested in learning more about US history and the presidents, then we think you will enjoy all of these reads. 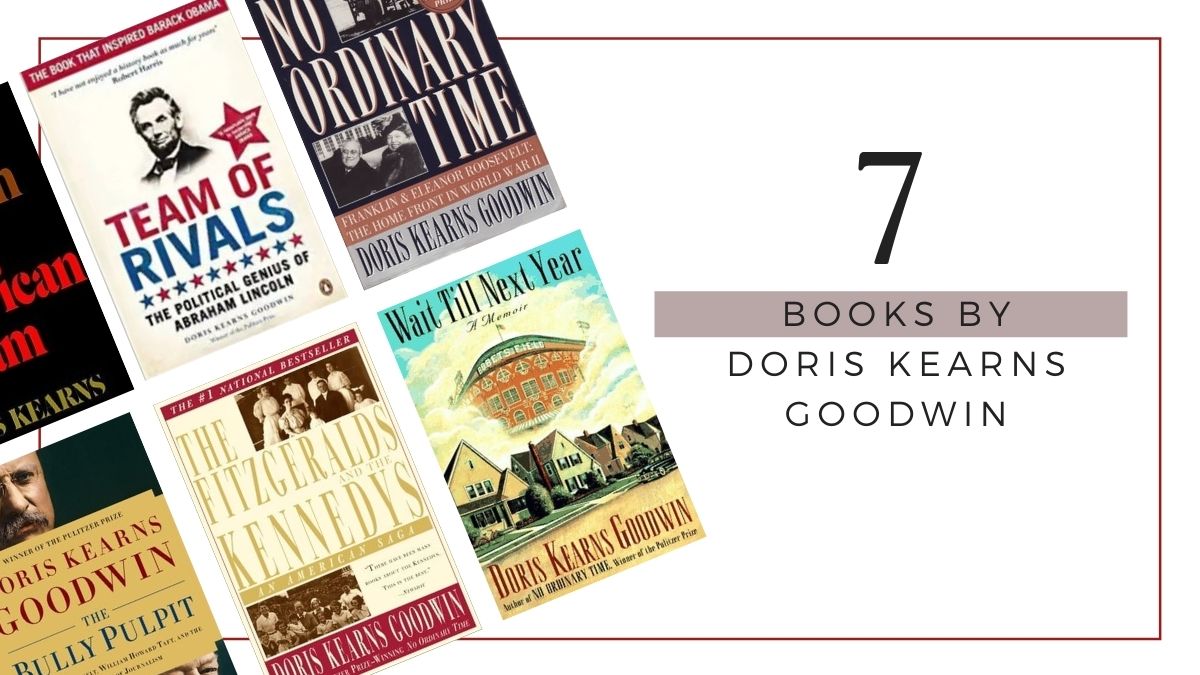 1. Team of Rivals: The Political Genius of Abraham Lincoln 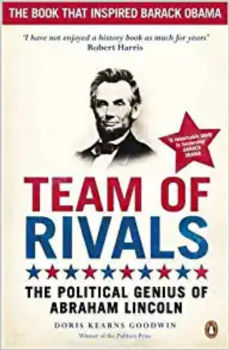 This book focuses on Lincoln, Edward Bates, William H. Seward, and Salmon P. Chase, who all want to win the Republican nomination for the presidency in 1860. Lincoln is the main person in the book, as he rose to the presidency after having only served as a senator for one term and was able to lead the North to victory in the Civil War and end slavery.

As history has shown, Lincoln won, and instead of discarding the others as competition, he made them essential parts of his cabinet, therefore a team of rivals.

Lincoln's fantastic ability to see the best in people is less known and just as crucial to his plan to succeed. He knew exactly how to motivate others, appease them, and give them just enough power so that he could still be in control without diminishing them. While others tried to take over and even sometimes undermine him, he was able to take his time and figure out the best plan to keep the country safe. 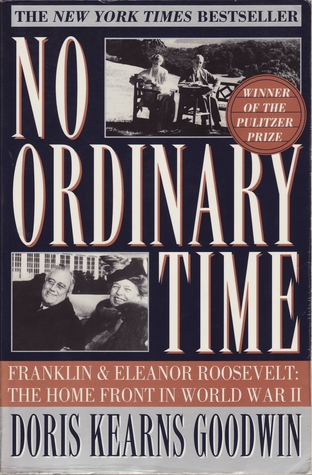 It is not always an easy choice. Starting just a few months after World War II began, Hitler invaded numerous countries at one time. This seems to be when U.S. citizens realized that there was no way to escape this war. Franklin Roosevelt's courageous leadership during this time has been written about in many books; however, the absolute need for Eleanor to help balance him out, not so much. Kearns explores how Franklin understood what needed to be done while Eleanor looked at what should be done.

The relationship between these two is a bit sad as they seemed to realize that they needed to be together but almost seemed as if they wished they weren't. There isn't a lot of romance, and FDR's mom was incredibly overbearing, which hurt Eleanor and FDR's relationship. This is also shown in that FDR had an affair, for decades, with another woman. Kearns does examine, but only slightly, how Eleanor may have been a lesbian and in a loving relationship with another woman. As we know, FDR died shortly before the war ended, but there is so much to read in this short time frame that it is astounding.

3. Wait Till Next Year, A Memoir 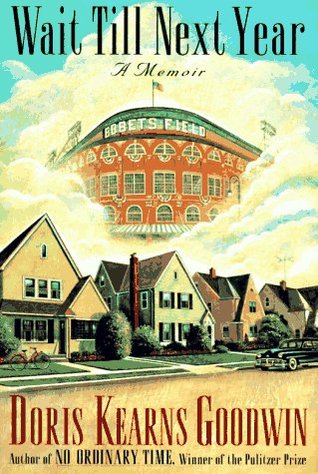 Doris Kearns Goodwin's Wait Till Next Year recounts the author's experiences as a fan of the Brooklyn Dodgers baseball team from the late 1940s to the early 1960s. The book is both a personal memoir and a history of baseball in that era and her upbringing, including the good, bad, and in-between. A baseball lover, she provides insights into both her own life and the game itself, painting a fascinating portrait of America's pastime. This was a time when people stood on street corners argued about the Giants, the Dodgers, and the Yankees.

Interspersed throughout are accounts of Dodger games that she attended, offering readers an eyewitness perspective on some of baseball's most memorable moments. It is clear from reading this book that Goodwin is a knowledgeable fan and an excellent writer. Her passion for the Dodgers and her skill as a storyteller comes through on every page, making this memoir one of the best books on not just baseball but life in general during this time. 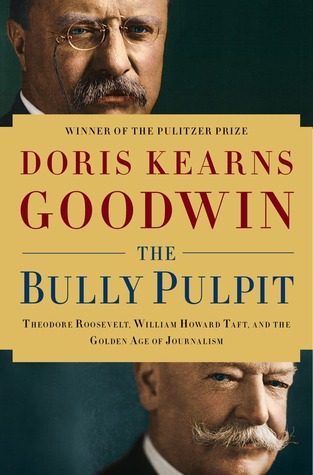 In the early 20th century, a new type of political leader emerged. They were called "the Progressive Era Presidents." These men, including Theodore Roosevelt and William Howard Taft, championed the cause of reform and used their position as president to advance it. One of their most powerful tools was the bully pulpit: the ability to speak directly to the American people and galvanize them into action.

This was thanks mainly to the rise of golden age journalism, in which journalists and newspapers were respected and managed professionally. This gave both presidents a platform to reach a wider audience than ever before. It also gave them a way to call out the "muckrakers" who were not trustworthy and tried to tear down each of them. With such an effective tool at their disposal, these Progressive Era Presidents made great strides in reforming America's government and society.

5. The Fitzgeralds and The Kennedys 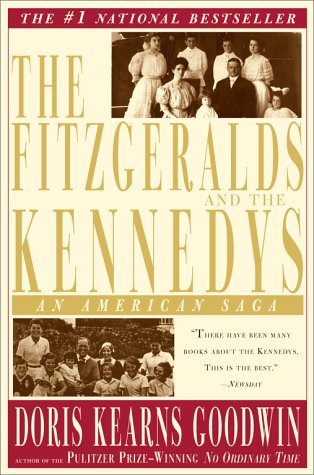 Families are often compared and contrasted, especially ones as powerful as these two. Both families had their share of public scandals, were considered American royalty, and were touched by tragedy. While there are many similarities between these two iconic families, there are also some stark differences.

These include John “Honey Fitz” Fitzgerald and his family’s arrival in the U.S.A. The heart of this book focuses on the incredibly politically savvy daughter Rose Fitzgerald, her husband Joseph, who was very manipulative and would do whatever he needed to succeed, and of course their three famous sons, Robert, John, and Edward. Doris Kearns Goodwin takes a closer look at these two dynasties and tries to tease out what made them both so fascinating—and so flawed. Kearns interviewed family members directly, along with diaries and letters, to make this book an incredible account of what happened to these families.

6. Lyndon Johnson and The American Dream 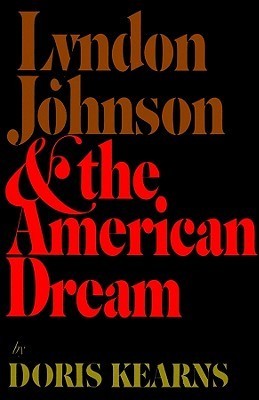 This is Doris Kearns Goodwin’s first novel. Most people don’t realize that Doris Kearns Goodwin was an intern while LBJ was president in the White House. Because of this, she can intimately know what happened there and who was involved in each event. LBJ asked her to write his biography because he trusted her so much and knew that she would be writing about his positives and negatives, of which he had many.

Since they had a decades-long friendship, Kearns will have some bias and opinions about how LBJ thought and his actions. Even though this focuses on his political life, such as the Great Society and Vietnam, much of it is about LBJ as a person. Examples of this are how he first made his money, how he built his empire, and then how he ended up becoming paranoid and distrusting others. Kearns tends to blame this on LBJ's mother, who was at once overly loving and then overly withholding, and how he always wanted to have her approval. 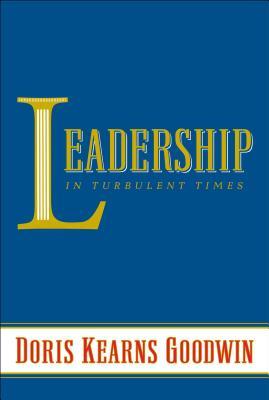 Leadership in Turbulent Times is a book that discusses the traits of influential leaders and their ability to lead through difficult times. The book highlights the historical figures of President Abraham Lincoln, Theodore Roosevelt, Franklin D. Roosevelt, and Lyndon B. Johnson. They were able to navigate through various crises while maintaining their leadership skills.

Goodwin's analysis provides readers with an understanding of what it takes to be an effective leader and apply these lessons in their own lives. Whether you are leading a team through a challenging project or struggling to navigate difficult personal circumstances, Leadership in Turbulent Times can provide you with the guidance you need for success.