These 12 David McCullough books will take you back in time to learn more about our history. Most of his books focus on the history of the United States with top reads such as Truman, 1776, and The Johnstown Flood.

You will learn all about what happened in our early history such as during the founding of our country, the building of the Panama Canal, and a fun collection of his speeches about what he believes the US stands for. 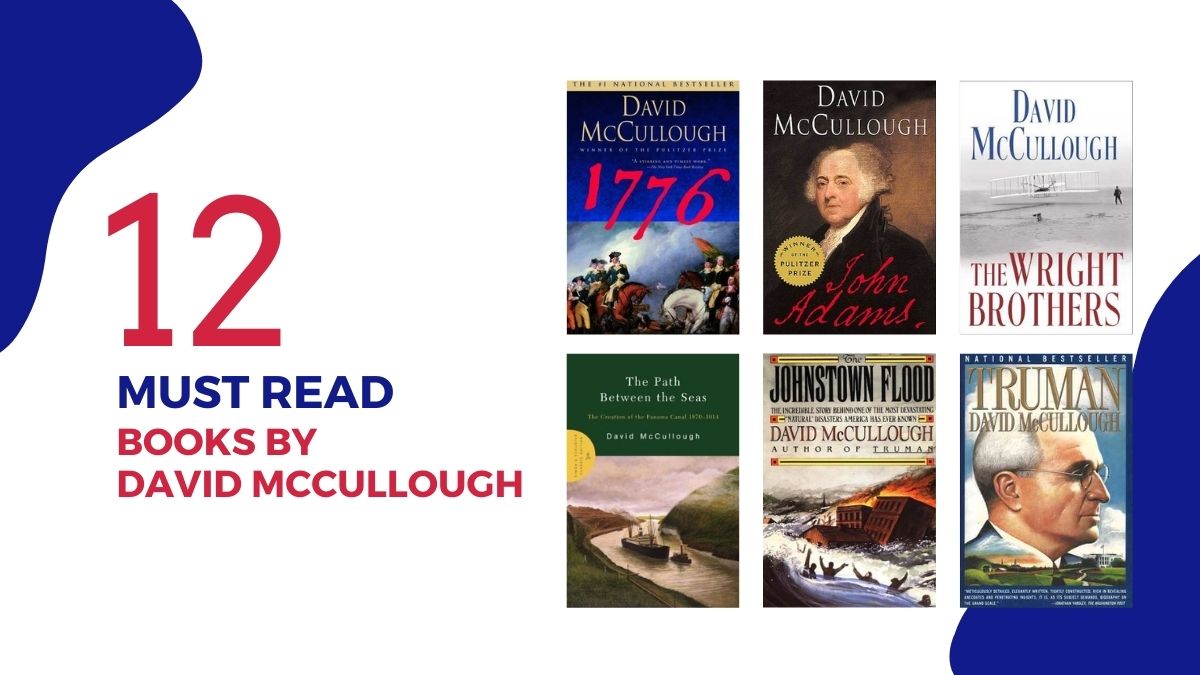 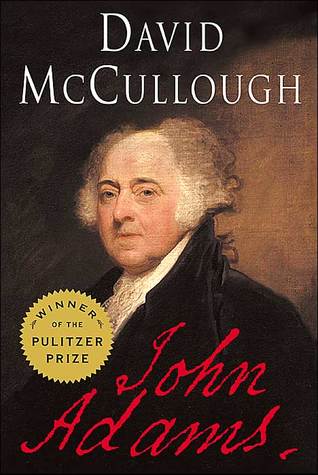 John Adams is a biography of the second president of the United States written by David McCullough. The book covers his life from 1735 to 1826, including important moments such as his involvement in the American Revolution and his presidency. Few presidents in American history have been as controversial as John Adams. Some people thought he was too conservative, while others felt he wasn't conservative enough. Some of the characters involved in the biography include George Washington, Sally Hemmings, James Madison, Aaron Burr, and others.

But through it all, Adams remained a dedicated public servant and a tireless advocate for the country he loved. In John Adams, we get an up-close look at the life of this fascinating man. From his early days as a lawyer and diplomat to his time as President of the United States, McCullough paints a vivid portrait of one of our most important founding fathers. Living longer than any other president, he saw events unlike others and traveled throughout the world to help build this young nation. 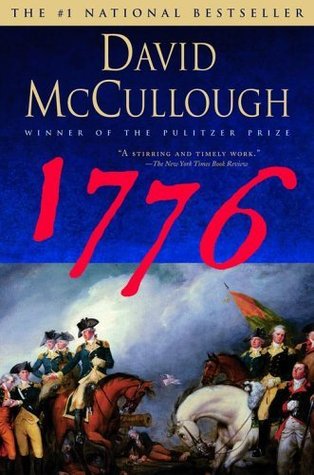 The heart of this book is about George Washington's leadership during the early years of America's fight for freedom. The year 1776 was a critical time in American history, and this book recounts it with accuracy and detail that will keep you turning pages.

As with everything he writes, McCullough expands the usual view of history through his incredible research and evidence. McCullough focuses on events in Philadelphia and in Boston, New York City, South Carolina, upstate New York, and more, which are all places where significant events took place.

Looking at the famous members of the revolution, such as Washington, Jefferson, and others, he gives a detailed account of what happened during this time. What we found so intriguing is that he also looks at what the "average person" would be thinking and doing during this time. He examines how both sides were feeling at the time so readers can understand what they were thinking too. 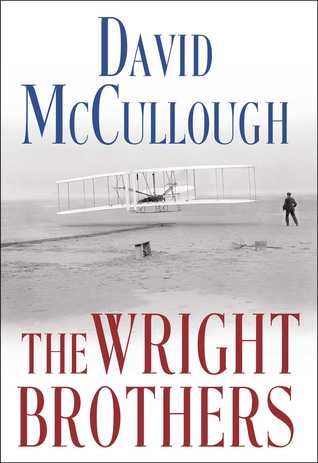 This book tells the story of how Wilbur and Orville Wright became pioneers in aviation. The brothers were two bicycle mechanics who dreamed of flying but didn't have any formal schooling in engineering or physics. They also had to deal with people who doubted their work because they lacked qualifications, so it was really up to them to prove themselves.

Even though they grew up without indoor plumbing or electricity, they refused to be stopped. Between the ability of Wilbur to design a plane and Orville's ability to build anything, they would make the first airplane.  The brothers persevered with their research into flight with persistence and determination, which led them down many blind alleys before finally figuring out what worked for them. As McCullough does with every book he writes, he uses sources directly. This includes over 1,000 documents, including letters, notebooks, and more.

4. Mornings on Horseback: The Story of an Extraordinary Family, a Vanished Way of Life, and the Unique Child Who Became Theodore Roosevelt 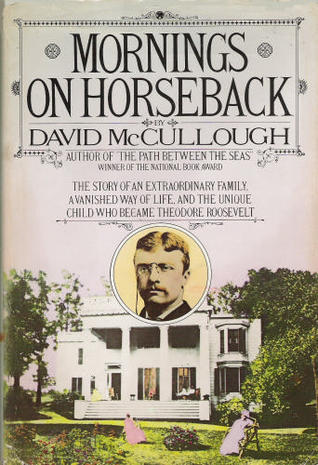 Most people think of Teddy Roosevelt as a man of stature, strength, and power. However, when he was young, he almost died from asthma. Born into a family of prestige and power, he could have just accepted his role and still been very influential. Instead of accepting his fate, he decided to build himself up and become one of the most influential presidents in the history of the U.S.A.

This book examines the years from 1869 to 1886 and shows how he transformed himself from a tender ten-year-old boy to a man that would be admired by all who knew him. Learn more about this man, his world, and all that occurred during this all-important time of his life. 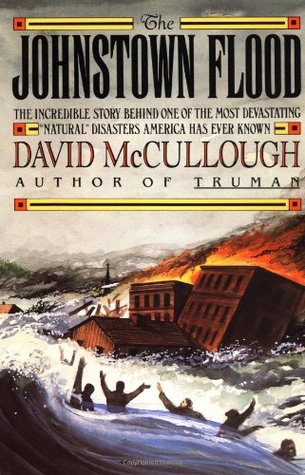 It's hard to believe that the city of Johnstown, Pennsylvania, was once wiped off the map by a flood. But that's precisely what happened in 1889 when more than it killed 2,209 people and caused $17 million in damages (in 1889 dollars), and thousands more were left homeless. In The Johnstown Flood, David McCullough tells the incredible story of this devastating disaster.

Using eyewitness accounts and original research, McCullough brings to life the characters who fought for their lives as the waters rose around them. He also offers a fascinating glimpse into nineteenth-century America, revealing how the flood changed everything from business to politics to religion. If you're interested in history, disaster stories, or simply want to know more about one of America's darkest days, The Johnstown Flood is worth reading. 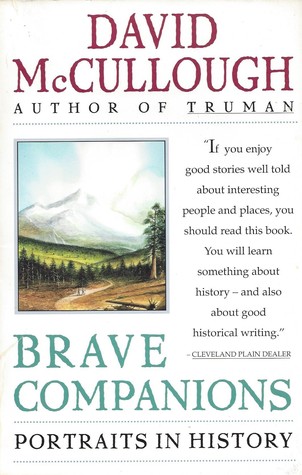 Brave Companions is a book by David McCullough that looks at the lives of some of the most influential figures in American history. The author uses his vast knowledge and research to provide an engaging look into their personal lives and their public accomplishments.

The book starts with George Washington and includes people such as Harry Truman, Benjamin Franklin, Theodore Roosevelt, Anne Lindbergh, Harriet Beecher Stowe, John Adams, and more. This well-researched piece highlights not just these prominent figures' successes but also their failures - showing how they were able to overcome them to become even stronger leaders in the end. He also examines What can we learn from them? How about how bravery and ingenuity can help us overcome any obstacle? Or how sacrifice leads to strength and success? 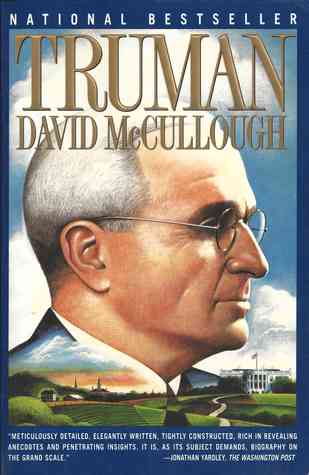 This book tells the incredible story of Harry S. Trauma, the 33rd President of the United States of America. Truman was an improbable president who worked his way up from humble beginnings in Missouri to lead the United States through some of its most tumultuous times. This biography brings to life not just "the man from Missouri," but an entire era and what was at stake for America during those days after World War II as he led our country into a new age with unforgettable triumphs and crushing tragedies.

In this Pulitzer Prize-winning biography, Truman is shown as a human being who has triumphs and tragedies throughout his life. Some of the times examined include his time during World War II, the bombing of Hiroshima, and the establishment of NATO. Using documents, interviews, and historical information to give a complete picture, this biography is one of the best out there.

8. The Great Bridge: The Epic Story of the Building of the Brooklyn Bridge 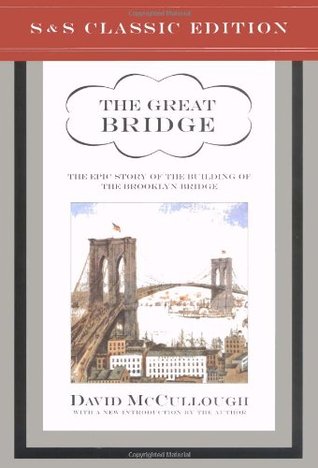 McCullough has written a fantastic book about the building of the Brooklyn Bridge. He starts from when it was first proposed and continues to its completion in 1883. It is full of interesting anecdotes, such as how they tried to cheat with horsehair cables before deciding on chains or how Charles Roebling's wife Emily Roebling helped her husband with the engineering calculations despite being a woman living in an era where this wasn't expected.

We love this book because it gives us a look into the lives of the people behind it and some of the architectural information. McCullough gives a fully formed presentation of this incredible feat and how the people involved could accomplish it. He also goes into how many thought it was utterly insane to build something so massive and expensive when they thought it was sure to fail. 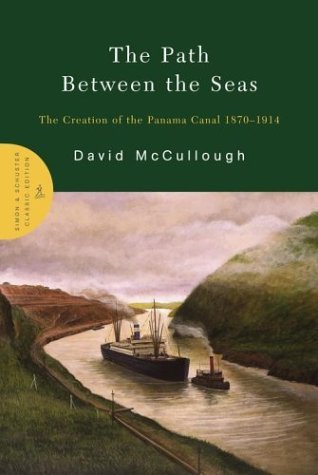 This book examines how an idea was born in France to build a canal across Central America that would link the Atlantic and Pacific Oceans. It tells us how this idea evolved into a project that took more than two decades of planning before it became a reality, with its opening on August 15th, 1914. This 51-mile canal for ships to easily travel from the two oceans was an incredible undertaking for the time.

Most people don't realize that a Frenchman, Ferdinand de Lesseps, initially controlled the canal. President Theodore Roosevelt later took it over before it was completed. It also looks at all of the challenges involved in building this monumental engineering feat, including disease, yellow fever, high-cost overruns, political hurdles, and human tragedy.

10. The Greater Journey: Americans in Paris 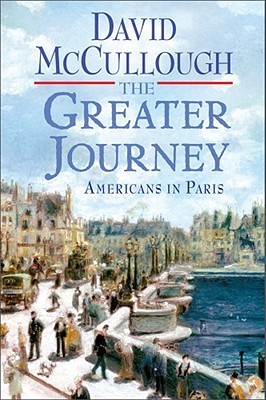 The scope of this book, and everyone in it and how they lived in Paris, is almost impossible to summarize. Many people in it had decided they wanted to live overseas and knew that Paris was a mecca for the arts. They include James Fenimore Cooper, Mark Twain, Harriet Beecher Stowe, and even Oliver Wendell Holmes. It goes into their life as they lived and tried to thrive in the City of Lights.

However, as beautiful as Paris is, it was not without hardships that many of these artists would have to deal with during their time there. These include loneliness, not being accepted by the Parisians, and the general difficulty of being an artist no matter where you are living. It is an insightful view into a world of art, and artists, in a place and time that is rarely examined in a meaningful way.

11. The American Spirit: Who We Are and What We Stand For 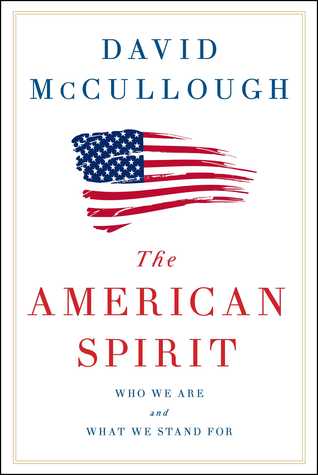 A collection of speeches that McCullough gave from 1989 until 2016 is the basis for this book. The beauty of this book is that you can see how the changes in the U.S.A. have occurred in perfect order. He starts with encouraging college graduates to find their way and keep learning, to ones about patriotism and how presidential power can be abused, and to the issues after the 2016 election.

He felt that these speeches were significant to both people living today and to future generations so that we don't fall into the same mistakes of the past. Reading them will enlighten you on how you can change the way you live and think about your life. And it will help you think about your future and how you'd like to be in it.

12. The Pioneers: The Heroic Story of the Settlers Who Brought the American Ideal West 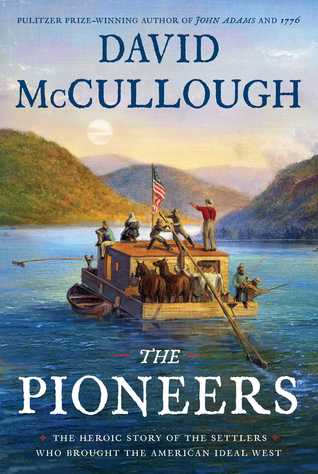 This book deals with the pioneers of the early U.S.A. and their trials and tribulations as they moved here and tried to find a new home. During the Treaty of Paris, the U.S. was given a large area, including what would later become the states of Wisconsin, Illinois, Michigan, and Ohio.

After the U.S.A. was given these states, the minister, Manasseh Cutler, was given control of the area. If people wanted to live there, they had three agreements. One was absolute freedom of religion, universal and free education for anyone, and slavery was not allowed in any way, shape, or form. This book uses the lives of five main characters to explain what it was like, the trials and tribulations, and how they would overcome natural disasters, meet Native People, and much more.

One of the most well-known and acclaimed authors and historians, David McCullough has won two Pulitzer Prizes for his books Truman and John Adams. He also won the National Book Award for The Path Between the Seas and Mornings on Horseback.

President George W. Bush awarded him the Presidential Medal of Freedom in 2006.

His books have been translated into thirty languages worldwide, with more than six million copies in print.

In addition to his books, he also narrated several Ken Burns documentaries including The Civil War, Brooklyn Bridge, and The Congress.