The first book I read by author Patrick Radden Keefe was Say Nothing: A True Story of Murder and Memory in Northern Ireland. His ability to turn a very complex topic into a fascinating read is what drew me to read a second book by him, Empire of Pain: The Secret History of the Sackler Dynasty.

If you love digging deep into the history of a specific topic, then I highly recommend you check out his books. Make sure to leave a little time open in your schedule, though, as it’s hard to put these down once you start.

Patrick Radden Keefe is a staff writer at The New Yorker. He has also appeared as an essayist in Slate, with other notable articles appearing for Vanity Fair and The New York Times Magazine.

In 2014 he received his first National Magazine Award from them after being nominated twice before this time around. They gave it for feature writing about guns or armed violence-related issues like mass killings.

Here is a list of all his current books. 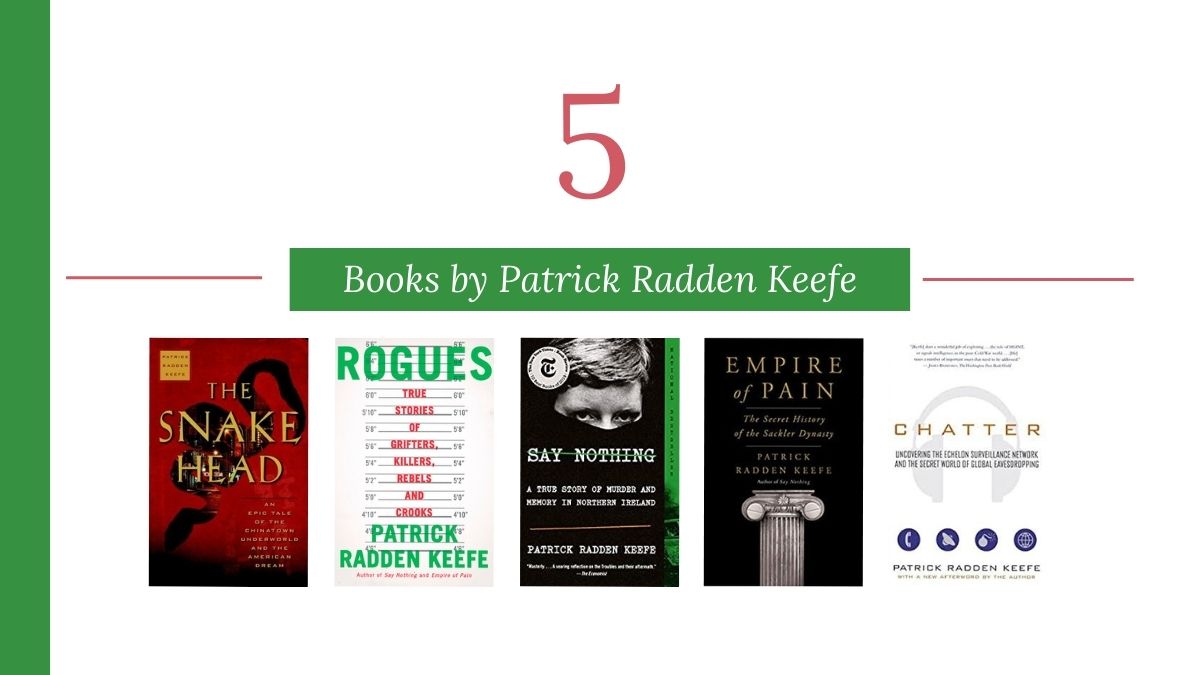 Say Nothing: A True Story of Murder and Memory in Northern Ireland 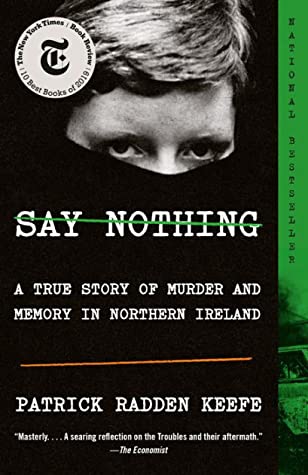 Jean McConville was abducted from her home, leaving behind ten children in December 1972, and no one has seen or heard from her since. Her abduction is one of the most notorious episodes during The Troubles.

This was a period spanning over four decades. Many deaths were due to political violence between republicans (IRA) who wanted unification with Ireland and loyalists fighting against this idea.

In 2003, the authorities found bones on an IRA-controlled beach. It took then took them five long years before they released any information about them. They speculate it is Jean but is it her?

Empire of Pain: The Secret History of the Sackler Dynasty 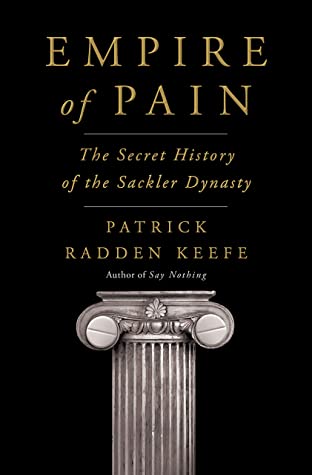 The Sacklers are a family of doctors, philanthropists, and drug company executives who have been at the forefront of pharmaceutical innovation. Purdue Pharma created the famous opioid OxyContin,  which the Sackler family owns. This medication caused addiction and death for too many people.

Because of the price and inability to get prescriptions, this has led to the heroin epidemic that is currently decimating so many towns and cities across the country.

In his most famous book, Empire of Pain: The Secret History of the Sackler Dynasty, investigative journalist Patrick Radden Keefe traces how this dynasty came to dominate an industry that transformed modern life.

This ranges from the positives of pain relief to art patronage, but also became a significant source for America's epidemic of abuse and death. 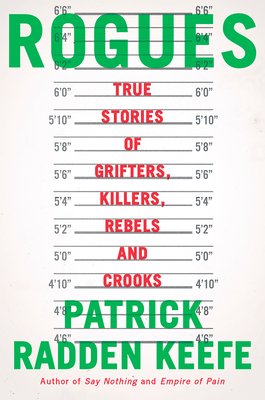 In Rogues: True Stories of Grifters, Killers, Rebels and Crooks, journalist Patrick Radden Keefe tells the stories of some of the most interesting people from all over the world.

These twelve articles, personally chosen from The New Yorker, range from spending time with the late Anthony Bourdain in Vietnam, forgeries of $150,000 bottles of wine, hanging out with black market gun merchants, and much more.

Keefe draws on years of research to bring these larger-than-life figures to you, providing readers with an intimate look at their motivations, methods and lives.

In addition to providing a fascinating glimpse into their worlds, Rogues reminds us that even the most seemingly ordinary people can be capable of so much more than we can imagine.

The Snakehead: An Epic Tale of the Chinatown Underworld and the American Dream 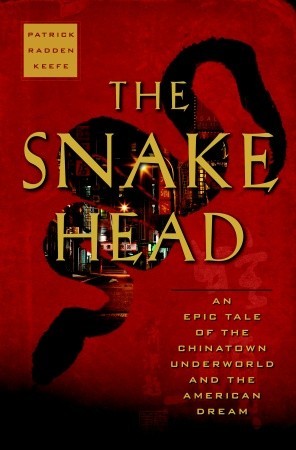 For those of you who have never heard the name "Snakehead," think Al Capone with a fishing pole. This is Patrick Radden Keefe's story of how he infiltrated one of New York's most notorious gangs, The Snakeheads.

As a journalist and former bureau chief for The New York Times in Beijing and Shanghai, Radden Keefe has in-depth knowledge of the underworld in two different nations and three different cities.

It is a gripping tale of intrigue with unexpected twists and turns. You won't want to put it down once you start reading!

Chatter: Dispatches from the Secret World of Global Eavesdropping 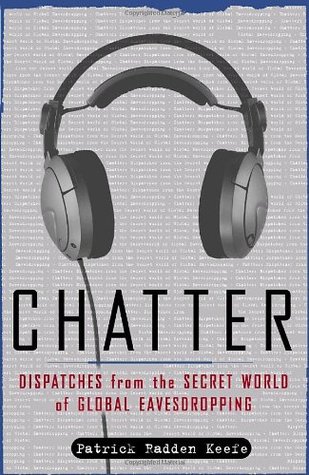 Have you ever looked at a map of the world and zoomed in on a tiny spot? You see that one little dot, but it's part of a fantastic story. The world is a prominent place, and there are lots of things happening. But how do we know what's going on?

That is what this book is about, and Radden Keefe gives us a window into some of these stories. He'll take you through the eyes and ears of people who have been there, and what they have to say about their experience may surprise you.

He travels worldwide to report from places that most journalists can't go: Syria, Afghanistan, North Korea, and then he brings it home with him and shares with us what he has seen from around the globe.