11 Must Read Books About Women Scientists

You may have learned about some of the women who have influenced the world of science in school. However, many have been overlooked.

This page lists 11 books that everyone should read to learn more about these incredible women, their achievements, and how they have changed the world.

I've made a list in the order of my favorite ones below, which I think are very diverse and inclusive, to help you get started on your journey. Hopefully, you'll like them also and have ideas for others! 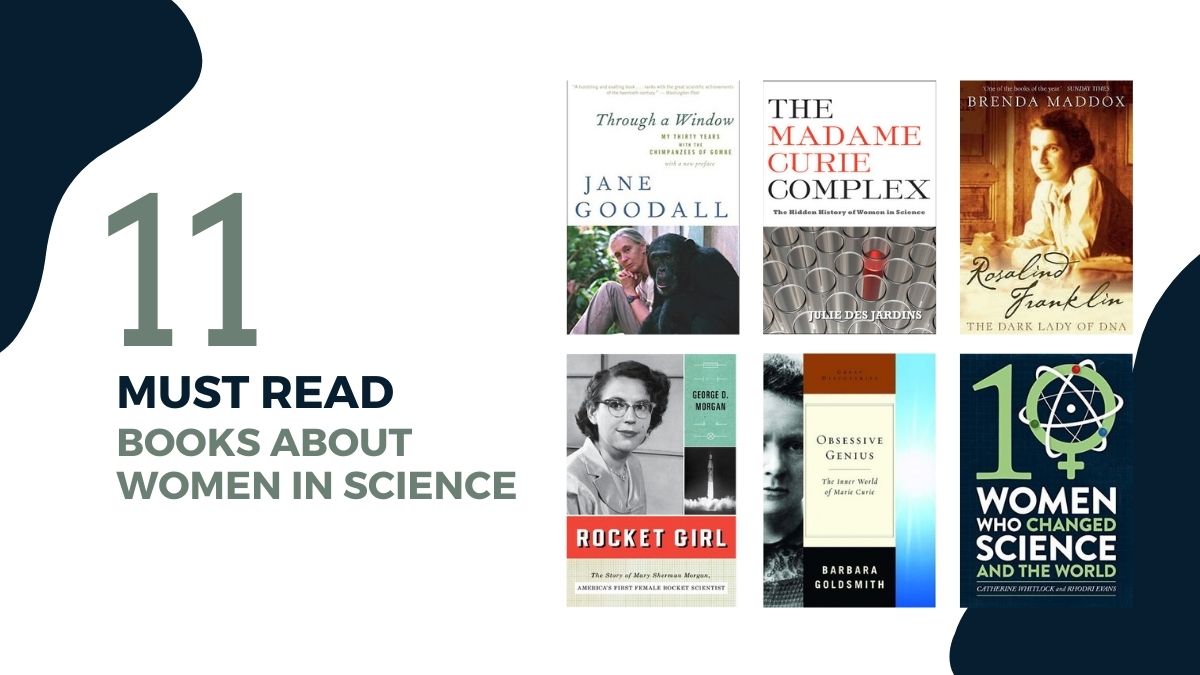 1. Women in Science: 50 Fearless Pioneers Who Changed the World 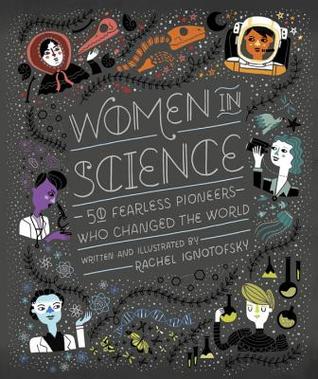 What do Marie Curie, Nicolaus Copernicus, and Rosalind Franklin have in common? They are all women who changed the world. Whether it's discovering a new planet, mapping the Milky Way galaxy, or finding out how DNA replicates itself, women have been making considerable contributions to science for centuries.

In this book by Rachel Ignotofsky, you will learn about these fearless pioneers and many others like them. It includes over fifty women from different countries and time periods who made their mark on scientific history. Being that it has gorgeous illustrations, it is perfect for people of all ages.

This is one of the books about women scientists that will inspire everyone to go further and achieve more than they could even imagine.

>> More books about women in history 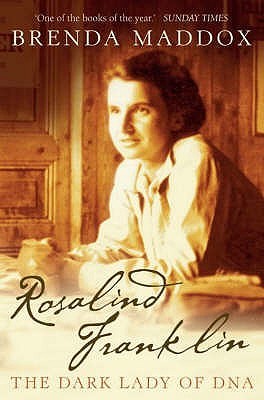 Rosalind Franklin is an often overlooked woman in the history of DNA research. She was one of three scientists who contributed to discovering that DNA has a double helix structure. Still, because she died before her work was published, she has been largely forgotten by today's society.

Brenda Maddox's biography chronicles how Rosalind came to be known as "the Dark Lady" in Francis Crick and James Watson's race to discover the secret of life. The book gives us insight into Rosalind Franklin's personality and what it took for her to succeed in science during a time when women were not widely accepted or respected.

This is a must-read even today as she does not get the well-deserved respect while Crick and Watson won Nobel Prizes.

3. The Madame Curie Complex: The Hidden History of Women in Science 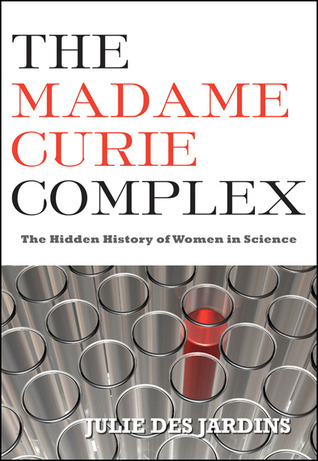 Marie Curie discovered and researched radium and polonium and has become famous. But some so many other women scientists have been overlooked by history. That's where Julie Des Jardins comes in with her new book, The Madame Curie Complex: The Hidden History of Women Science.

This book shares stories of these unique females who have helped shape science for centuries but were never given their due credit. This book will show you just how much power women have had over scientific discoveries throughout history and how it has changed our world today.

This is one of the books about women scientists that will leave you amazed at how many of the most important scientific discoveries were made by them.

>> More must read books for women 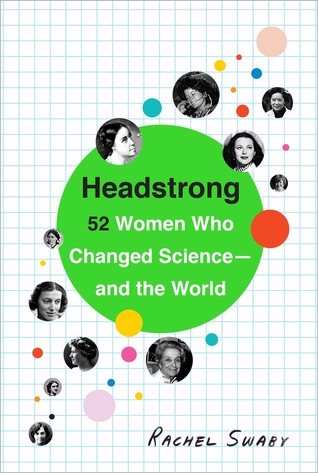 Women are routinely underrepresented in the sciences. This book tells the history of women who have made considerable contributions to science and technology, not just as scientists themselves but also as wives, mothers, suffragettes, social activists, and more.

The stories of these women show how they fought for equality in their fields through perseverance and hard work. They faced sexism head-on with intelligence and determination, which paved the way for future generations of female scientists.

This book is informative while also being entertaining. Each woman has a chapter of about 5 or 6 pages, so it is an excellent read for anyone interested in books about women scientists and how they have changed the world.

>> More about the women's suffrage movement

5. Through a Window: My Thirty Years with the Chimpanzees of Gombe 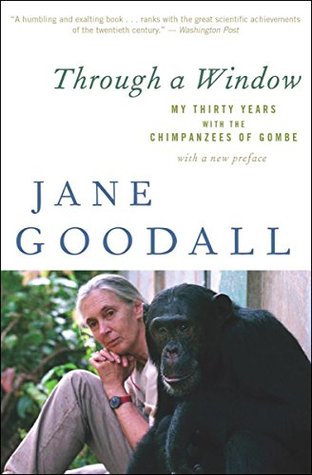 Almost everyone knows about Goodall's Gorillas in the Mist, but in her book, Through a Window: My Thirty Years with the Chimpanzees of Gombe, Jane Goodall shares her experiences researching chimpanzees in Tanzania. She discusses many aspects of their lives, from social behavior to tool use and hunting.

So what he experienced includes how chimps raise their babies, how they survive in the social circles that a group of chimps live in amongst each other, and even how they have been known to fight other species that threaten them, such as baboons or monkeys.

This is an incredible read for anyone interested in learning more about our closest living relatives according to DNA and how they and we interact as a species.

6. Ten Women Who Changed Science, and the World

This book delves into the story of ten women who changed the world through science. From Marie Curie to Dorothy Hodgkin to the more famous Jane Goodall and others, these ladies have been at the forefront of groundbreaking discoveries that forever altered our understanding of science.

In their profiles, readers will learn about what inspired these women to pursue careers in science, as well as the obstacles they had to overcome along their paths. A timeline for each woman detailing her significant accomplishments also highlights interesting lesser-known facts about them, making the book even more enjoyable.

This is one of the best books about women scientists that shows just how much they changed the world for the better.

7. Trailblazers: 33 Women in Science Who Changed the World

There are some remarkable women in history that have made their mark on the world, but it's not often that we focus on them. Trailblazers is a book designed to give these women the credit they deserve. It features 33 different stories of powerful and influential scientists who have changed our world for better or worse.

There are many examples of this, such as Chien-Shiung Wu, who worked on the Manhattan Project, Rosalind Franklin's work with DNA, and Marie Curie's groundbreaking work with radioactivity. Another is Irene Joliot-Curie's Nobel Prize-winning research into artificial radioactivity, among others.

Especially since it is a short read, it is a perfect primer for anyone who wants to read more books about women scientists.

>> More about the Manhattan Project 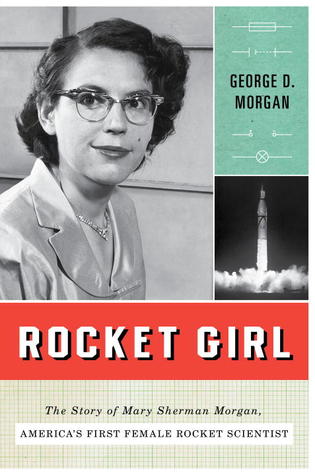 Rocket Girl is an inspirational memoir about the life of Mary Sherman Morgan. It recounts her adventurous, educational and successful career as a rocket scientist at NASA's Jet Propulsion Laboratory in Pasadena, California. She was one of the few women to get involved with this kind of work in the 1940s and 1950s, when it was still very unusual for a woman to have such a position.

The book also follows her journey from childhood to adulthood, where she overcame many obstacles in order to become one of the most influential female scientists in history. Her son wrote this memoir, so it is fact-based while profoundly touching and caring for her past.

9. Lise Meitner: A Life in Physics 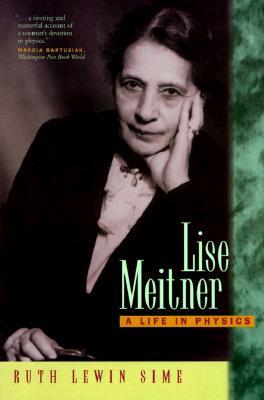 Born in 1878, Lise Meitner would become one of the most influential scientists of the 20th century. Her contributions to nuclear physics were unparalleled, and she was honored with many awards for her work. She is best known for her co-discovery of atomic fission, which led to nuclear energy and nuclear weapons development.

Her discoveries made it possible to harness this power as a sustainable energy source instead of fossil fuels. Sadly, due to sexism in the field at that time, she was not given credit for her discovery but rather lost out on patent rights when Otto Hahn published his findings without crediting her contributions.

Fun Fact: Lise Meitner was so crucial in the world of science that she has an asteroid named after her! 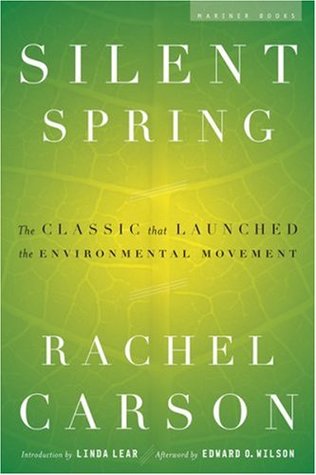 Rachel Carson's Silent Spring is a book that everyone should read. It discusses the effects of pesticides and other chemicals on our environment and how these chemicals affect human health. The book was published in 1962 and has been an influential work ever since.

This book was instrumental in getting DDT banned from agricultural use in 1972 and protecting water quality for all Americans under the Clean Water Act (1972). Even though she died soon after writing this book in 1964, her legacy lives on through today's environmental movements.

It is unlike any other of the books on women scientists that you'll find anywhere. 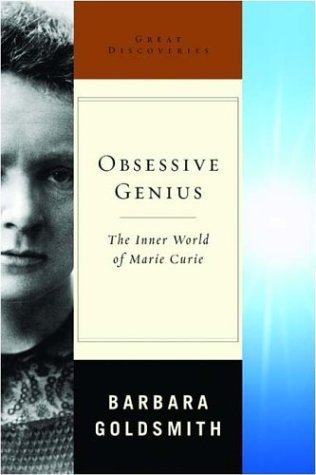 Marie Curie was a trailblazer in the world of science. She is credited with discovering radium and polonium, two elements that are crucial to modern medicine. Her work paved the way for future generations of scientists, and she has been called "the mother of nuclear physics."

As if this wasn't impressive enough, she also became the first woman to win a Nobel Prize in 1903. But her life story isn't without its challenges: she faced sexism from male colleagues, lost loved ones early on, and had many obstacles in her personal life due to being a woman when women were expected to be wives and mothers.

Even so, Marie Curie's legacy lives on today through her perseverance despite adversity.