If you're interested in learning more about the history of witchcraft, then check out the 14 best nonfiction books about witchcraft history.

These books will teach you everything from the Salem trials to modern witches and paganism. 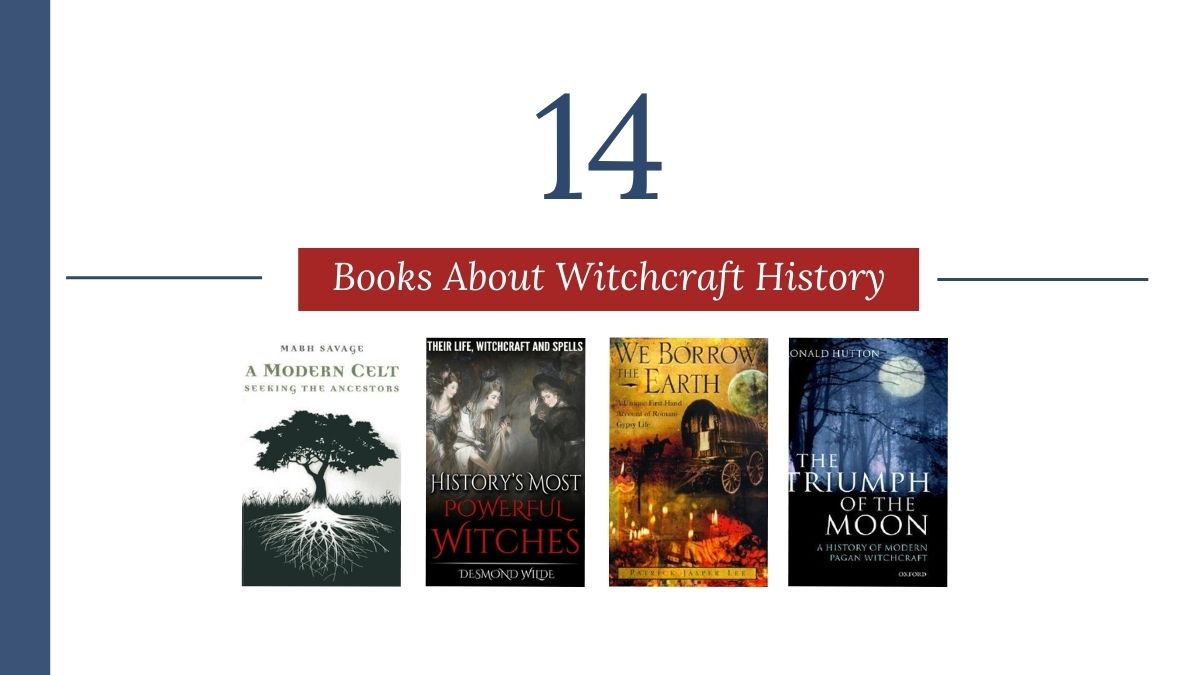 1. The Night Battles: Witchcraft and Agrarian Cults in the Sixteenth and Seventeenth Centuries 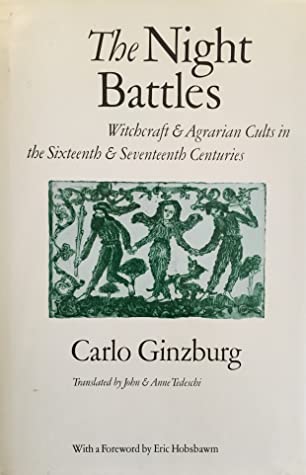 The Night Battles is a captivating exploration of witchcraft and agrarian cults in 17th century Italy. This is about a group of people in Italy who named themselves the “Benandanti.” Interestingly enough, these people claim to be anti-witches since four times a year; they would somehow leave their bodies and battle witches in their fields. If they won this dream battle, their crops would be good. If they lost it, their crops would fail.

The anti-witches are on this list because the church at first accepted them but then became worried about their beliefs and took action. Ginzburg uses the records of criminal trials to show how ordinary people experienced these superstitious practices. He also draws on anthropology, folklore studies, sociology, psychology, and literary theory.

2. Drawing Down the Moon: Witches, Druids, Goddess-Worshippers, and Other Pagans in America 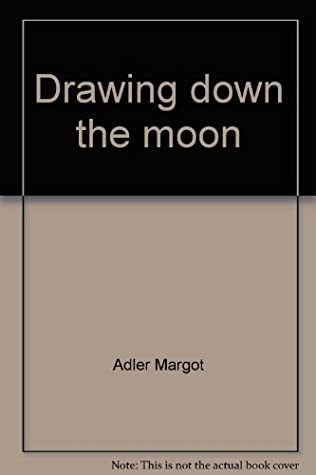 There is a long history of witches and goddess-worshippers in the United States. Margot Adler explores this history in her book by examining different types of witchcraft from a feminist perspective. In the introduction, she states, "Some people think that all witches are evil, but historically most were healers."  This introductory sentence offers insight into what to expect from the rest of the article while also being open enough for interpretation for those who have not read it yet.

She examines many issues, including what witches were in the past and today, how witches interacted with other belief systems, and more.  The tone is friendly with an emphasis on understanding others' perspectives which makes it easy to read and relate to Margot's own experiences and those she shares through interviews.

3. The Triumph of the Moon: A History of Modern Pagan Witchcraft 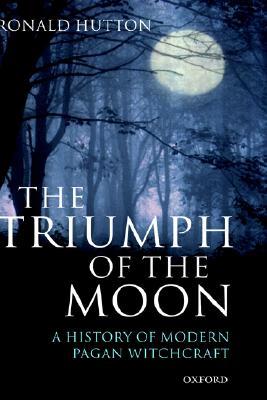 The Triumph of the Moon is a scholarly work examining the rise of modern pagan witchcraft. Ronald Hutton, a historian, and professor at the University of Bristol, first published this book in 1999. The book describes how British pagans could survive during Victorian England by adapting their practices to be more acceptable to society.

This fascinating history makes some interesting points about our modern understanding of paganism and witchcraft and insights into what it means for people who practice these religions today. It also tells the story about how new age spirituality came into being through these adaptations by pagans who wanted to create something unique for themselves without rejecting their religious roots altogether. He examines how the majority of Wiccans and users of witchcraft are healers, but they are most often associated with darkness, superstition, and evil because of lies and mistruths.

4. We Borrow the Earth: An Intimate Portrait of the Gypsy Shamanic Tradition and Culture 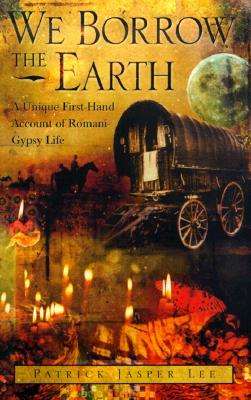 The Gypsy Shamanic tradition is an ancient tradition that has been practiced for centuries. It's a long-standing culture with roots in the Balkan region, spreading to other parts of Europe and North Africa. Author Patrick Jasper Lee goes into great detail about this fascinating culture in his book "The Gypsy Shamanic Tradition and Culture." He explores the rituals, practices, beliefs, folklore, traditions, myths, and legends associated with this particular group. All readers are welcome to learn more about how the Romani live their lives through this informative book.

5. The Way of the Shaman 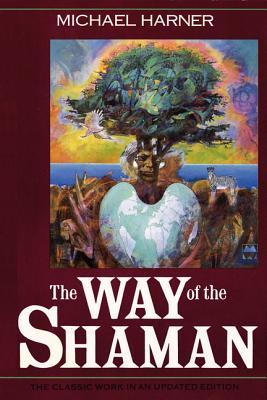 I'm sure we've all heard of shamans. They're the people who can talk to spirits, right? But what IS shamanism? According to Michael Harner, shamanism is the most ancient spiritual practice on Earth. In his book, The Way of the Shaman, Harner provides an in-depth exploration of this topic, delving into its history and sharing techniques that anyone can use to connect with the spirit.

It includes information on the history and origins of shamanism, its basic concepts and beliefs, and the various techniques used by shamans. Harner also offers advice on how to begin practicing shamanism yourself. Whether you're a beginner or an experienced practitioner, this book will provide you with valuable insight into one of the oldest spiritual traditions in the world.

6. History's Most Powerful Witches: Their Life, Witchcraft, and Spells 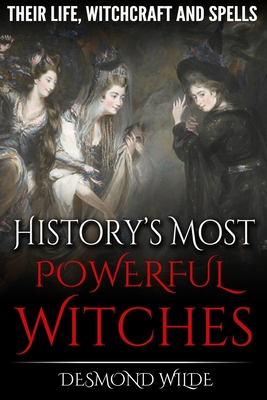 Some people in history have been unfairly persecuted and labeled as witches. This book seeks to tell the story of some of these courageous women and dispel any myths that have been attached to them over time. Drawing on primary sources, the author paints a detailed portrait of each woman, showing how they used their craft to empower themselves and effect change in their communities.

You may have heard of some of these witches, but many others will surprise you. We found it interesting how many famous people are or were witches. Whether you are already familiar with these fascinating women or are meeting them for the first time, I think you will find this book both informative and inspiring.

7. The Occult, Witchcraft, and Magic: An Illustrated History 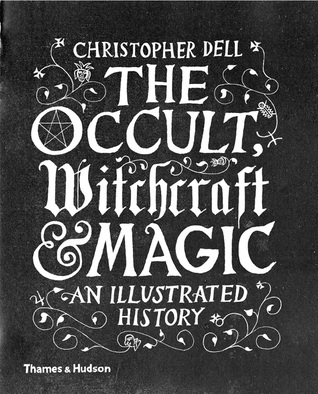 Christopher Dell's book, Occult, Witchcraft, and Magic: An Illustrated History, is a fascinating study of the history of magic in both modern and ancient times. Though often looked down on by some religious groups as being dangerous or evil, this book clarifies that many people still practice them today for their healing properties. The author takes a look at various occult practices from different cultures worldwide to show how these traditions have changed over time. It also examines the idea of witchcraft and magic through the eyes of sociology and psychology of the world.

With illustrations that date back centuries ago, this book will take you on an exciting journey into the world of witchcraft and magic.

8. The Truth About Witchcraft Today 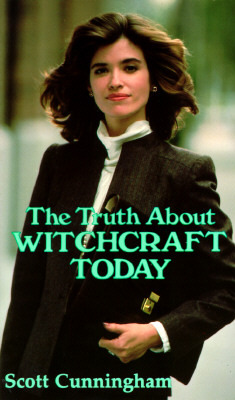 The author of this book, Scott Cunningham, was a leading authority on witchcraft and natural magic. This book was his first and most famous work on the subject. The Truth About Witchcraft Today: What It Is and What It Isn't catalogs various misconceptions about witchcraft that people have today and how it has changed over time. Another essential point Cunningham makes is how it differs from other religions or philosophies and what you can do with this knowledge today.

He also discusses what witches believe about themselves, their religion, rituals, and spells. These include some basic tenets of Wicca, such as the law of threefold return (the belief that any good deed will be rewarded with something more than you gave). His goal is to help readers understand this misunderstood religion better by explaining its history and practices in an accessible way. 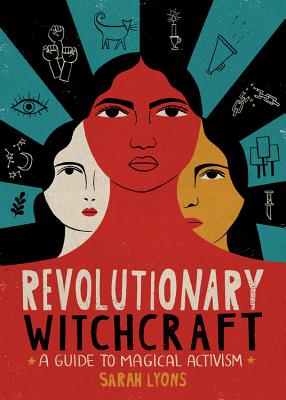 Revolutionary Witchcraft is a guide to magical activism written by Sarah Lyons. The book takes the reader on an exploration of how witchcraft can create change in the world through its practices. She goes through the history of witchcraft, from the first recorded instances to today’s world. She discusses how everything you do with your body has power and that it's essential that witches put their energy into causes they care about, like feminism, environmentalism, and animal rights.

Even though this is primarily a book about the history and ability to change the world through activism, the author also shares some spells she created with her coven, explicitly designed with activism in mind. This book is a guide for practicing witchcraft to change the world.

10. A Modern Celt: Seeking the Ancestors 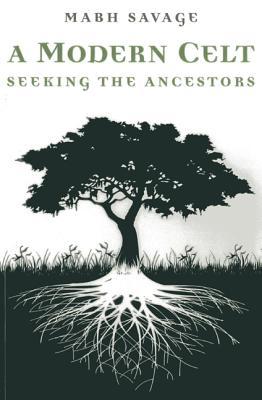 This is a must-read for anyone interested in Celtic culture and paganism. Drawing on history, mythology, and personal experiences, Savage weaves a rich tapestry of Celtic tradition and modern life. The result is an entertaining and informative exploration of one woman's journey to find her Celtic roots as she travels to the United Kingdom to see where she came from originally.

If you're looking for a well-rounded introduction to Celtic culture or want to learn more about one woman's quest to connect with her ancestors, be sure to check out A Modern Celt. And it might draw you to find out more about your ancestors and their beliefs using genealogy too. 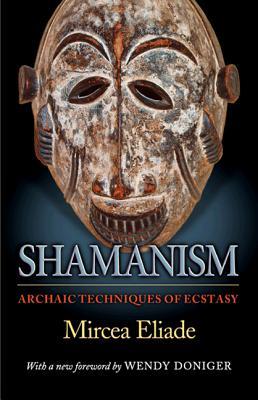 Mircea Eliade was a Romanian scholar who wrote extensively on the history of religions. The shaman is a spiritual guide and healer who communicates with the spirit world. In this book, he examines how shamans use archaic techniques of ecstasy to heal and communicate with spirits. This book looks at ritualistic practices such as chanting, drumming, fasting, and drugs that induce altered states of consciousness to achieve an ecstatic state.

His works are often considered seminal to the study of shamanism, archaic techniques of ecstasy. In this book, he presents his view that an ecstatic experience is "an act involving two persons - one who undergoes it and another who produces it."  The author considers that there are many types of shamans globally and that different ideas or methods can cross over to each other. He also draws parallels among these forms with other spiritual disciplines such as asceticism in India, Daoist yoga in China, Christian mysticism in Europe, Sufi dancing-dervish technique in the Muslim world, and African spiritual beliefs, among others. 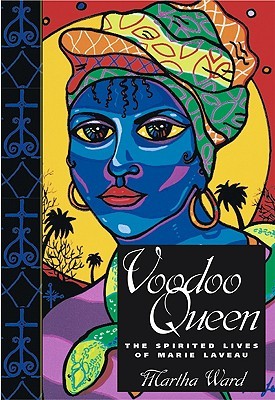 During the 19th century in New Orleans, there were two Marie Laveau: A mother and a daughter. Both used Voodoo and were masters of it after leaving Catholicism. They also fought for equality and seemed to be able to move from the worlds of black and white people because of their strength and power.

Even if you don't believe in Voodoo, just their ability to make people fear them and respect them will give you insight into the culture and its acceptance in New Orleans during these times. It examines how these women dealt with segregation, the fall of free blacks during reconstruction, and how these women did not allow that to stop them. And, beyond that, there is the lingering question of how the young Marie disappeared and what that meant for history.

13. The Penguin Book of Witches

The Penguin Book of Witches by Katherine Howe is a compilation of the most famous witches from folklore. This book includes some well-known witch stories, such as Joan of Arc, the Salem Witch Trials, and the legends surrounding Increase Mather, who accused so many women of being witches. It also includes lesser-known tales from cultures around the world with magical traditions.

The book is made up of chapters, each focusing on a different type of witches, including wise women, male witches, and one that looks at what we can learn from our history about how to live with differences in today's world. It also talks about how this persecution caused some people's lives to become more difficult than others. The author, Katherine Howe, does an excellent job at explaining why these witch trials happened and how they could happen because of the beliefs that people had back then. She also tells us who was behind these witch hunts and why they did it.

14. Wicca: A Guide for the Solitary Practitioner 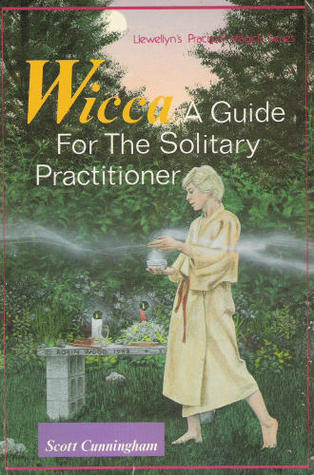 This is one of the most popular books on Wicca, Witchcraft, and earth-based spirituality available today, making it an excellent guide for those looking to learn more about this ancient tradition. It teaches readers how to develop their rituals; cast spells; create magical tools; understand what Wiccan symbols mean and how they can be used in ceremonies, and more.

Some of these include how to perform divination (fortune-telling) with tarot cards, runes, or other methods; make amulets and charms that protect from evil spirits or bring good luck; find power places on Earth where we come together as a group, and more.