Books About Martin Luther King Jr.: 10 Reads About His Life

These books about Martin Luther King Jr. (MLK Jr.) offer a look inside this leader, activist, and family man. You'll learn about his childhood in Atlanta, Georgia, all the way up to his assassination.

You’ll learn about how he became a Baptist priest and how he came to know Rosa Parks.

Our list also includes a few books about his speeches. 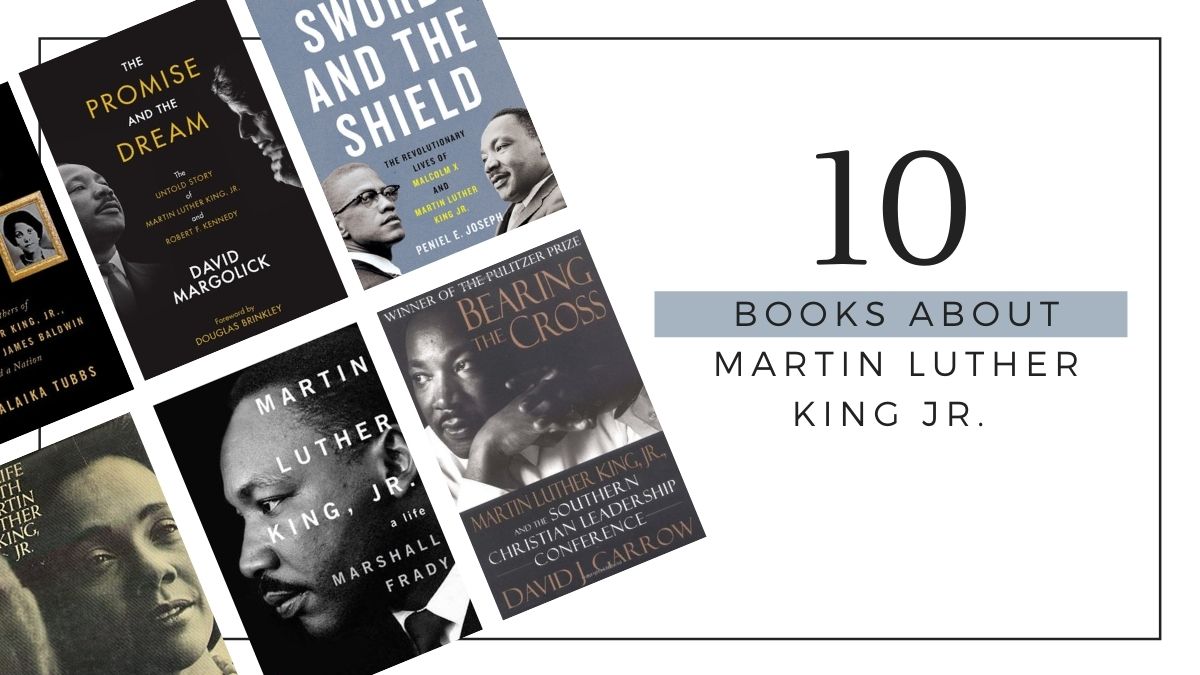 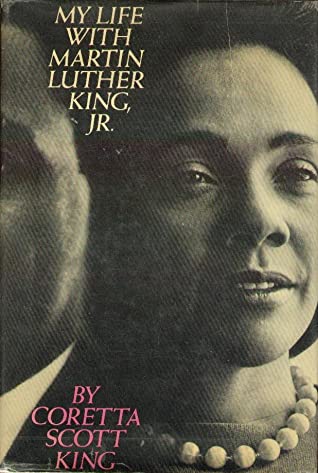 Fans of Coretta Scott King's autobiography, My Life with Martin Luther King, Jr., will enjoy this new release. It provides a detailed account of the King family's life and work in the civil rights movement.

Mrs. King also offers insights into her husband's thoughts and feelings, as well as her own.

It was initially written in 1969 and updated to include details for a larger audience.

2. The Three Mothers: How the Mothers of Martin Luther King, Jr., Malcolm X, and James Baldwin Shaped a Nation 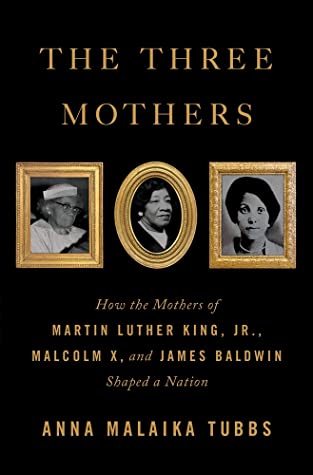 In any discussion of the Civil Rights Movement in the United States, three names are inevitably mentioned: Martin Luther King Jr., Malcolm X, and James Baldwin. These three men were giants in the struggle for racial equality, and each left a unique mark on American history.

But what often goes unsaid is the role that their mothers played in shaping their sons' lives and guiding them on their paths to activism.

This book takes a closer look at the mothers of MLK Jr., Malcolm X, and James Baldwin and explores how they helped shape their sons' legacies. 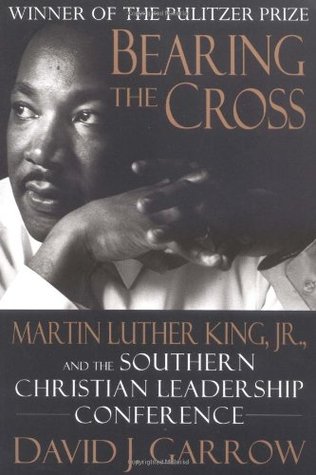 In the early morning hours of April 4, 1968, Martin Luther King Jr. was fatally shot while standing on the balcony of the Lorraine Motel in Memphis, Tennessee. While the cause of his death is still debated today, what is not up for debate is King's legacy as one of the most influential civil rights leaders in American history.

Winner of the 1987 Pulitzer Prize for Biography, this book is based on hundreds of recorded conversations and interviews with MLK Jr.’s closest friends, family, and associates.

4. My Brother Martin: A Sister Remembers Growing Up with the Rev. Dr. Martin Luther King Jr. 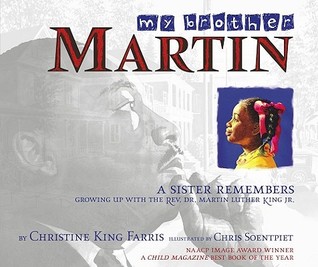 My Brother Martin is a moving tribute to the Reverend Dr. Martin Luther King Jr., written by his sister, Christine King Farris. Raised in a family that placed a high value on education and service to others, Martin Luther followed in his father's footsteps as a minister of the gospel.

Devoted to ending racism and poverty, he became one of the most influential civil rights leaders of our time. Christine King Farris shares touching stories about her brother's life, from their childhood days together to the tragic assassination that ended his prophetic ministry.

It's a short but fantastic read for anyone looking to make a difference in our world.

5. Hellhound on His Trail: The Stalking of Martin Luther King, Jr. and the International Hunt for His Assassin 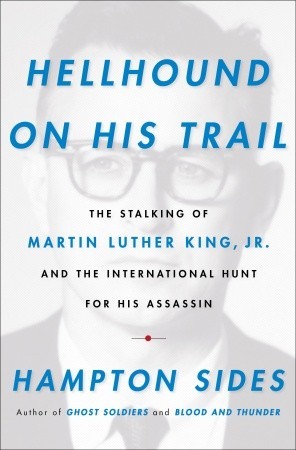 Few books can claim to be as meticulously researched as Hellhound on His Trail. The author, Hampton Sides, exhaustively examines the case of Dr. Martin Luther King Jr.'s assassination.

What makes this book so riveting is that it reads like a thriller.

Sides takes the reader on a journey from Memphis to Atlanta to Los Angeles, painting an intricate picture of the events leading up to King's death.

Anyone interested in history or justice will find this book impossible to put down. 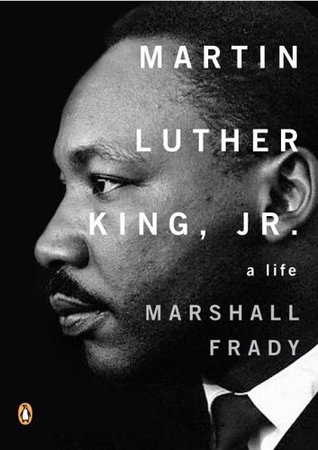 In this biography, Martin Luther King, Jr.: A Life by Marshall Frady, you will find an in-depth look at the life of one of the most influential figures in American history.

From his upbringing and education to his work as a civil rights activist and eventually an international figure, King's life is explored in detail.

Frady is famous for being the unofficial journalist of the Civil Rights Movement. It allowed him to dig deep into his experience to talk about MLK the man and his legacy.

7. The Sword and the Shield: The Revolutionary Lives of Malcolm X and Martin Luther King Jr. 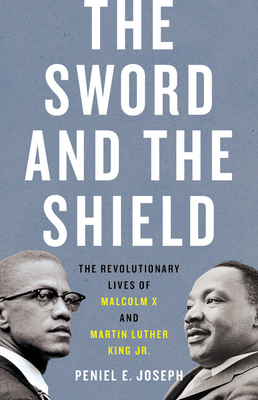 No matter how much you know about Malcolm X and MLK Jr., it's hard to deny the impact they both had on society.

The Sword and the Shield tells the story of their lives, how they intersected, and how they changed the world.

This book is a must-read for anyone interested in history, civil rights, or biography. It's also a great way to better understand American politics and culture.

Whether you're a longtime fan of Malcolm X and MLK Jr., or you're just getting started learning about them, this book is sure to fascinate and educate. 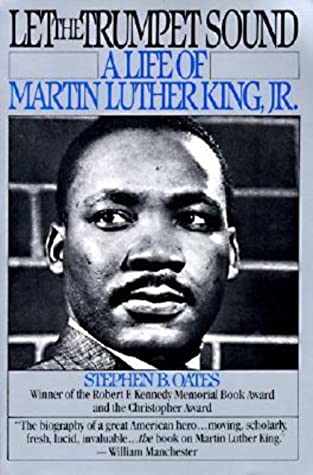 Written by: Stephen B. Oates

Stephen B. Oates' Let the Trumpet Sound: A Life of Martin Luther King Jr. is an engaging and comprehensive biography of MLK Jr.

Oates does a fantastic job of portraying all aspects of King's life, from his personal relationships to his political activism.

This book is essential reading for anyone who wants to learn more about this iconic figure in history.

9. The Promise and the Dream: The Untold Story of Martin Luther King, Jr. And Robert F. Kennedy 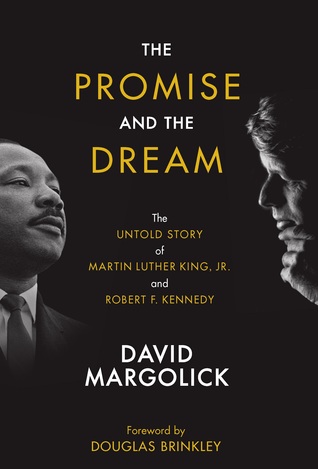 This book covers the relationship between two critical figures in the Civic Rights Movement in the 1960s: Martin Luther King, Jr. and Robert Kennedy.

You’ll read about how these two figures respected each other but had a complicated relationship as they bought fought to move their cause forward.

Both were assassinated in 1968, and this book shows the lasting impact in our world today.

10. The Plot to Kill King: The Truth Behind the Assassination of Martin Luther King Jr. 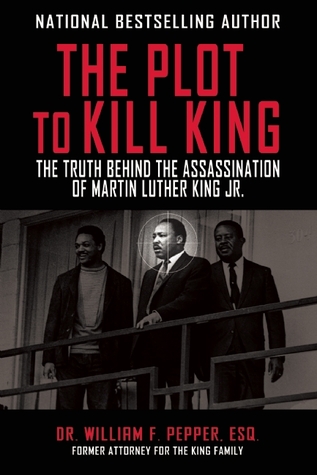 This book is a little different from the others on this list. Written by James Earl Ray’s lawyer, William Pepper, you’ll learn about who he thinks killed MLK Jr. and why.

He shares evidence and testimony he had access to during the trial and why everyone pointed the finger at Ray to take the fall.

Is it just another conspiracy? It’s a different view compared to the official report but read it to see what you think based on the evidence.