20 Books About the Iraq War

Are you looking for the best Iraq War Books? On our list of 20, you will discover several fascinating reads about what led up to the conflict, what happened during, and the impact of this war.

You will hear stories directly from the soldiers that fought during the conflict. You’ll also find reads from investigative journalists that cover several stories or important events within this war. 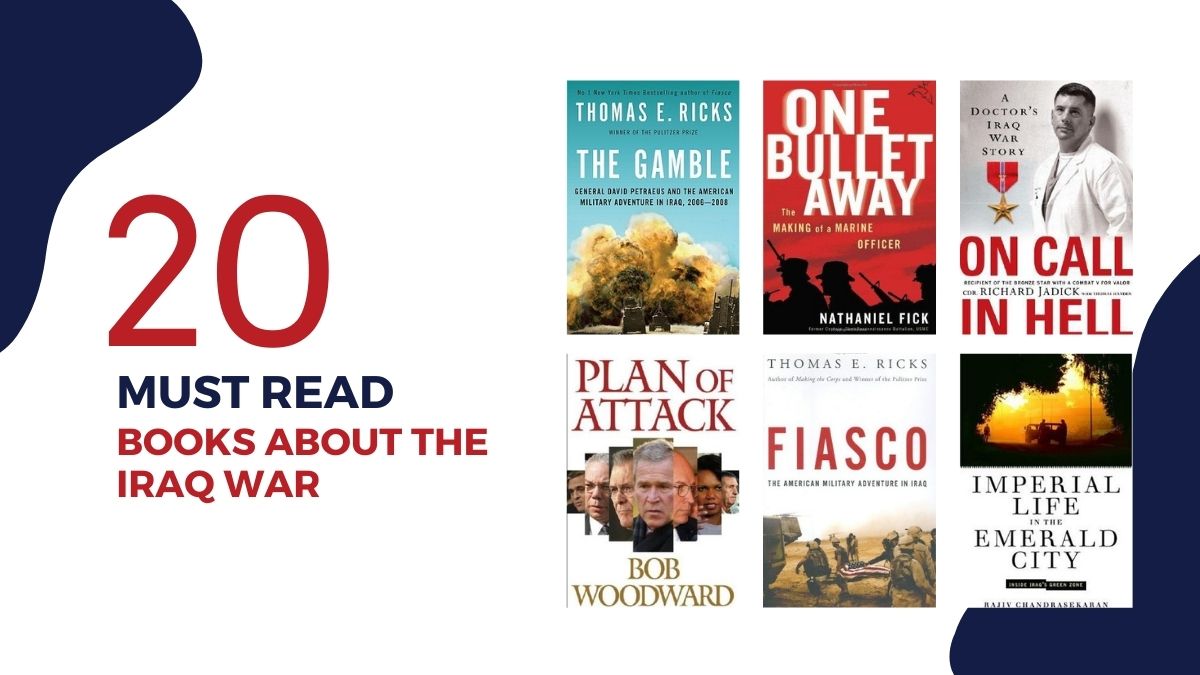 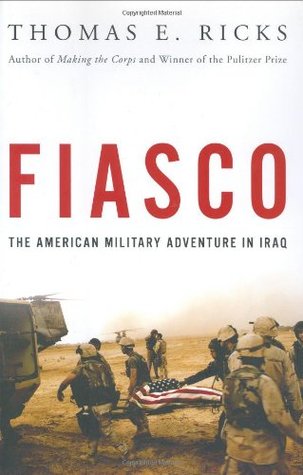 In his book, Fiasco: The American Military Adventure in Iraq, Pulitzer Prize-winning journalist Thomas E. Ricks offers a scathing critique of the United States' invasion and subsequent occupation of Iraq.

Drawing on interviews with hundreds of military personnel, as well as government documents and news reports, Ricks paints a damning picture of a flawed campaign characterized by strategic blunders, tactical incompetence, and widespread human rights abuses. 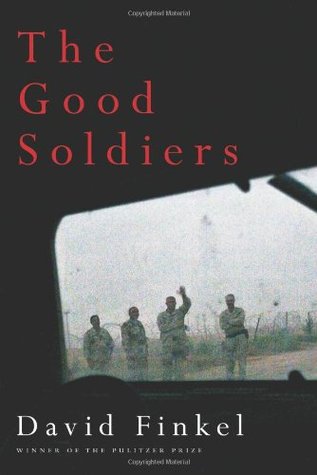 The Good Soldiers tells the story of Army soldiers in the 2-16, a battalion also known the Rangers during their deployment in Baghdad. It provides an intimate and unvarnished portrait of regular American soldiers in Iraq from their perspective on the ground.

The book has been praised for its "subtlety and profundity" (The New York Times) and Finkel's "unerring eye for detail" (The Washington Post).

It is a must-read for anyone interested in modern warfare and the human experience on the front lines. 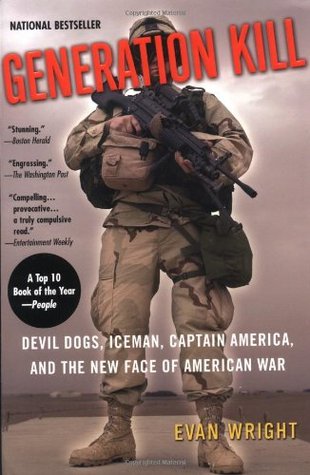 If you're a fan of books about the war in Iraq, then you'll love Generation Kill. Evan Wright's firsthand account of the Iraq War is eye-opening, engaging, and downright fascinating.

From the initial invasion to the toppling of Saddam Hussein's regime, Wright takes us on a starkly honest journey into the heart of one of America's most controversial military campaigns. If you're looking for an unvarnished portrayal of what it's like to be a soldier in today's wars, then look no further than Generation Kill.

4. Paradise General: Riding the Surge at a Combat Hospital in Iraq 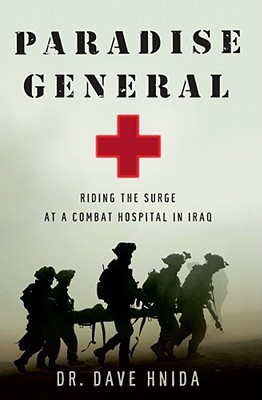 In his riveting book, Paradise General: Riding the Surge at a Combat Hospital in Iraq, Dave Hnida takes readers inside a U.S. army hospital serving as a frontline medic in the Iraq War. He volunteered to be deployed to Iraq twice during the war.

Drawing on his own experiences and the stories of dozens of fellow doctors and nurses, Hnida delivers an extraordinarily intimate account of life and death at war.

This is a must-read for anyone who wants to understand the reality of modern combat. 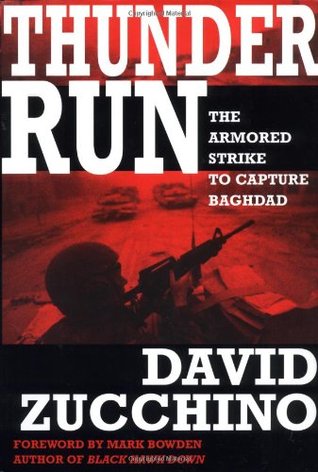 Drawing on interviews with insiders and frontline troops, Zucchino provides a riveting account of the chaotic hours leading up to Baghdad's fall and offers a unique perspective on the much-debated strategy used in the Iraq War.

In addition to learning about the battle, you will also learn about the soldiers involved in it, what they went through leading up to this day, and what happened during the battle.

6. American Sniper: The Autobiography of the Most Lethal Sniper in U.S. Military History 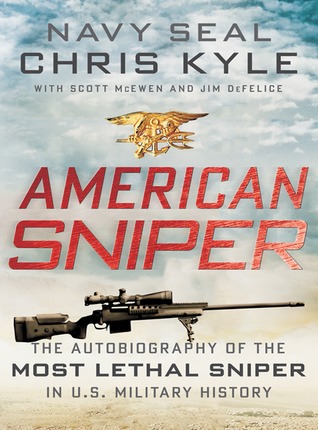 Chris Kyle was known as the most lethal sniper in U.S. military history, with 160 confirmed kills. His autobiography, American Sniper, tells the story of his incredible career as a Navy SEAL and his personal struggles with post-traumatic stress disorder after returning home from Iraq.

This riveting book is not only an intense but gives you an inside view on what it’s like to be a sniper for the US military.

7. Imperial Life in the Emerald City: Inside Iraq's Green Zone 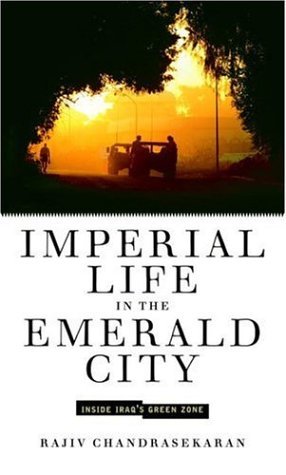 Rajiv Chandrasekaran's Imperial Life in the Emerald City is an explosive and eye-opening account of the Authority Zone, or Green Zone, in Baghdad during the Iraq War. As a correspondent for the Washington Post, Chandrasekaran had unparalleled access to the inner workings of this heavily fortified enclave where U.S. officials and contractors lived insulated from the violence and chaos outside.

The book offers a scathing critique of the American occupation of Iraq, exposing corruption and incompetence at all levels of government. It is essential reading for anyone interested in understanding what went wrong in Iraq and why. 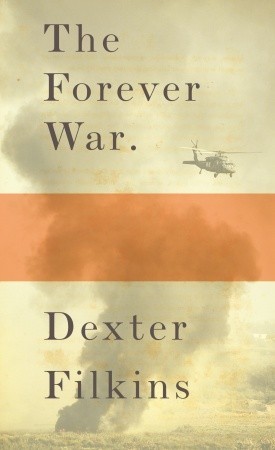 Dexter Filkins' latest book, The Forever War, takes readers on a harrowing journey through the Iraq War and its aftermath. Drawing on his own experiences as a correspondent for The New York Times, Filkins provides an unflinching look at the horrors of war and its lasting impact on both soldiers and civilians.

This unforgettable account is sure to leave a lasting impression on readers.

9. Cobra II: The Inside Story of the Invasion and Occupation of Iraq 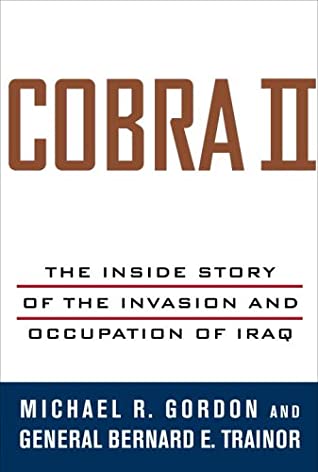 Cobra II is a detailed and multi-faceted account of the Iraq invasion and occupation written by journalist Michael Gordon.

The book takes a comprehensive look at the strategic decisions made by the United States government in the lead-up to and aftermath of the war, as well as provides an insightful glimpse into life on the ground for both American soldiers and Iraqis.

10. No True Glory: A Frontline Account of the Battle for Fallujah 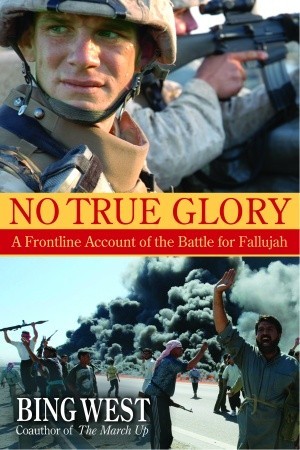 If you're a fan of war memoirs, then you'll want to read No True Glory: A Frontline Account of the Battle for Fallujah by Francis J. West Jr. This riveting book provides a firsthand account of the battle that took place in Fallujah, Iraq in 2004.

It's an intense and harrowing read, but it offers a unique perspective on one of the most important battles of the Iraq War. If you're looking for a gripping military memoir, then be sure to check out No True Glory.

11. Sniper One: The Blistering True Story of a British Battle Group Under Siege 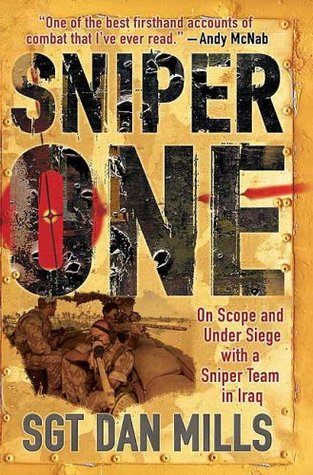 Mills was one of the snipers who fought alongside these troops, and his firsthand account gives readers a unique perspective on what it was like to be in this harrowing situation. The book is full of action and suspense, but it's also poignant and moving, providing a glimpse into the lives of the soldiers who put their lives on the line every day.

If you're looking for an edge-of-your-seat read, Sniper One is definitely worth checking out. 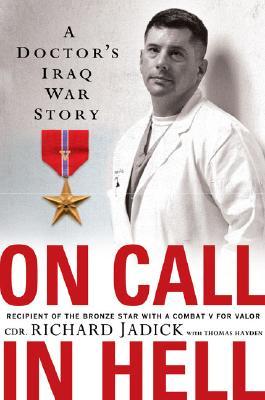 This story follows his time as a medic helping injured soldiers during the Battle of Fallujah.

Jadick's story is one of courage and resilience in the face of unthinkable challenges and horrors.

13. One Bullet Away: The Making of a Marine Officer 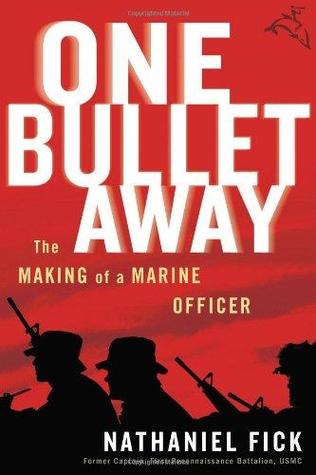 This book tells the story of Nathaniel Fick, a Marine officer who fought in Iraq and Afghanistan. It's an amazing tale of courage and perseverance, and it's sure to captivate readers from start to finish.

Fick takes readers on an unforgettable journey, detailing everything from his intense training to the dangerous battles he fought in.

If you're interested in learning more about what it takes to be a Marine officer, this is definitely the book for you.

>> More books about the Afghanistan War

14. The Assassins' Gate: America in Iraq 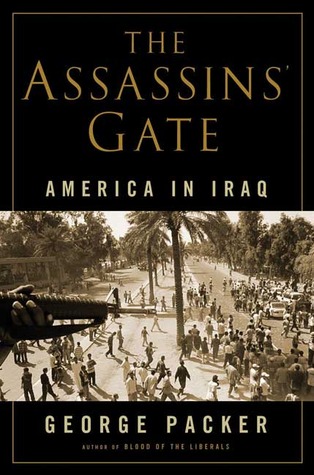 George Packer's The Assassins' Gate: America in Iraq is a beautifully written and compelling account of the United States' involvement in Iraq. The book provides an insightful and unflinching look at both the Bush administration's march to war and the subsequent years of occupation.

15. We Were One: Shoulder to Shoulder with the Marines Who Took Fallujah 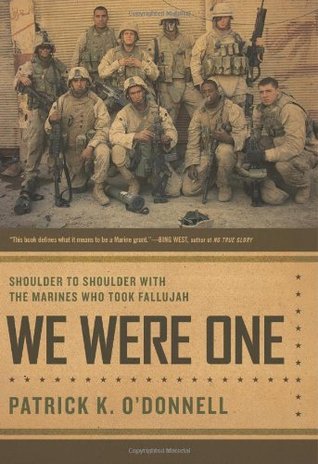 In 2004, a convoy of American Marines rolled into Fallujah to take back the city from insurgent control. What followed was some of the most brutal and intense urban combat in recent history. Soldiers went door to door to battle and were faced with explosives, suicide bombers, and other intense situations.

In We Were One, Patrick O'Donnell tells the story of those Marines in the 1st Platoon and their fight to reclaim Fallujah.

Through first-hand accounts from the soldiers who fought there, O'Donnell brings readers inside the battle for Fallujah and provides a never-before-seen glimpse into the lives of America's military elite.

16. Echo in Ramadi: The Firsthand Story of US Marines in Iraq's Deadliest City 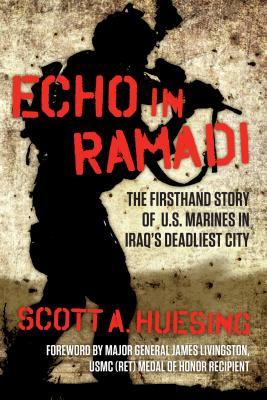 Written by: Scott A. Huesing

In 2006, Echo Company of the United States Marine Corps was deployed to Ramadi, Iraq—one of the deadliest cities in the country. For over a year, they fought against insurgent forces in some of the most intense urban combat since Vietnam.

In this powerful and harrowing book, one of Echo Company's Marines, Scott A. Huesing, tells their story for the first time.

It is a brutal and terrifying account of life and death in Baghdad's "City of Death."

17. The Last Punisher: A SEAL Team Three Sniper's True Account of the Battle of Ramadi 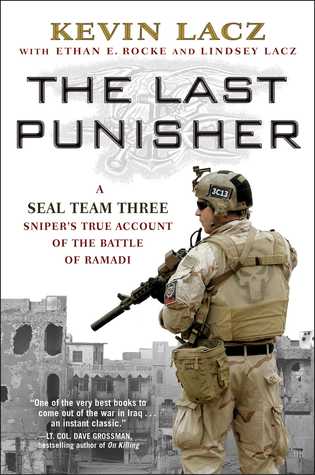 The Battle of Ramadi was a pivotal moment in the Iraq War. After months of fierce fighting, the city finally fell to US forces in November 2006. The victory was due in large part to the efforts of SEAL Team Three snipers, who had been operating behind enemy lines for months, picking off key targets and disrupting enemy operations.

One of those snipers on the team was Kevin Lacz.

In his book The Last Punisher, Lacz tells the tale of his time in Ramadi and offers a rare glimpse into the life of a Navy SEAL sniper.

>> More books about the Navy Seals

18. House to House: An Epic Memoir of War 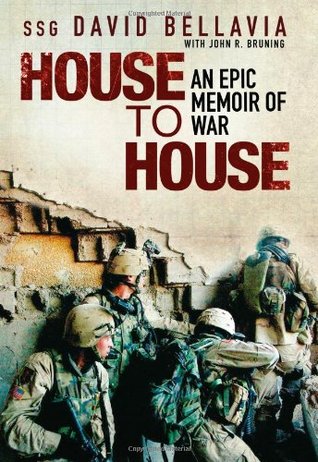 Iraq War veteran and author David Bellavia offers an unforgettable, eye-opening look at the Iraq War in his book House to House. Describing the war from both his perspective as a soldier on the ground and that of his family members waiting for him back home, Bellavia's memoir is hailed as "an epic story" (The New York Times).

He includes stories about other soldiers (some that don’t make it back home) and a battle he took on alone. It’s another fantastic look at the difficult fight in Fallujah.

19. The Gamble: General David Petraeus and the American Military Adventure in Iraq, 2006-2008 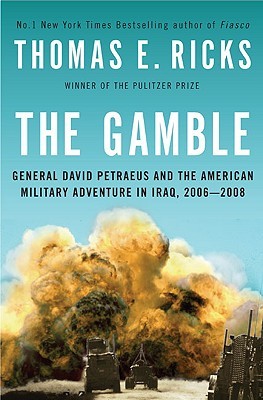 In 2007, General David Petraeus assumed command of the Multi-National Force-Iraq (MNF-I), a coalition of over forty nations fighting to bring about stability in Iraq. The situation on the ground was dire: sectarian violence had spiraled out of control, and the Iraqi security forces were in disarray.

Many believed that there was no way to turn things around and that America's military involvement in Iraq was a lost cause. But General Petraeus refused to give up, and through his innovative approach to counterinsurgency warfare, he managed to stabilize the country and pave the way for eventual victory.

This is the story of General Petraeus's improbable journey from maverick general to one of America's most celebrated military leaders. 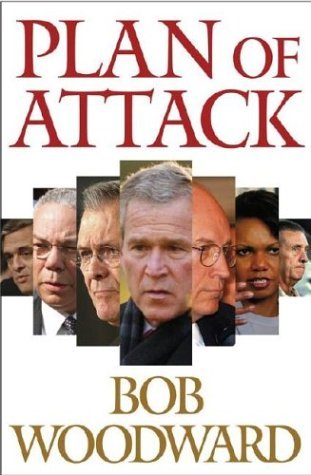 If you're a fan of political thrillers, then you'll want to add Plan of Attack by Bob Woodward to your reading list. This book is a behind-the-scenes look at the lead-up to the Iraq War, and it's sure to keep you riveted from start to finish.

Woodward interviewed dozens of those close to Bush and other leaders. In this book, he does an excellent job of painting a picture of the inner workings of the Bush administration.