Best Books on Watergate: 12 In-Depth Reads for Your List

Watergate has been a topic of intense public interest for over forty years. The events that took place in the early 1970s sparked a political firestorm that still burns today.

But what do we really know about Watergate?

These 12 books provide an in-depth look at the scandal, its aftermath and President Nixon's involvement. 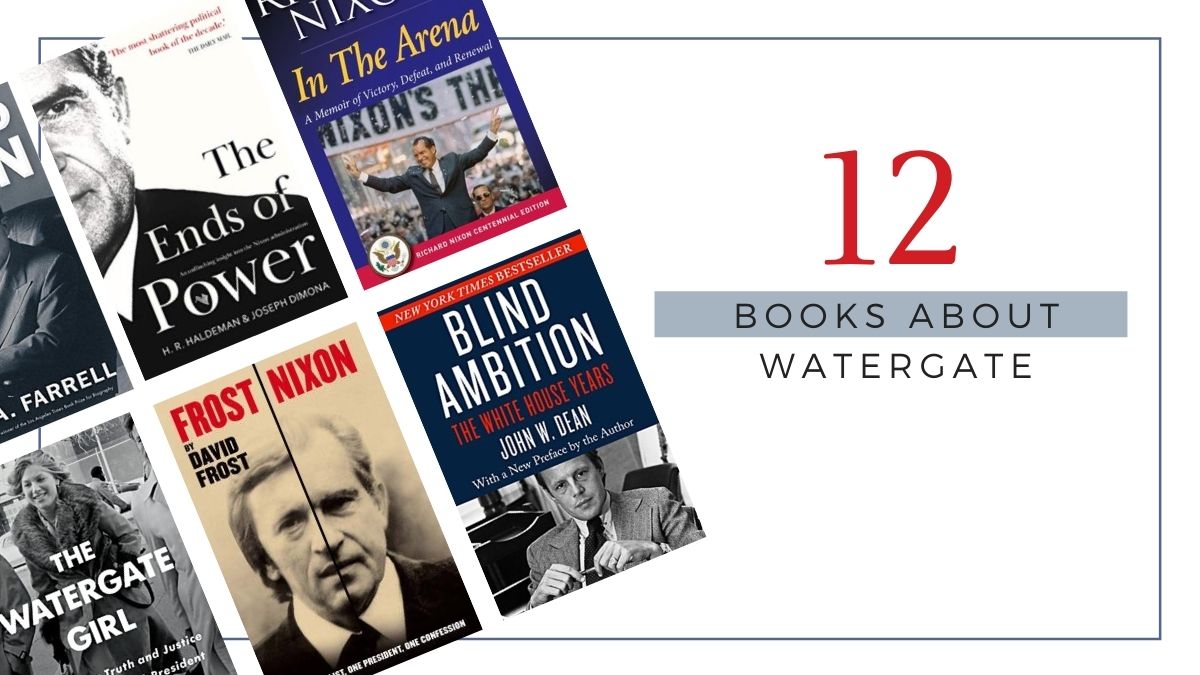 1. All the President’s Men 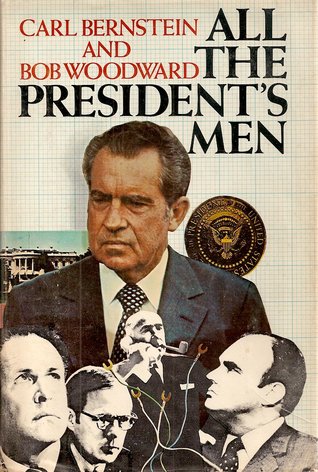 Arguably the most important book about the Watergate scandal, this is a must-read if you want to get a deep understanding of how corrupt Nixon’s presidency was. This is where the infamous "Deep Throat" comes forward and gives Bernstein and Woodward information that blew apart everything that the Republican leadership was trying to hide. This book was published barely two months before Nixon resigned.

Even though most people, including most reporters, thought the break-in at the Watergate Democratic headquarters, Bernstein and Woodward realized there was so much more. We love this one because it feels like a detective mystery and not just a dry book relating facts and data.

You will feel like you are there as these reporters slowly break the story and help preserve democracy.

It is listed on Time Magazine's All-Time 100 Best Nonfiction Books, and the authors won a Pulitzer Prize for it. 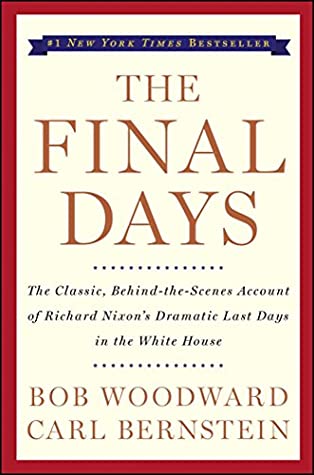 Most people see this as a continuation of All The President's Men. However, it is so much more focused on the corrupt people in Nixon's presidency compared to their own story tracking down the crime. No one is spared or ignored if they influenced what happened during this event in 1972.

Some of the characters include Chief of Staff General Alexander Haig, who most believe was "Deep Throat," and he is a self-centered and connives for his self-interests.

Then there are the staff members such as Ken Clawson, who never accepts that Nixon had ordered the break-in no matter the evidence. They write about Julia Nixon, his daughter, and her beliefs about these events. Everything they write about is from first-hand accounts and is incredibly illuminating. 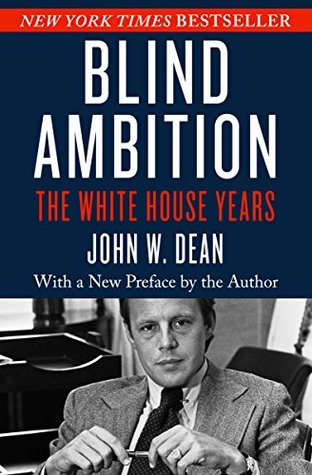 You can't get much closer to a president involved in a scandal than the White House Counsel. That is precisely who John Dean was during Watergate. According to Dean, he was brought on by the Nixon administration, and they set him up to be the fall guy for their conspiracy against the U.S. At one point, Dean decided what Nixon and his people were doing and that he needed to speak out against it.

Something that we found very interesting is how the Nixon presidency used Dean to hide everything illegal that Ehrlichman and Haldeman were doing. Still, he ended up going against them and the president when he was being impeached. One can question whether Dean was complicit in some of this since he knew about it when it was happening.

Still, his strength to testify in Congress is an example of his character compared to everyone else who was part of Watergate. His book was written very soon after the scandal; the information was fresh in his mind and has been primarily proven correct.

4. Watergate: The Corruption of American Politics and the Fall of Richard Nixon 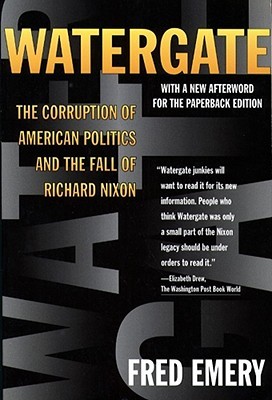 This is an incredibly comprehensive history of everything leading up to and including the trial and impeachment. Emery does a great job of making a very complex and confusing story into one that is clearer and easier to understand. Not only does he explain Watergate and how that led to the resignation of Nixon, but he also shows that Nixon and his administration were using illegal means basically from the day they took office.

Some of the exciting details that we've never seen elsewhere include members of the administration going out on a boat with many sex workers, putting LSD into people's drinks, and much more. Unless you read this book, you can't even begin to imagine what happened or has been reported elsewhere.

5. Frost/Nixon: Behind the Scenes of the Nixon Interviews 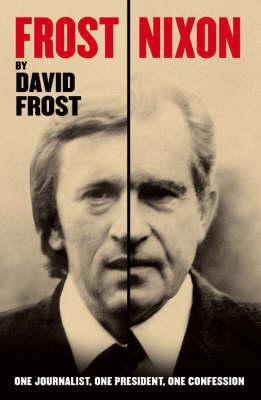 These interviews are famous for the simple question of whether the president could do something illegal. Nixon answered, "Well, when the president does it, that means that it is not illegal." during these sessions, Frost and Nixon spent 29 hours talking over four weeks, so it is incredibly in-depth, and Sir Frost does a fantastic job of summing them up.

Amazingly, Nixon was honest and took responsibility for his part in Watergate and his disappointment for failing the citizens. 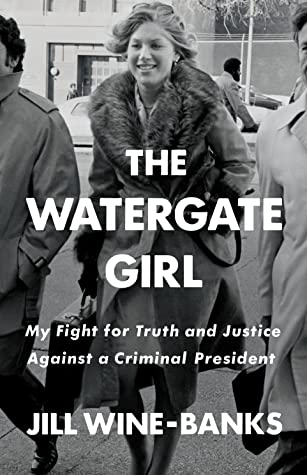 During Nixon's presidency, equality and civil rights were routinely ignored, or the White House squashed them. In comes Jill Wine-Banks, who had been a deputy attorney general, so no matter the sexism of the times, she was eminently qualified to do the job. However, the press called her the mini-skirted lawyer because of the sexism of the times.

Because of her incredible intelligence and skill, she was asked to be part of the group investigating Nixon. More than just about Nixon and Watergate, this book is also a memoir of what Wine-Banks had to fight through to be respected and treated equally.

Being that it was newly written, she also goes into what has happened, regarding equality and freedom, since the times of Watergate. 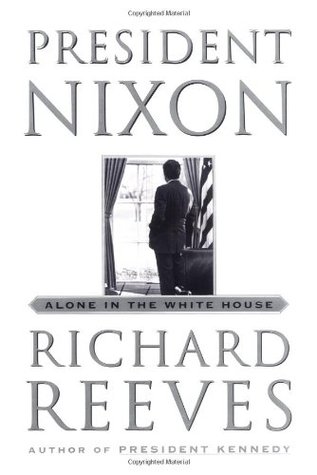 This book goes into how Nixon, even well before Watergate, dreamt of being president and didn't care how he got there. However, as a narcissistic and paranoid person, he was spying on his aides, going through personal information, and doing anything and everything to plan. An example of this is that before Watergate, Nixon and Kissinger worked with the CIA to cover up U.S. soldiers killed in Vietnam. This, of course, led to the Pentagon Papers.

Being that Reeves recorded most of the interviews of people involved in the Nixon presidency, it gives an open and honest view of the truth. If you are into detail, this is a must-read since Reeves shows the second-by-second day of Nixon's first day in office.

He also shows how hectic and unstable Nixon's day-to-day life was while being president. It is incredible to see how much a president would have to deal with, especially with someone as paranoid as Nixon.

>> More books about the Vietnam War

8. In the Arena: A Memoir of Victory, Defeat, and Renewal 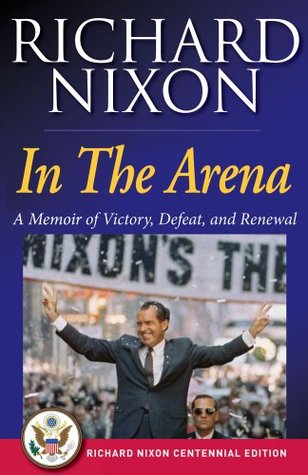 Who would know more about Nixon than the man? Now, you can always question the truth since he has been proven to have lied about so much in his life and is biased. In the Arena: A Memoir of Victory, Defeat, and Renewal is an excellent book to give you more insight written by former U.S. President Richard Nixon.

The book tells the story of Nixon's life both in and out of politics, from his early days as a Navy officer to his eventual resignation from the presidency. Nixon offers candid insights into his successes and failures, providing readers with a unique perspective on one of America's most controversial figures. 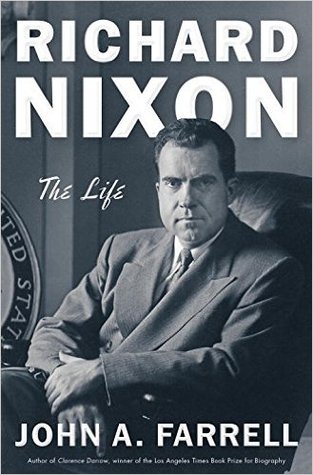 Written by: John A. Farrell

In John Farrell's book, Richard Nixon: The Life, the author provides a comprehensive and intimate account of the 37th president of the United States. Drawing on over three hundred interviews with Nixon himself, as well as his closest family and friends, Farrell offers a remarkable portrait of one of our country's most controversial and enigmatic leaders.

From his earliest political ambitions to his historic summit meeting with Chinese Premier Zhou Enlai, from the Watergate scandal to his stunning comeback as president in 1968 and 1972, Nixon is portrayed here in all his remarkable complexity.

This is an essential volume for anyone seeking to understand one of the most fascinating - and ultimately tragic - figures in American history.

10. Will: The Autobiography of G. Gordon Liddy 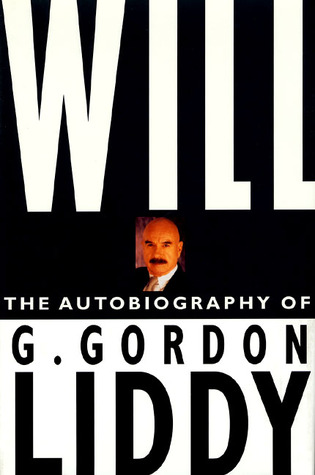 G. Gordon Liddy, notorious former lawyer, FBI agent, an operative for the Committee to Re-elect the President (CRP), has finally revealed the inside story of the Watergate scandal that rocked American politics in his tell-all autobiography, Will. Many people know about Watergate, but Liddy was the "White House Plumbers" leader who did the break-in.

This fascinating book is a no-holds-barred account of Liddy's life as a "foot soldier" in the political trenches, from his early days as an enthusiastic Young Republican to his fateful meeting with E. Howard Hunt at CRP headquarters on June 17, 1972—the day that changed everything.

In gritty detail, Liddy recounts how he and his fellow conspirators plotted and executed their plan to break into Democratic National Committee headquarters at the Watergate complex, culminating in one of the extensive abuses of presidential power at that time. 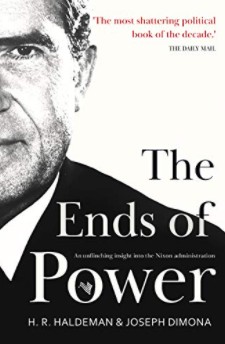 The long-term Chief of Counsel for Nixon, Haldeman, gives the story from someone who was in the perfect position to see what occurred during it. In what seems the normal state of the presidency, it shows how almost everyone in power was using others to further their capabilities by lying, cheating, and any other methods available to them.

The book has numerous mini-chapters, so it is easier to understand, but it is still very complex and fleshes out the Watergate scandal. As someone who spent time in prison, Haldeman condemns others and takes responsibility for his actions during Watergate. He also believed that if Watergate hadn't occurred, the administration would have achieved civil rights, peace in the Middle East, and so much more.

That seems questionable when considering how corrupt so many were in it, but we can only guess what might have happened.

12. Chasing Shadows: The Nixon Tapes, the Chennault Affair, and the Origins of Watergate 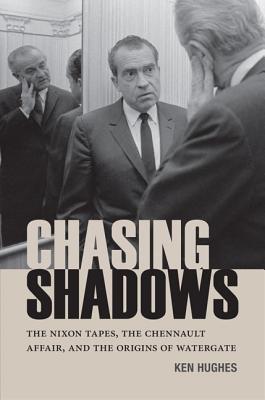 In 1973, as the Watergate scandal unfolded, President Richard Nixon and his aides were keen to contain the fallout. To that end, they sought to keep secret a damning recording of a September 1972 conversation between Nixon and his chief of staff, H.R. Haldeman.

Nixon agreed to order the CIA to obstruct the FBI's investigation into the Watergate break-in in that discussion. The obstruction effort was known as the "Chennault Affair," after Nixon campaign aide Anna Chennault contacted South Vietnam's ambassador in Washington to urge him not to sign a peace agreement with President Lyndon Johnson, thus prolonging the war.

Thanks to modern technology, we now know that the Chennault Affair helped lead to Watergate as Nixon became more paranoid that people would find out about this treasonous activity.

>> More books about the CIA